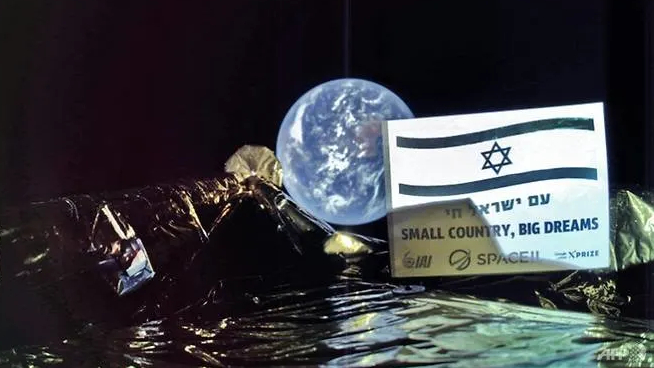 An Israeli ship on the country's first lunar mission began to orbit the moon on Thursday, completing a key maneuver before a planned landing next week, mission chiefs said.

The move, known as "moon capture", changed the unmanned Beresheet ship to an elliptical orbit that took it 500 kilometers from the Moon.

"This maneuver allowed the ship to be captured by the gravity of the Moon and begin to orbit the Moon, and with the Moon orbit the Earth," the project's main partners said in a statement.

The ship aims to make history twice, as the first lunar landing of the private sector and the first of the Jewish state.

The NGO SpaceIL and state-owned Israel Aerospace Industries launched Beresheet, in Hebrew for Genesis, from Cape Canaveral in Florida on February 22.

The 585 kilogram vessel took off on a Falcon 9 rocket from the US-based private company SpaceX. by Elon Musk.

The trip is scheduled to last seven weeks, and the Beresheet must land on the Moon on April 11.

So far, only Russia, the United States and China have made the journey of 384,000 kilometers and landed on the Moon.

So far, only Russia, the United States and China have made the journey of 384,000 kilometers and landed on the Moon. / VCG Photo

So far, only Russia, the United States and China have made the journey of 384,000 kilometers and landed on the Moon. / VCG Photo

"The lunar capture is a historical event in itself, but it also joins Israel in a seven-nation club that has entered the orbit of the Moon," said SpaceIL president Morris Kahn.

"In a week from today we will make more history by landing on the Moon, joining three superpowers that have done so."

The Israeli mission comes amid renewed global interest in the Moon, 50 years after American astronauts surfaced for the first time.

China's Chang-e-4 made the first soft landing on the other side of the Moon on January 3, after a probe sent by the country made a lunar landing elsewhere in 2013.

For Israel, the landing itself is the main mission, but the ship also carries a scientific instrument to measure the lunar magnetic field, which will help to understand the formation of the Moon.

It also carries a "time capsule" loaded with digital files containing a Bible, drawings of children, Israeli songs, memories of a Holocaust survivor and the blue and white flag of Israel.

(Cover: The Israeli spacecraft Beresheet will land on the Moon on April 11).