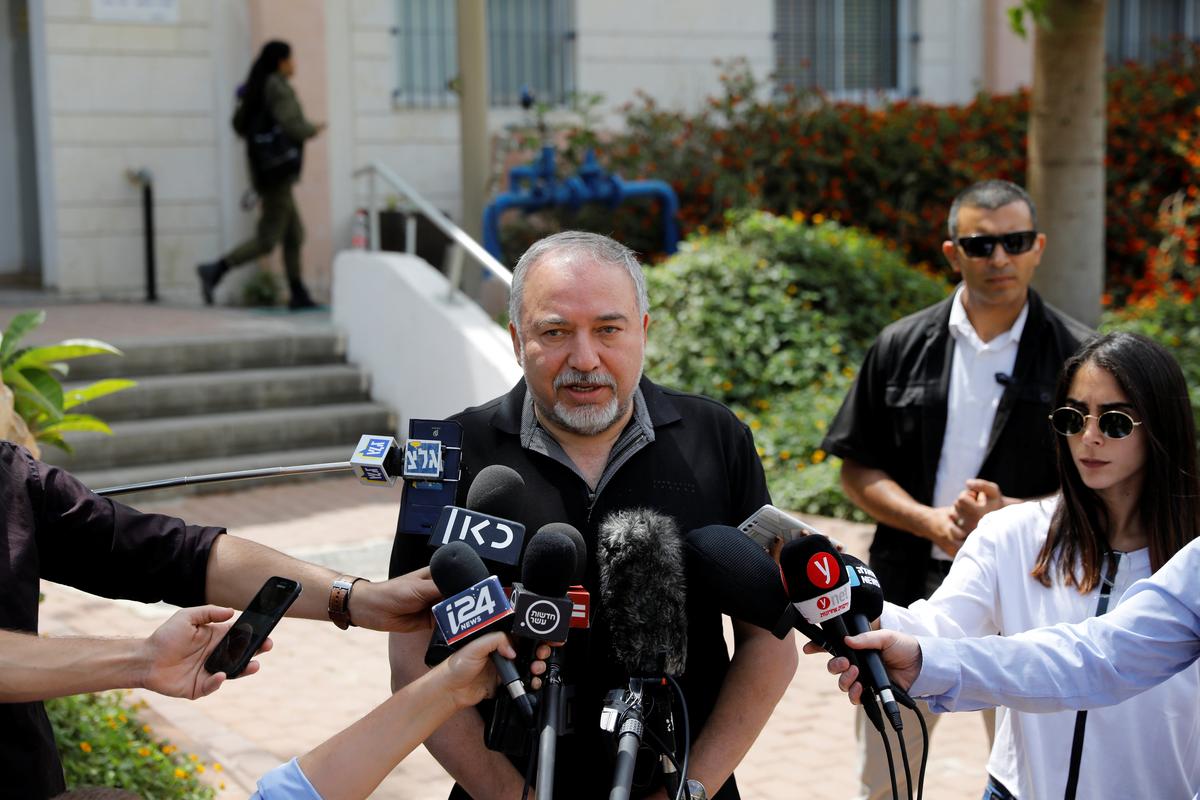 JERUSALEM (Reuters) – Israel's defense minister said on Thursday he plans to request approval next week for the construction of some 2,500 new homes in Jewish settlements in the occupied West Bank, prompting the Palestinians' condemnation.

Israeli Defense Minister Avigdor Lieberman speaks after attending a meeting at an Israeli military base near Kissufim on the Israeli side of the border between Israel and the Gaza Strip, May 16, 2018. REUTERS / Amir Cohen

Avigdor Lieberman, writing on Twitter, said that a regional planning board would be asked to designate 1,400 of the housing units for immediate construction.

"We will promote construction throughout Judea and Samaria, from north to south, in small communities and in large communities," Lieberman said, using the biblical names of the West Bank.

He published the announcement two days after the Palestinians asked the prosecutors of the International Criminal Court (ICC) in The Hague to initiate a thorough investigation of the accusations of human rights violations by Israel in the Palestinian territory.

"Lieberman's decision is an Israeli message to the world, the ICC, the United Nations and human rights organizations that Israel is thwarting all international efforts to rescue the peace process," said Nabil Abu Rdainah, spokesperson of Palestinian President Mahmoud. Abbas.

Settlements are one of the hottest issues in efforts to resume peace talks between Israelis and Palestinians, frozen since 2014.

Palestinians want the West Bank to be a future state, along with East Jerusalem and the Gaza Strip of Gaza. Most countries consider the settlements that Israel has built in the territory it captured in the 1967 Middle East War illegal.

Israel denies that its settlements are illegal and says its future should be determined in peace talks with the Palestinians.

The Trump administration has been working on a new peace proposal. David Friedman, the US ambbadador to Israel, said on Wednesday on Channel 10 of Israel that the plan had not been finalized and that he believed it would be presented "within a few months."

Some 500,000 Israelis live in the West Bank and East Jerusalem, areas that also house more than 2.6 million Palestinians. The Palestinians have argued for a long time that Israeli settlements could deny them a viable and contiguous state.