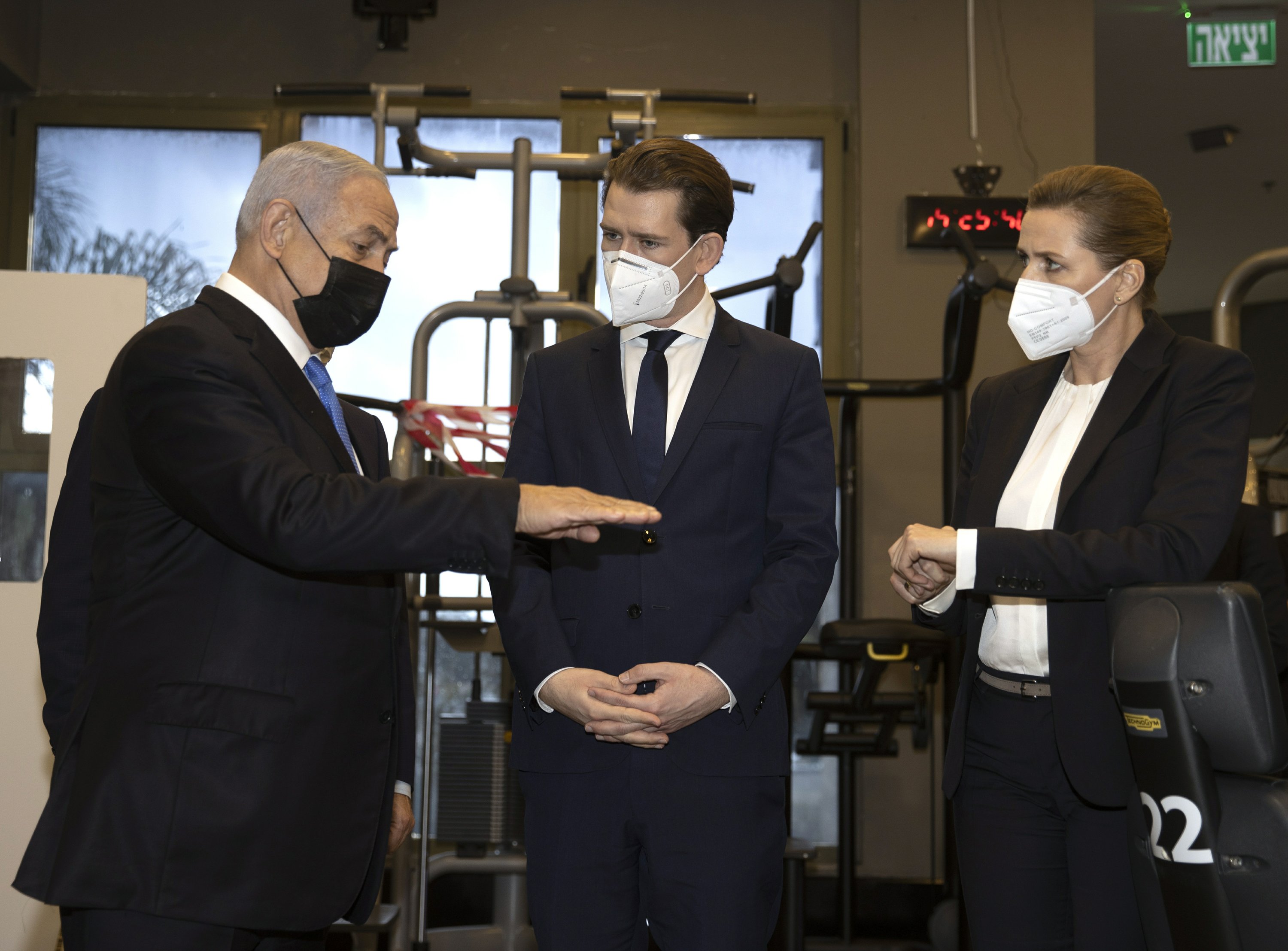 TEL AVIV, Israel (AP) – Israel, Denmark and Austria agreed Thursday to join forces in the fight against COVID-19 with an investment in research and vaccine deployment to protect people against new waves and mutations of the coronavirus.

The leaders of the three countries said their alliance will establish a foundation and vaccine distribution plants in Europe and Israel, based on Israel’s world’s leading inoculation campaign.

The effort aims to pre-empt another expected increase in COVID-19 and the uncertainty of how long the inoculations will remain effective. Details, such as costs and timeline for opening the projects, are still being worked out, the leaders said.

“We believe that by pooling the resources of three small but very capable and gifted countries, we can better meet these challenges,” said Prime Minister Benjamin Netanyahu. He added that other countries have also expressed interest in the effort.

Austrian Chancellor Sebastian Kurz added that “this pandemic can only be overcome through global cooperation.”

That has been a sensitive issue, as campaigns to fight viruses faced challenges in places like Europe and raised concerns that the pandemic would last longer in poorer countries that cannot afford vaccination campaigns.

Israel has inoculated more than half its population in one of the most successful vaccination campaigns in the world, although it has faced some criticism for failing to deliver significant amounts of vaccines to Palestinians..

That is expected to change next week with Israel providing vaccines to some 100,000 Palestinian workers working in Israel or its West Bank settlements. Still, the vast majority of the estimated 5 million Palestinians in the West Bank and Gaza Strip will remain unvaccinated.

While Israel does not produce vaccines, the prime minister has moved aggressively to secure enough vaccines for Israel’s 9.3 million people in deals with Pfizer and Moderna. Netanyahu has even offered some surplus vaccines to allied nations..

European leaders said they wanted to learn from Israel’s success. Austria is among several members of the European Union who have expressed frustration over the slow launch of the vaccine among the 27-nation bloc. Kurz said he was happy with some of the EU’s handling of the crisis, “but we must also cooperate around the world.”

Hours earlier, Kurz and Danish Prime Minister Mette Frederiksen joined Netanyahu at a gym in Israel to observe how vaccine certifications, known as a “green pass” or passport, work. Only people with the badge that indicates that they have been vaccinated, obtained through an application, can use the gyms and go to concerts.

“Vaccine production involves many steps, so we will divide the task between us, and each one should focus on specific ones,” said Kurz, who said his country will need around 30 million doses for the next expected stage of pandemic. Austria has vaccinated just over 6% of its population.

Frederiksen said he would also like countries to cooperate in clinical trials. Denmark has inoculated just over 7% of its population as of March 1.

“We all have promising research that could pave the way for next-generation platforms,” ​​he said.