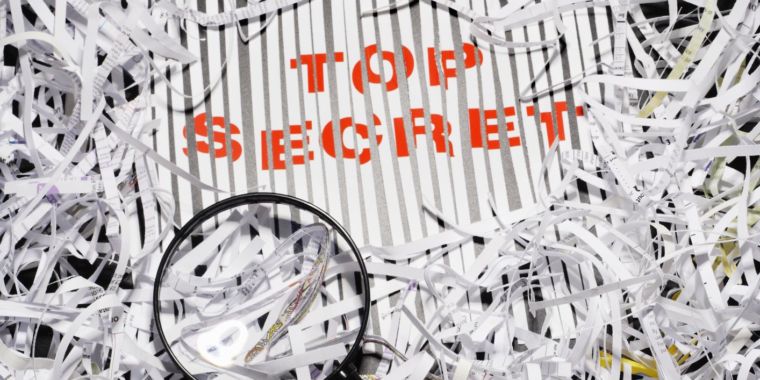 The hidden fees that appear on broadband bills after customers subscribe to the service have been a source of frustration for Internet users.

Because announced prices often do not reflect the total cost of the service, the Federal Communications Commission 2015 forced ISPs to be more transparent with customers about hidden fees and the consequences of exceeding data limits. The new requirements formed part of the net neutrality rules and, therefore, will be eliminated when the FCC votes to repeal the rules next week.

While FCC chairman Ajit Pai proposes to maintain some of the commission's existing disclosure rules and impose some new disclosure requirements, ISPs will not have to tell consumers exactly how much it will cost when they sign up for registration. service.

The rules were extended in 2015

There have been two major versions of the FCC transparency requirements: one created in 2010 with the first network neutrality rules and one expanded version created in 2015. Both sets of rules of transparency survived the judicial challenges of the broadband industry.

The 2010 requirement revealed prices, including "monthly prices, based on usage". fees and fees for early termination or additional network services. "

That somewhat vague requirement will survive the derogation of Pai's network neutrality. But Pai proposes to eliminate the enhanced disclosure requirements that have been in effect since 2015.

Here are the disclosures that ISPs have to do now, but they will not have to do so after the repeal:

The net neutrality denial proposed by Pai says that those requirements and others were adopted in 2015 are too expensive for ISPs. [19659000] "[W] retain the transparency rule established in the [2010] Open Internet Order with some modifications, and eliminate the additional reporting obligations of [Título19659015] Title II Order ", says Pai's proposal. "We found that many of those additional reporting obligations significantly increased the burdens placed on ISPs without providing compensatory benefits to consumers or the Commission."

The FCC also makes it difficult for consumers to find disclosures of ISPs. According to the 2010 and 2015 rules, disclosures should be made on the suppliers' websites and at the point of sale so that consumers know what they are getting into before buying the service.

But Pai's proposal says that ISPs should be able to make disclosures in the "least burdensome" way. In the future, this is how the FCC will require disclosures:

the strict disclosure process will clearly apply to the new transparency requirements that we will discuss later in this article. But it is not clear to us whether any of the retained disclosures of the 2010 rules will have to be made at the point of sale. We asked the FCC this question last week and today and we are still waiting for an answer.

In addition to price disclosures and data limits, the transparency rules of 2010 and 2015 also require ISPs to tell customers about network performance and how they manage their networks.

Speed ​​and latency had to be revealed according to the 2010 rules, along with the steps that ISPs take to manage congestion, the limitations imposed on the applications and the rules and restrictions of the device.

improved these requirements by, for example, adding package loss as a required disclosure. The improved disclosures had to be "reasonably related" to the performance of the network in the geographic area of ​​a given consumer.

Limitations imposed on certain types of users or data plans should also be disclosed. In some cases, consumers had to be notified directly.

"We improved the rule to require a mechanism to directly notify end users if their individual use of a network will activate a network practice, depending on their demand before a period of congestion, which is likely to have a significant impact in the use of the service by the end user ", indicated the 2015 rules.

The FCC also created optional" nutrition labels "that ISPs could use as a method to comply with enhanced transparency rules:

The repeal of Pai will eliminate the direct notification requirement, calling it "unduly burdensome for ISPs and unnecessary in light of the other forms of public disclosure required."

The optional broadband nutrition labels are also being phased out. Pai's plan. Improved disclosures, including packet loss and geographic requirements, were also ruled out, and Pai argued that consumers generally do not understand network performance statistics:

[C] consumers have little understanding of what it means the loss of packages; what they want is to know if their Internet access service will admit applications in real time, which is the impact of these measures of performance on the consumer.

We asked Pai's office if he believes that consumers are also confused by the revelations that will soon be eliminated about hidden fees and the consequences of reviewing data limits. We have not received an answer

The new version of the transparency rules is influenced by the derogation proposed by Pai of blocking prohibitions, acceleration and paid prioritization. Pai argues that consumers will be protected whenever ISPs disclose such behavior.

After the derogation, ISPs will be able to block, accelerate and prioritize the content in exchange for a payment. They will have to disclose those activities on their websites or provide the information to the FCC, although they will not have to make those disclosures to consumers at the point of sale.

In addition to blocking, acceleration and prioritization pays ISPs should disclose the prioritization of their own content, congestion management practices and limitations imposed on specific types of applications or devices.

Those disclosures, even without actual prohibitions on those practices, will be enough to protect Internet users, Pai argues.