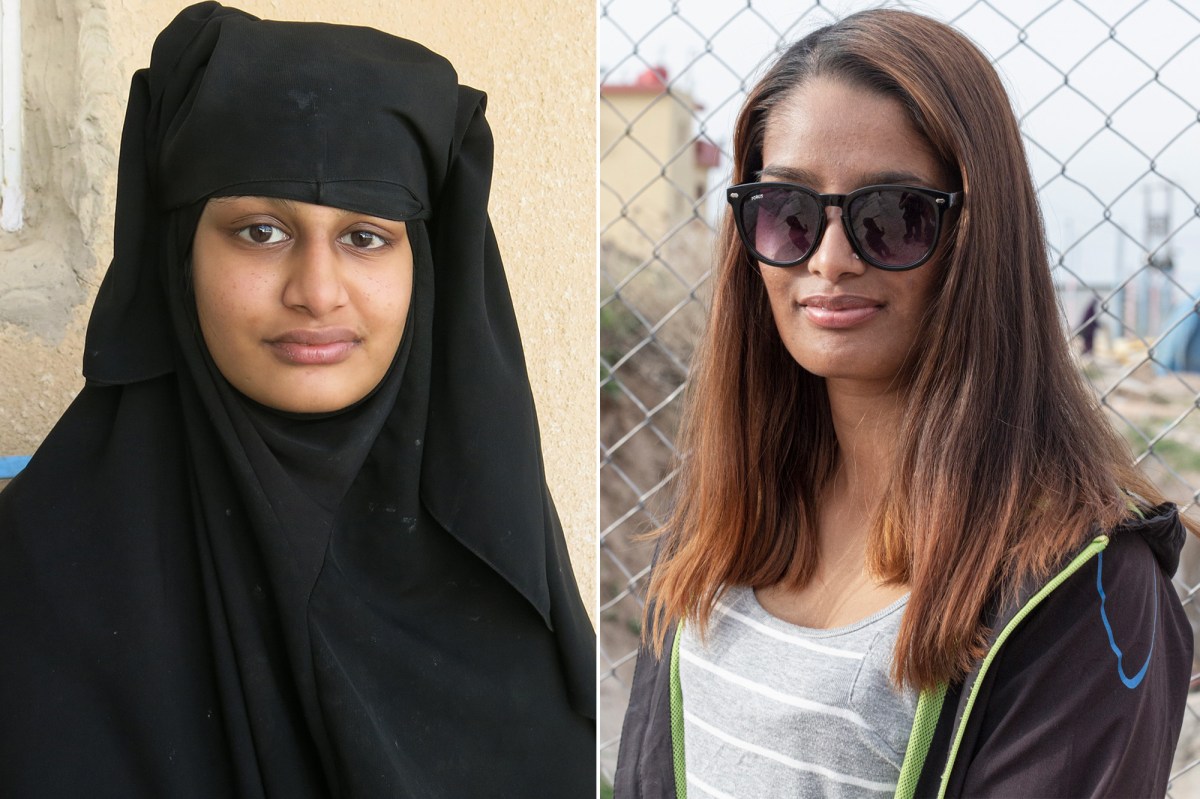 ISIS girlfriend Shamima Begum has ditched her traditional Islamic garb for Western rags in her Syrian refugee camp, looking more like a British tourist in shades of a striped T-shirt and zip-up sweater.

The 21-year-old’s outfit at the Al Roj camp contrasted with the black niqab she was wearing when she was found in 2019, when she expressed her support for the terror group.

Begum is trapped in the detention camp after the UK Supreme Court unanimously rejected her request to return to Britain.

She shook hands with the Telegraph on Sunday, but politely declined to be interviewed, citing legal advice, although she agreed to be photographed.

Begum was just 15 when she and two other London schoolgirls traveled to Syria to join the jihadists.

Their citizenship was revoked on national security grounds in 2019. The other two are believed to have been killed in the clashes.

She has lost three children born in subsequent years, the last a boy born in 2019 after marrying an ISIS fighter from the Netherlands. That year, she told Sky News that her first two children died “of illness” in a camp.

On Monday, a lawyer for her family accused Britain of racism over her treatment, calling her a “tragic scapegoat”.

“What happened to Christian forgiveness? Doesn’t it apply to a woman, and also to a dark-skinned one? It seems that different rules apply, ”said lawyer Tasnime Akunjee and sculptor Anish Kapoor in a joint statement, Agence France-Presse reported.

“Is it that some of us are more British than others? Shamima is of Bangladeshi descent, does that change her right to British citizenship? ” they said.

“I am tempted to think that it does so especially in light of the Supreme Court ruling,” the two added.

Kapoor, best known for his concept art installations, and Akunjee called the UK position “a shameful indictment of our national conscience”, suggesting that “four young white schoolgirls” from a less ethnically diverse area outside London would be “without doubt “treated differently.

“This is ‘divide and rule’, the horror that sustained the British Empire for 200 years. Have we regressed until now practicing this at home? ” they asked.

The camp manager, Nora Abdo, said British women at the camp routinely reject requests from the media based on legal advice, adding that they are well behaved and do not cause problems.

Abdo told the news outlet that some women in the camp have rejected the extremist ideology.

“We have noticed the change in her clothes,” he said. “They want to go home. They say they are willing to pay the penalty for their crimes. Some are thinking about the future of their children. “