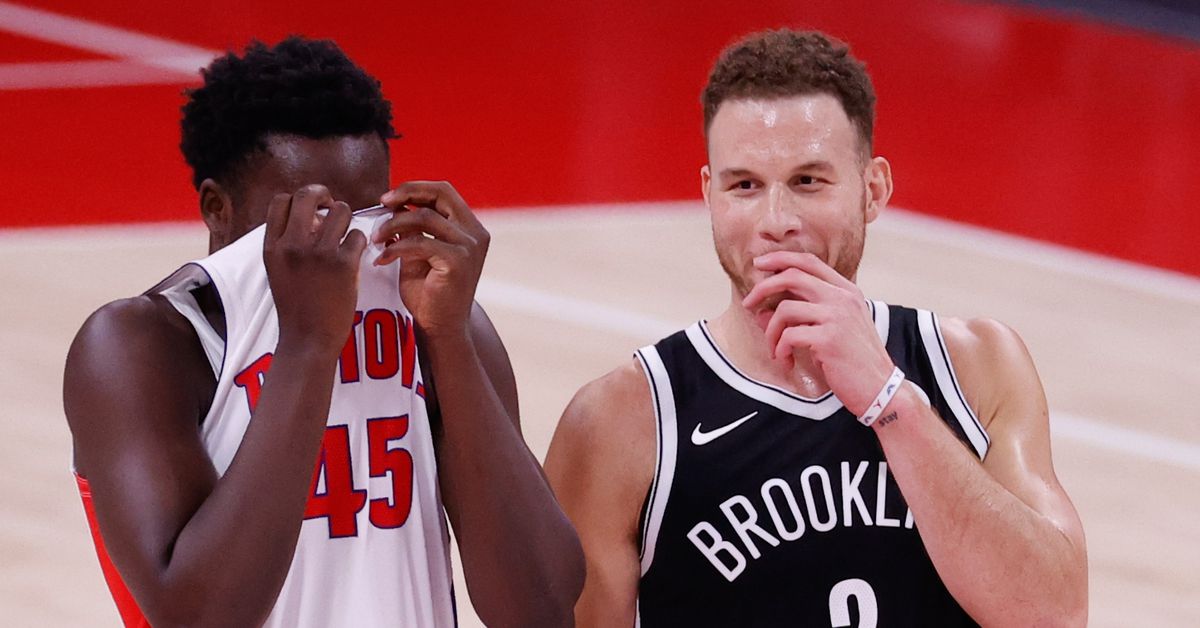 Blake Griffin returned to Detroit for the first time since the team bought him and caught up with the Brooklyn Nets. Griffin was obviously full of energy and had his best game as a Net in the team’s 113-111 win. Blake had 17 points and a good alley-oop dunk. He also sold multiple calls, a Blake specialty, including one that got rookie Isaiah Stewart kicked out of the game.

Griffin recently announced a new prank show to air on TruTV, and I feel like tonight could have been a perfect segment. It all started when Griffin elbowed Stewart in the scrum after a free throw.

Stewart, who has shown he’s not willing to back off an inch from anyone this season, didn’t take it kindly and shoved an open hand or a bit of a forearm into Blake’s facial region.

Blake, always the interpreter, sells the move hard to make sure he gets the call.

This resulted in a technical foul by Blake and a flagrant-2, automatic ejection of Isaiah Stewart. They didn’t explain the call on the floor, but I guess it’s because it was an intentional blow to the head, albeit a lot lighter than Griffin made it out.

I really don’t blame Blake here. Selling the contact has always been part of their game. He will always look for contact and make sure he is recognized.

After the game, Casey said Stewart needs to know better.

“You can’t let them lure you into a situation like that. Understand your opponent and how he plays. Great learning experience. Hopefully he learns from it, ”Casey said.

But an expulsion for Stewart here was excessive. The game had already seen three techniques up to this point, including Blake’s during this play, so I suppose the referees were desperate to get the game under control, but come on. I’m not even sure Blake felt that little touch of love from Stewart.

If Isaiah Stewart wants me to feel something in retaliation, I’m sure he will have something else in mind. The guy is built like a tank.