Is it time to pause the reopening of California? 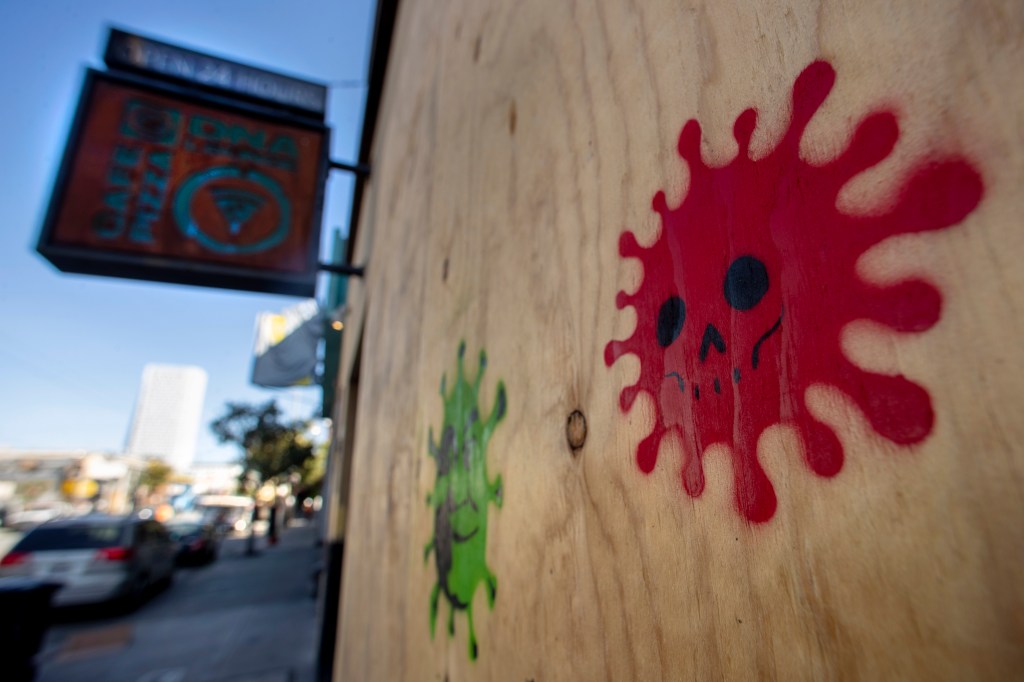 With COVID-19 cases rising to record levels, is it time for California to pause at the reopening?

The question crystallized on Friday when confirmed cases in the state passed 200,000 and hospitalizations continued a three-week upward march. Two Bay Area counties, San Francisco and Marin, said they would delay the hours that would have seen a new round of business open next week, and that Contra Costa could also slow down.

For his part, Governor Gavin Newsom called on Imperial County, the state’s worst hit with intensive care units dangerously close to capacity, to shut down or he would force the problem. But Newsom resisted suggestions in its daily press conference that it should take broader measures that would affect other regions.

However, as the governors of Florida, Texas and elsewhere withdrew from their reopening plans, several prominent medical experts called on this state to do the same.

“If we don’t act now, there’s no point waiting until we’re much worse,” said John Swartzberg, an infectious disease expert and professor emeritus at UC Berkeley.

Dr. Shashank Ravi, assistant medical director in Stanford Health Care’s emergency department, said his hospital has been preparing for both a second wave of COVID-19 and the upcoming flu season, and is concerned about how Californians have ventured out. in recent weeks, promoting viral spread.

“I think we need to pause and see where we are,” said Ravi. “I think people are moving more and more through counties, from south to north of California, from north to south of California, and that’s why we’re seeing more intermixes.”

Most worrying for experts like Swartzberg and Ravi are the strong upward trends in recently confirmed cases of COVID-19, which are approaching double the daily rate since early June, and hospitalizations, which have increased by more than 30 % in the last two weeks.

Alarmed by the numbers in her city, San Francisco Mayor London Breed announced on Friday the suspension of a plan to enter the third stage of Newsom’s four-phase reopening, which would have allowed salons, hair salons, salons of tattoos and other selected businesses. to resume activity. The decision was made after 103 test results tested positive for the virus in the past 24 hours.

“At our current rate, the number could quickly double,” Breed said. “If that continues and we don’t intervene, we will be in such a high number that our only option would be to close.”

Marin County said Friday night it would stop the reopening of gyms, hotels and body art professionals, fueled by an outbreak in San Quentin prison.

And Contra Costa County health officials, who had planned to reopen indoor restaurants, bars, gyms and hotels on July 1, also said they were “evaluating whether the county should continue its current reopening schedule.” It was in response to COVID-19 hospitalizations that increased by 42% in the past seven days, the average daily number of new cases rose from 39 to 68, and the proportion of infected people under age 40 increased from 38% to 55%.

Santa Clara County signaled its intention to review its reopening strategy, which has perhaps been the slowest in the state, next week as well. But officials were vague about what that would mean.

“What has been learned in the last four months is that it is not about the business you are involved in, but the activities you are doing,” said county executive Jeff Smith. “It is like driving a car on the highway. It doesn’t matter if it’s a truck or a sports car, if it’s accelerating, it puts people at risk. The focus had been on what he was driving or the business. “

At his press conference on Friday, Newsom focused particularly on Imperial County, home to the state’s highest per capita case rate with 3,000 cases per 100,000 residents. Southern California County borders Mexico, which is believed to have contributed to the problem.

Meanwhile, the Imperial County test’s positivity rate reached 23% in the past two weeks, dramatically higher than the state’s 5.3% rate.

“We are now in a position where we work with county officials and advise them to withdraw and re-institute their orders to stay home,” Newsom said. “If they cannot reach a consensus, I am committed to intervening.”

But Newsom dismissed questions about whether it would do the same for the most populous counties that have increased their activities and have seen a significant increase in infection as a result.

“California is not one size fits all … when you look at the California prism, the only responsible way to look at it is through a bottom-up lens,” Newsom said. The governor insisted that he is striking the right balance, urging people to continue to wear masks and avoid unnecessary activities, but others were not so sure.

“Our governor said we were going to follow the data. The idea of ​​following the data is that if we start to liberalize things and see that the cases don’t go up, we can continue to liberalize things, ”said Swartzberg. “But if the percentage starts to rise, we need to at least pause and reevaluate where we are. He is not following that plan at the moment. “

Dean Winslow, a Stanford professor of medicine specializing in infectious diseases, believes counties will soon have to return to more severe restrictions.

“I think at this point, probably (a) a very strict shelter in place is not going to fly,” Winslow said. “But I think with all the other measures, we should seriously consider maintaining at least for the potentially foreseeable future, until we have an effective vaccine.”