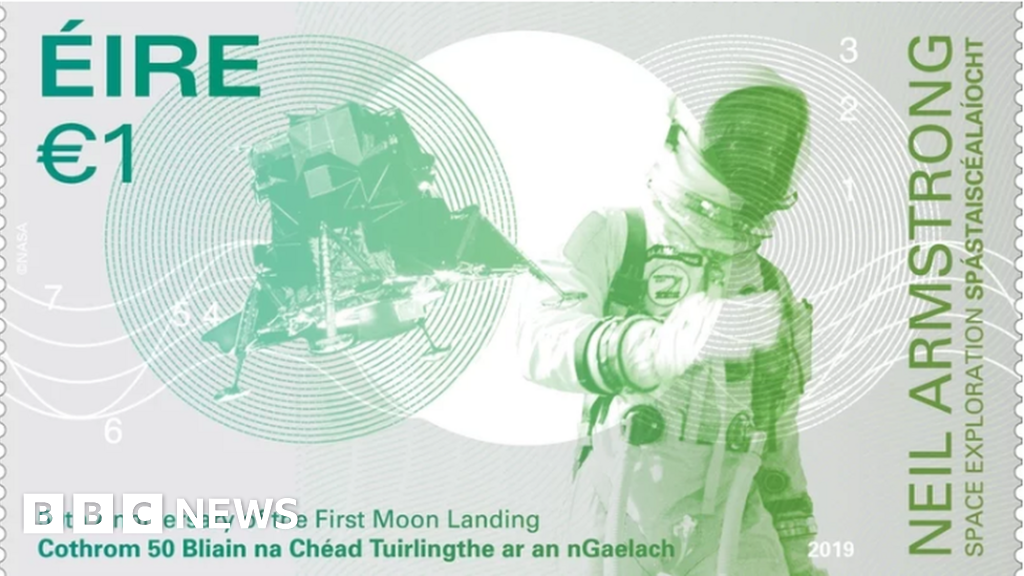 The Republic of Ireland's postal service has apologized for spelling "the moon" wrong in Irish on its new commemorative stamps celebrating the 50th anniversary of the Apollo landing.

The postal service, known as An Post, launched the stamps last week.

Four astronauts are featured on the stamps with Irish ancestry.

The Irish word for moon is "gealach". But the stamp accidentally spelled it "gaelach", which means being Gaelic, Irish or relating to the Scottish Highlands.

The mistake was spotted on social media in recent days.

"While the original Irish text was correct, the transposition of letters in a later draft was not picked up during final proofing, ahead of the printing and release of the stamps on July 4th last," An Post said.

"During the design process for the recent Space Exploration stamps, the letters 'a' and 'e' were transposed in the Irish language title on two of the four stamps."

An Post has said that it has made arrangements to ensure that such errors will not happen again.

She is one of four astronauts featured on the stamps, along with Neil Armstrong, Michael Collins and Eileen Collins.