Iraq accused of violating due process for ISIS suspects 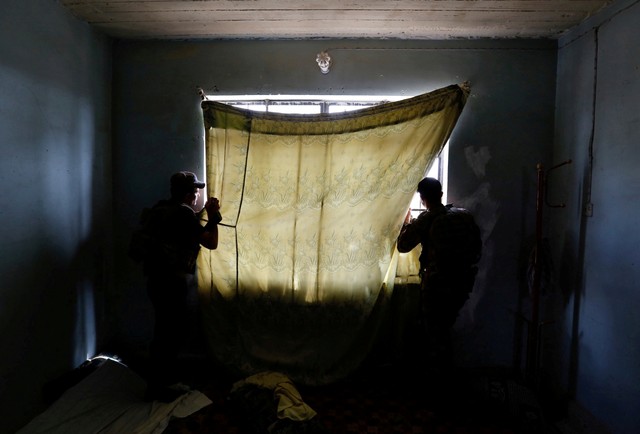 As the Sunni militant The group's self-proclaimed caliphate crumbles after its defeat in Iraq and Syria, thousands of suspects join it have been captured, detained and prosecuted. At least 200 people have been convicted and at least 92 executed, according to HRW.

Iraq faces the task of demanding justice from ISIS members, while preventing revenge attacks against people badociated with the group, but not directly involved in their activity. To act otherwise would only undermine efforts to create long-term stability in the region.

According to HRW, its 80-page report published on Tuesday "finds serious legal deficiencies that undermine efforts to carry out [ ISIS ) fighters, members and affiliates to justice."

A spokesperson for the Supreme Judicial Council of Iraq which oversees the federal judiciary, declined to comment on the content of the report prior to its publication.

Issues highlighted by the HRW report

– It is too easy to accuse someone of belonging to Islamic State and detain him. Wanted lists or accusations from the community without adequate evidence may result in the arrest of suspects for months, even if they have been charged

– Detention centers are overcrowded. The authorities do not separate the children from the detained adults. Although detainees must be brought before a judge within 24 hours of arrest under Iraqi law this is not implemented, violating due process of law.

– Detainees are often subject to torture. They are denied access to lawyers and their families are not informed of their whereabouts. Iraq and the authorities say they have investigated these allegations, but have not yet published any conclusions.

– Iraq i and the Kurdish courts rely heavily on anti-terrorist laws to prosecute the suspects, instead of using other provisions of the Iraqi Penal Code. As a result, victims are not included in the process since suspects are not prosecuted for individual acts of murder, rape, torture or enslavement, but for terrorism.

– Proof of guilt under the antiterrorist laws is easier because a judge only needs proof that a defendant was a member of IS to convict them. This means that anyone, from cooks and doctors who care for group members to real combatants, is subject to the same sentences, ranging from life imprisonment to death.

Launching such a broad network is also inefficient, since the courts would not have enough time or manpower to go through all the cases, says the HRW report. This prevents victims from accessing justice and violates the rights of detainees and persons arrested.

HRW said that when he expressed concern that prosecutors did not accuse suspects of crimes under the criminal code, judicial authorities said that it was not necessary to do so "Genocide and terrorism are the same crime Why would we need a separate charge for genocide? "He quoted the report to an anti-terrorist judge.

What to read next: