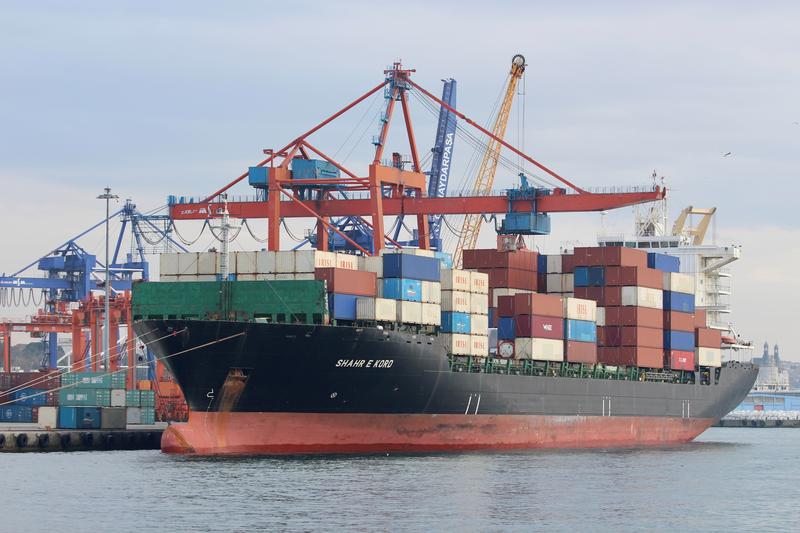 DUBAI (Reuters) – An Iranian container ship was damaged in an attack in the Mediterranean, the state shipping company said on Friday, adding that it would take legal action to identify the perpetrators of what it called terrorism and naval piracy.

The ship, Shahr e Kord, was slightly damaged in Wednesday’s incident by an explosive object that started a small fire, but no one on board was injured, spokesman Ali Ghiasian said, according to state media.

“Such terrorist acts amount to naval piracy and are contrary to international law on the safety of commercial navigation, and legal action will be taken to identify the perpetrators through the relevant international institutions,” Ghiasian said.

The ship was heading to Europe when the attack occurred and will depart for its destination after repairs, he added.

The Iranian-flagged ship last reported its position off the coast of Syria on March 10 while en route to the Syrian port of Latakia, Refinitiv ship tracking data showed.

Two maritime security sources said initial indications were that the Iranian container ship had been intentionally attacked by an unknown source.

The incident comes two weeks after an Israeli-owned ship, the MV HELIOS RAY, was hit by an explosion in the Gulf of Oman.

The cause was not immediately clear, although a US defense official said the blast left holes on both sides of the ship’s hull. Israel accused Iran of being behind the blast, a charge that the Islamic Republic denied.

On Friday, Israeli officials did not provide comment when asked if Israel was involved in the Iran-reported Shahr e Kord incident.

The ship, which is among Iranian ships that have been designated by the United States under harsh sanctions, was detained in Libya in 2019, although the ship was later released.

A third maritime security source told Reuters that three other Iranian ships had been damaged in recent weeks from unknown causes while sailing through the Red Sea.

Meanwhile, the Wall Street Journal reported that Israel has targeted at least a dozen ships bound for Syria and mostly carrying Iranian oil for fear that oil proceeds are financing terrorism in the Middle East.

Iran, which often threatens heavy retaliation for any Israeli attack, has often refused to point the finger at Israel for repeated airstrikes against Iranian-backed forces in Syria, in an apparent effort to avoid an all-out war with Israel.

Israeli officials declined to comment on the report, which cited unidentified US and regional officials and came as the Biden administration reviews policy on Iran. The US embassy in Jerusalem did not immediately comment.

In a speech to Israeli navy cadets in 2019, Prime Minister Benjamin Netanyahu accused Iran of increasing oil smuggling by sea to circumvent US sanctions, and said the navy would play a bigger role. in blocking these Iranian actions.

He did not elaborate on what that might entail.

Israel has separately said it is waging a covert “interwar campaign” to deny Iranian allies at its borders weapons and other support from Tehran.

“We do not comment on the campaign that we are carrying out, on the operational side,” Israeli security cabinet minister Tzachi Hanegbi told Tel Aviv radio 102 FM when asked about the Journal’s report.

“But we always emphasize (that) we must be prepared against Iranian belligerence on all fronts … and I suppose this also includes the air and sea arenas, as well as on land.”

The Israeli navy, whose largest ships are missile corvettes and five diesel-fueled submarines, operates primarily in the Mediterranean and Red Seas.