Iran Ship Said To Be A Red Sea Troop Base Off Yemen Is Attacked – tech2.org 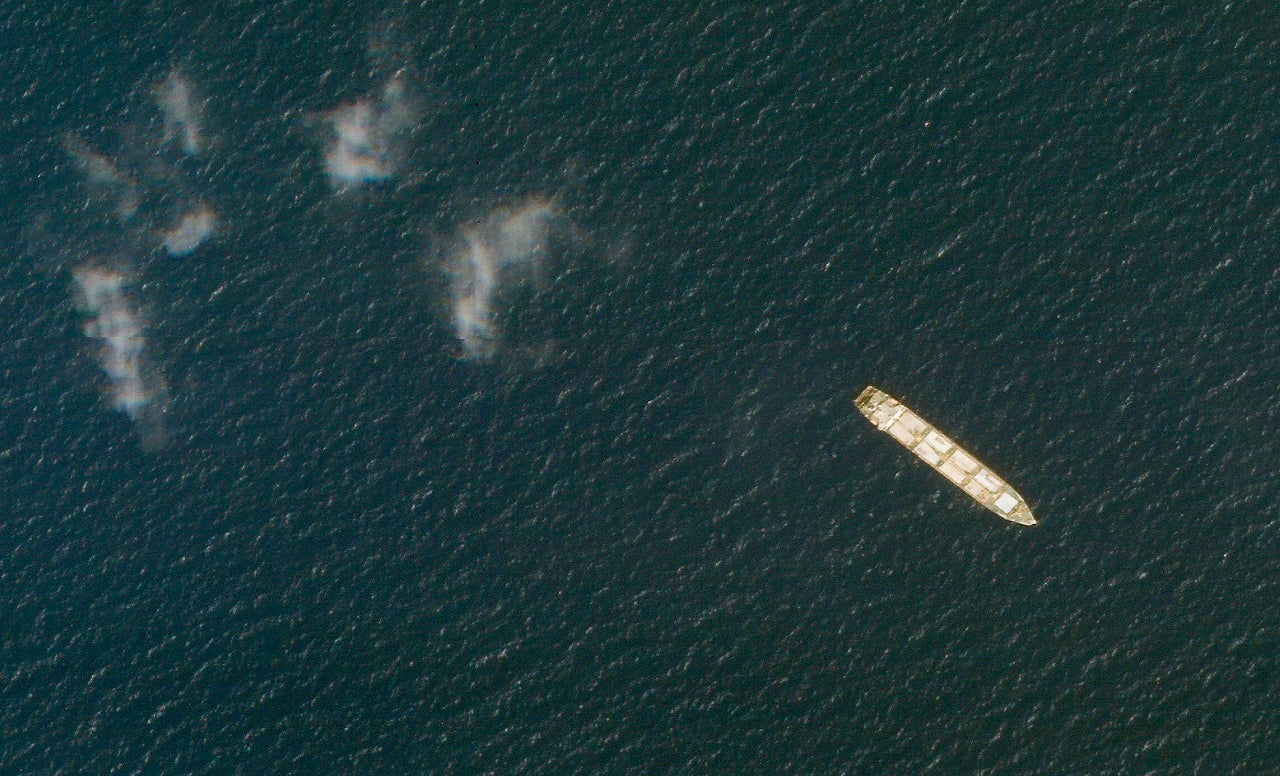 DUBAI, United Arab Emirates – An Iranian ship believed to be a base for the paramilitary Revolutionary Guard and anchored for years in the Red Sea off Yemen has been attacked, Tehran acknowledged on Wednesday.

Iran’s Foreign Ministry confirmed the attack on MV Saviz, allegedly carried out by Israel, although Tehran did not immediately blame its regional arch enemy. The assault came as Iran and world powers sat down in Vienna for the first talks about the possibility of the United States rejoining the ruined deal aimed at curbing Iran’s nuclear program, showing that events outside the negotiations could derail those efforts.

The ship’s long presence in the region, repeatedly criticized by Saudi Arabia, has come as the West and United Nations experts say Iran has provided weapons and support to Yemen’s Houthi rebels in that country’s years-long war. Iran denies having armed the Houthis, although the components found in the rebels’ weapons link with Tehran.

Iran previously described the Saviz as an aid in “anti-piracy” efforts in the Red Sea and the Bab el-Mandeb Strait, a crucial choke point in international shipping. A statement attributed to Foreign Ministry spokesman Saeed Khatibzadeh described the ship as a commercial vessel.

IRAN TANKERS WITH 3M BARRELS OF CRUDE HEAD TO SYRIA, CHALLENGING US SANCTIONS.

“Fortunately, no casualties were reported … and technical investigations are underway,” Khatibzadeh said. “Our country will take all the necessary measures through the international authorities.”

In an earlier statement on state television, one host quoted a New York Times story, quoting an anonymous American official telling the newspaper that Israel informed the United States that it carried out an attack Tuesday morning in the ship. Israeli officials declined to comment on the assault when contacted by The Associated Press, as did the owner of the Saviz.

Israeli Defense Minister Benny Gantz, although he declined to say whether his country launched the attack, described Iran and its regional allies as a major threat.

“Israel must continue to defend itself,” Gantz told reporters. “Wherever we find an operational challenge and a need, we will continue to act.”

Iranian President Hassan Rouhani called the Vienna talks a “success” while speaking to his cabinet on Wednesday.

“Today we hear a unified statement that all parties to the nuclear agreement have come to the conclusion that there is no better solution than the agreement,” he said.

Iran’s semi-official Tasnim news agency, believed to be close to the Guard, reported that a limpet mine planted in Saviz’s hull caused the explosion. A limpet mine is a type of naval mine that is attached to the side of a ship, usually by a diver. It later explodes and can significantly damage a boat. Iran did not blame anyone for the attack and said Iranian officials would likely offer more information in the coming days.

This October 1, 2020 satellite photo from Planet Labs Inc. shows the Iranian freighter MV Saviz in the Red Sea off the coast of Yemen. The Iranian freighter, believed to be a base for the paramilitary Revolutionary Guard that has been anchored for years in the Red Sea off Yemen, has been attacked, Iranian state television acknowledged on Wednesday, April 7, 2021 (Planet Labs Inc . via AP)

In a statement, the US Army Central Command only said it was “aware of media reports of an incident involving the Saviz in the Red Sea.”

“We can confirm that no American forces were involved in the incident,” the command said. “We have no additional information to provide.”

The Saviz, owned by the state shipping company of the Islamic Republic of Iran, reached the Red Sea in late 2016, according to ship tracking data. In the years since, it has drifted away from the Dahlak Archipelago, a chain of islands off the coast of the African nation of Eritrea. It likely received resupply of supplies and changed crews via Iranian vessels passing through the waterway.

Saudi army briefing materials previously obtained by AP showed men on the ship dressed in military-style work uniforms, as well as small boats capable of transporting cargo to the Yemeni coast. Those materials also included images showing a variety of antennas on the ship that the Saudi government described as unusual for a commercial cargo ship, suggesting that it conducted electronic surveillance. Other images showed that the ship had mounts for .50 caliber machine guns.

The Washington Institute for Near East Policy has called the Saviz an “Iranian mothership” in the region, similarly describing it as an intelligence-gathering base and arsenal for the Guard. The institute’s policy documents do not explain how they reached that conclusion, although its analysts routinely have access to Israeli and Gulf military sources.

El Saviz had been under international sanctions until Iran’s 2015 nuclear deal with world powers, which saw Tehran receive sanctions relief in exchange for limiting its uranium enrichment. The Trump administration later renewed US sanctions on the Saviz as part of its decision to unilaterally withdraw from the deal.

In June 2019, Saudi Arabia removed a seriously ill Iranian from Saviz after Tehran requested help from the United Nations.

Amid the broader tensions between the United States and Iran, a series of mysterious explosions have targeted ships in the region, including some that the US Navy blamed on Iran. Among the recently damaged ships was an Israeli-owned aircraft carrier in an attack Netanyahu attributed to Iran. Another was an Iranian freighter in the Mediterranean Sea.

Iran also blamed Israel for a recent series of attacks, including a mysterious explosion in July that destroyed an advanced centrifuge assembly plant at its Natanz nuclear facility. Another is the November assassination of Mohsen Fakhrizadeh, a prominent Iranian scientist who founded the Islamic Republic’s military nuclear program two decades ago.