Iran nuclear deal: IAEA inspections to continue for next 3 months 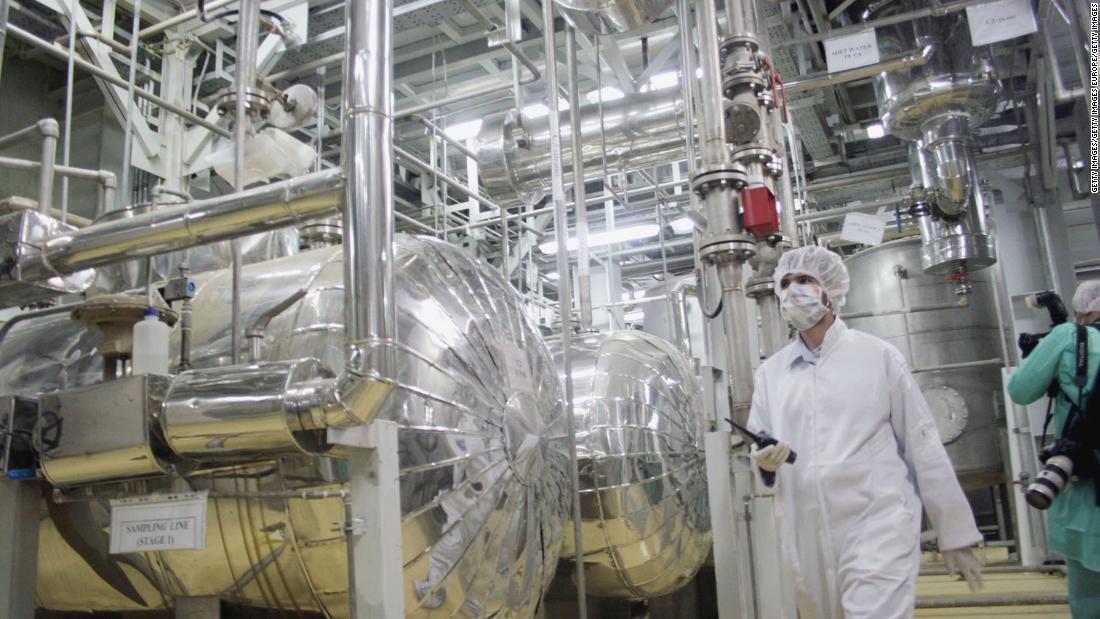 IAEA Director General Rafael Grossi said on Sunday that the two sides had reached temporary “technical understanding” after their trip to Iran, which had recently signaled plans to reduce cooperation with the world nuclear watchdog.

Iran announced last week that it would stop implementing the IAEA additional protocol, effectively limiting which facilities nuclear inspectors could examine and when they could access them, making it difficult for experts to determine whether Tehran is attempting to develop nuclear weapons.

The interim agreement reached on Sunday would ease the impact of Iran’s withdrawal from the additional protocol, Grossi said. “What we agreed is something that is viable, it is useful to close this gap that we are having now, save the situation now,” he said.

Although the same number of international inspectors will remain in Iran, Grossi said, their access to nuclear facilities will be more limited and they will no longer be allowed to carry out last-minute “quick inspections”.

“This is not a replacement for what we used to have. It is a temporary solution that allows us to continue giving assurances to the world of what is happening there, in the hope that we can get back to a more complete picture,” he said. Grossi.

IAEA observers had been granted extensive inspection rights as part of the 2015 Joint Comprehensive Plan of Action (JCPOA), a landmark agreement that was intended to limit Iran’s nuclear program and prevent the country from developing nuclear weapons to change for a sanctions relief. Iran has long maintained that its nuclear program is for peaceful purposes, despite skepticism from the international community.

Former US President Donald Trump deemed the deal too generous to Tehran and abandoned it in 2018. In response, Iran gradually reduced its commitments to the deal. That has included enriching uranium, the fissile material used to make nuclear bombs, at higher levels than agreed.
The administration of US President Joe Biden said last week that Washington was willing to hold talks with Tehran and other signatories to the Iran nuclear deal, even before either side has taken any tangible steps to save or return to compliance with the deal. .

The two sides had been at a standstill. Washington and Tehran previously insisted that the other must be the first to revert to the deal.

Iranian Foreign Minister Javad Zarif said that as the party that chose to abandon the deal in the first place, the onus remains the United States.

State Department officials were careful to emphasize that their willingness to sit down with partners and Iran was not a concession or even the beginning of nuclear talks, but was simply the first diplomatic step in figuring out how to begin discussing substantive issues.

Jake Sullivan, Biden’s national security adviser, told CNN last week that US officials were particularly concerned about Iran’s decision to refuse to cooperate with the IAEA and that “the first order of business here would be for the Iranians to take the decision to move further. of compliance, and then I think there is a diplomatic track. ”

“We are at an early stage,” Sullivan said. “It is going to take work, it is going to take stubborn and lucid diplomacy, and ultimately Iran will make the decision that it is prepared to take the necessary steps to secure the world and show the world that its (nuclear) program has exclusively peaceful purposes “.