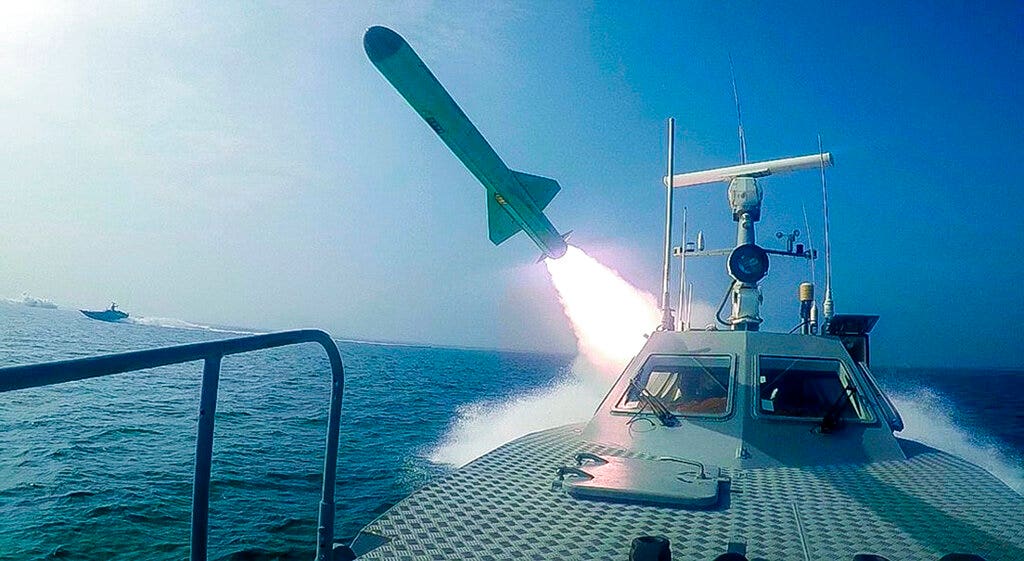 Iran’s paramilitary Revolutionary Guard on Wednesday launched underground ballistic missiles as part of a drill, signaling power to the US by targeting a replica American aircraft carrier in the Strait of Hormuz, with which they had previously Are at odds with itself.

“We have for the first time carried out the launch of ballistic missiles from the depths of the Earth,” said General Amir Ali Hajizadeh, commander of the aerospace division of the guard. Suddenly ripped out of the earth and hit their targets accurately. “

The Revolutionary Guard’s speed boat launches a missile during a military exercise. Iranian commandos also swiftly descended from the helicopter on a replica of an aircraft carrier in an exercise called the “Great Prophet”. (Sipahnews via AP)

The drone footage captured by the guards showed two missiles from the covered areas in the desert in the wee hours of Wednesday morning, with their debris lifted in the air. The guards did not identify the location of the launch, nor were the missiles included, but it seemed to be near the desert plateau of central Iran.

Iran has developed and stored some of its ballistic missiles to protect them from being destroyed or seized by enemy countries.

The test comes amid ongoing tensions between Washington and Tehran, particularly after the US drone strike that killed top Iranian general Qasim Soleimani in January.

Pictures of the drill – titled “Great Prophet 14” – posted by the Tasnim news agency depicting the American carrier in the shape of a casket with a set of crosshairs on it, with the caption replaced by Supreme Leader Ayatollah Ali Khamenei Had pledged to take. For the attack.

A day earlier the drill revealed ballistic missile fire, which resulted in US troops being put on alert at Al-Dhafra Air Base in Abu Dhabi, UAE, and Al-Udeed Air Base, the forward headquarters of the US Army Central Command in Qatar. The army said. The soldiers briefly sought cover during that time.

Both locations are hundreds of miles from where Iran placed the replica aircraft carrier in the strait, the narrow mouth of the Persian Gulf, from which 20 percent of the oil trade takes place.