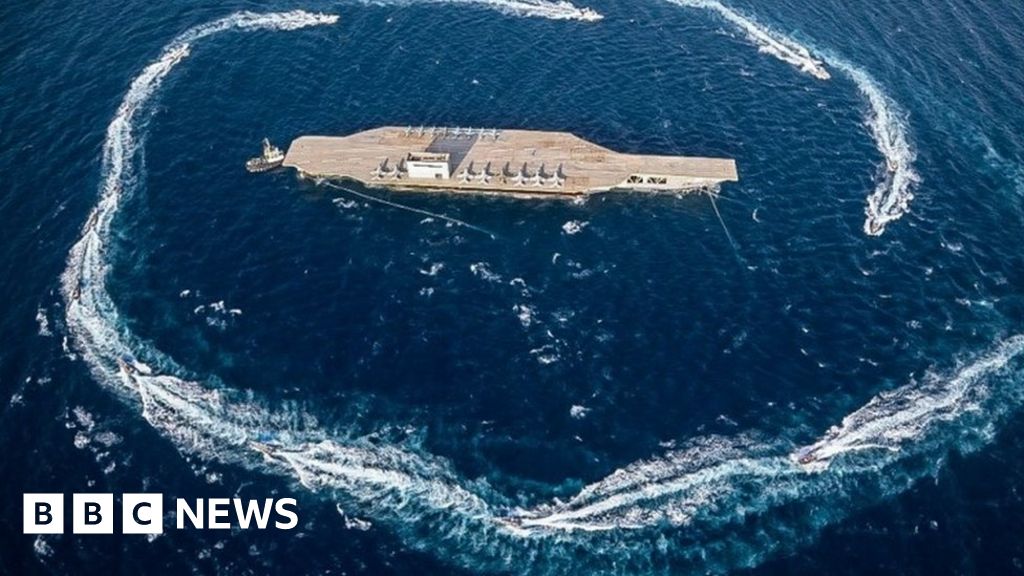 Iran has launched missiles at the American aircraft carrier’s mock-up at the strategic strait of Hormuz.

The fire in the drill was so heavy that the US Army temporarily placed two regional targets on alert.

The US Navy condemned “irresponsible and reckless behavior by Iran”, calling it an “attempt to intimidate and intimidate”.

The practice takes place at a time of heightened tension between Tehran and Washington in Gulf waters.

The mock-up – which resembles a carrier that regularly leaves the Gulf of America – is shown with dummy fighter jets on either side of its landing strip. The missiles are then launched from a wide variety of angles, including some carriers.

Another missile fired from the helicopter appears to be heading towards a fake warship.

Major General Hosain Salami, commander of Iran’s Revolutionary Guards, said, “What these exercises showed today at the level of aerospace and naval forces was all offensive.”

Commander Rebecca Rebarich, spokesman for the US Navy’s Bahrain-based Fifth Fleet, said, “The US Navy conducts defensive exercises with its partners, which promotes maritime security in support of freedom of navigation, while Iran conducts offensive exercises.”