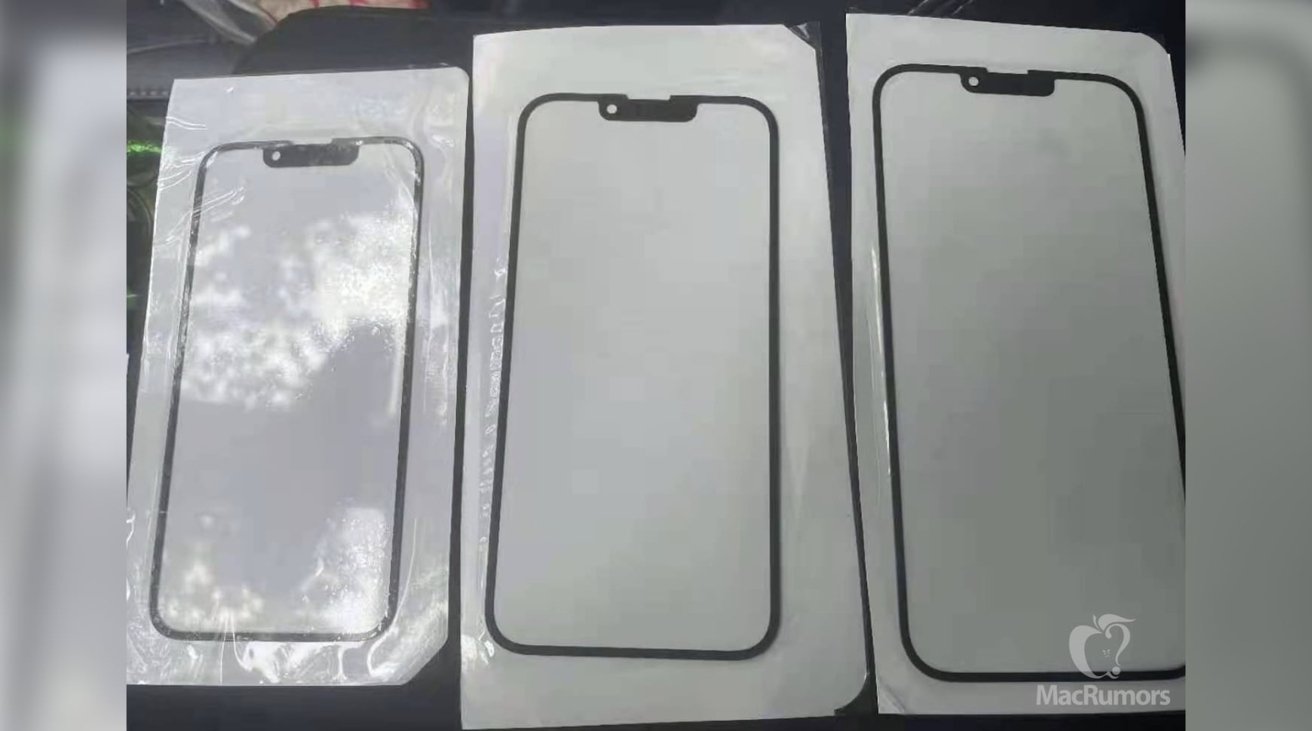 Apple could reduce the size of the notch on the “iPhone 13” by slightly moving the earpiece on the bezel, apparently images of alleged front glass panels show.

The notch at the top of the iPhone is a signature item, but also one that many people have complained about in the past. Rumors since its introduction have claimed that a smaller notch will be used on future models, a claim that resurfaced on Tuesday.

Pictures provided by iRepair repair service and provided to MacRumors shows a trio of what appear to be glass panels. The panels are claimed to be designed for use on the “iPhone 13” and will have the same 5.4, 6.1 and 6.7 inch sizes as current iPhone 12 models.

The key to the image is that the notch at the top is much smaller than in previous versions. To accomplish this, the glass simply shifts the earpiece section upward from the notch to the top edge.

While it is doable, the image is highly dubious for a number of reasons. For starters, the image comes from a repair team, a company that wouldn’t necessarily receive components for an unreleased smartphone for six months before its launch.

Glass panels are more likely to be screen protectors. Accessories producers produce product prototypes prior to Apple launches to ensure they have adequate stock at the time of the iPhone launch.

These prototypes also often rely on hearsay rather than supply chain data or directly from Apple, due to the highly secretive nature of Apple’s manufacturing processes.

The exact same rumor was made about the iPhone 12, with an image leak in April 2020 claiming that the TrueDepth sensor notch would be reduced in size. Again, the earpiece was moved up on the bezel to make room.

Supply chain sources in January 2021 claimed there would be notch changes for the “iPhone 13,” including shifting the earpiece to the edge of the screen.