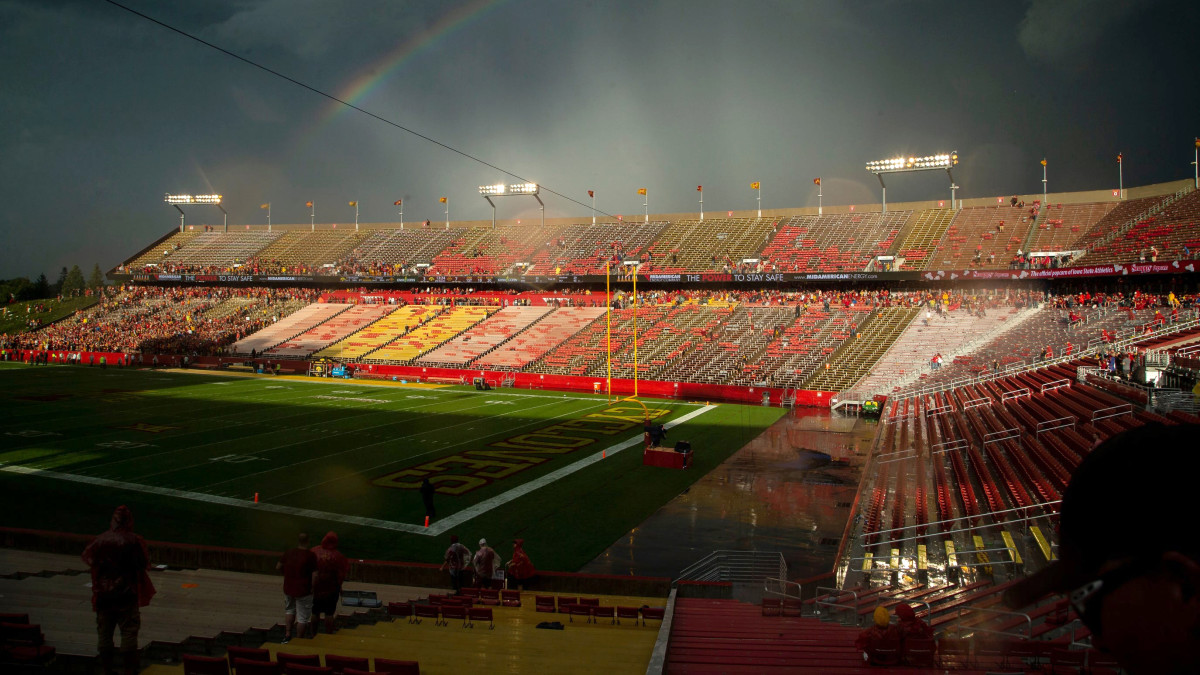 Iowa State will allow fans to appear as their season opener at Jack Trice Stadium next month amid a coronovirus epidemic.

The Cyclones announced on Monday that around 25,000 spectators were expected to participate in their September 12 match against Louisiana.

In a letter to fans, Athletic Director Jamie Pollard said the crowd would include only season ticket holders. Everyone in attendance must cover a face at all times, and anyone who refuses to wear them will be entered and / or removed from the stadium. No tail would be allowed, and Pollard asked everyone to “pay respect to the physical will of other fans”.

Pola wrote, “An important factor in the decision to allow fans is our belief that Cyclone fans are willing to follow our mitigation measures.” “The purpose of this letter is to ask your support to help our team create a safe environment while providing an effective home sector benefit. This is an incredible opportunity for Iowa State University to successfully navigate the challenges of the big Shows its potential. External events during an epidemic. ”

Pollard said that if mitigation actions were successful, the Cyclones would allow season ticket holders to participate in an Oct. 3 game against Oklahoma. If Iowa State determines that mitigation measures were not adequately followed in the first game, no fan will be allowed into the game for the rest of the season.

Iowa State began holding in-person classes on August 17 and has no current plans to move to online-only instruction.

Astronomers reveal one of the most extreme planets yet discovered

Jump Rope Challenge is not going anywhere yet, will now be available “until further notice”