Interview with Woody Allen from CBS ‘Sunday Morning’ for Paramount Plus 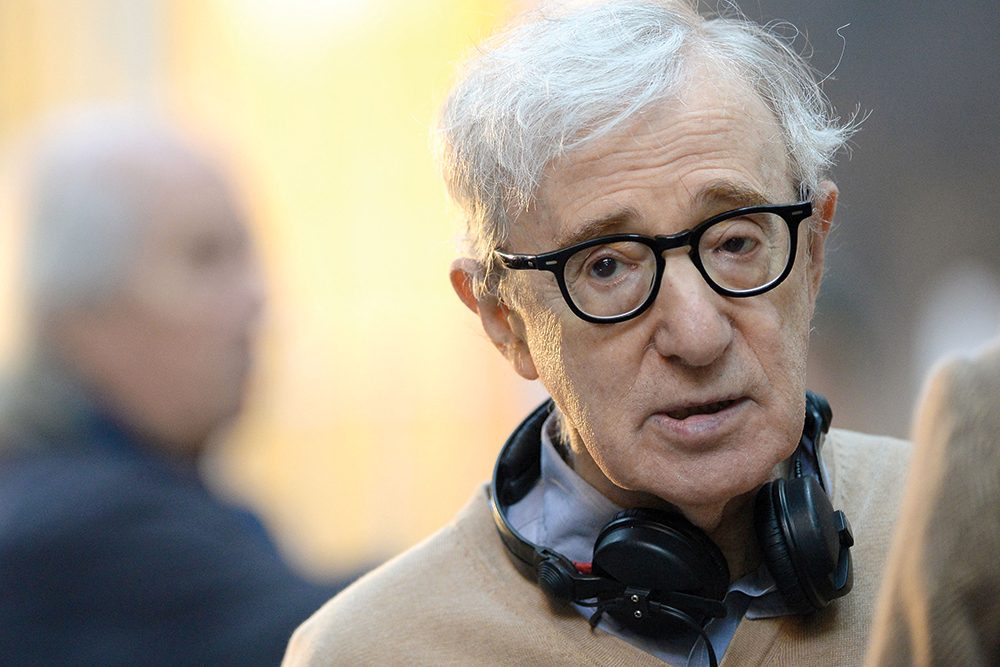 Filmmaker Woody Allen, whose career has been marred by allegations of sexual abuse made in 1992 by his daughter, Dylan Farrow, gave a rare interview that will air on Paramount Plus as part of a larger “CBS Sunday Morning” package.

CBS News says the interview, recorded in July last year, represents Allen’s first in-depth television interview in nearly three decades. Lee Cowan, national correspondent and understudy host of “Sunday Morning,” who conducted the interview, will host the special, titled “The Woody Allen Interview,” which will be available on Paramount Plus beginning March 28. The show will also include an interview with Dylan Farrow conducted by Gayle King in 2018 and a new Erin Moriarty segment examining what happens when artists are accused of morally questionable acts.

Lee Cowan sat down with Woody Allen in July 2020 following the release of his memoir for what would be Allen’s first significant television interview in nearly three decades. The interview, which occurred last summer during an active news cycle, is now being presented given the renewed interest in the controversy surrounding the filmmaker: ”CBS News said in a statement. “The Paramount Plus exclusive offers the ability to explore Allen, his career and the allegations in context and with the depth that this story demands.”

CBS News did not provide details on the topics Allen addressed in the interview, nor did it provide information on any of his responses. Allen, 85, has long denied his daughter’s claims. He has never been charged with any crime by a court.

But the accusations against him have followed him for years. They have resurfaced with the debut of a four-part documentary series, “Allen v. Farrow,” which launched earlier this year on WarnerMedia’s HBO. In that series, Dylan Farrow speaks on camera for the first time about his experiences. The series includes home movies of Allen’s ex-partner Mia Farrow, including 7-year-old Dylan describing what Allen allegedly did to him. Also featured are Mia Farrow’s audio recordings of phone conversations with Allen. Allen is married to Soon-Yi Previn, an older daughter of his ex-partner.

Allen was not involved in that project and is not likely to address it in the interview, which took place more than half a year ago. The interview with Allen took place several months after Hachette Book Group said it would not publish Allen’s autobiography, “Appropos of Nothing,” in which he denies Dylan Farrow’s accusations and discusses his sadness over his estrangement from his daughter. . The book was released by Arcade Publishing. The interview was also recorded as the country grappled with the coronavirus pandemic and a national outcry over the death of George Floyd while in the custody of the Minneapolis police, two events that likely occupied CBS News executives and resources from news production at the time.

The decision to host the show through the recently launched streaming service may come as a surprise. The special currently seems unlikely to air on the traditional CBS network, due to its length, theme, and the desire to show the interview with accompanying segments.

ViacomCBS has made news a core offering for Paramount Plus, using the phrase “Breaking News” in the marketing tagline for the new service. The live news broadcast service CBSN, which offers live streaming and broadcasts from CBS-owned stations, is part of Paramount Plus. So is “60 Minutes Plus,” an offshoot of CBS News Sunday magazine’s venerable show that features a new group of correspondents who can feature segments of up to 20 to 30 minutes.

“Sunday Morning” has been on the air since 1979. Originally conceived as the television equivalent of a Sunday morning newspaper, the show has become part of a weekend ritual for many of its viewers. However, aside from the occasional special or anniversary show, “Sunday Morning” hasn’t regularly spread to other properties (it was in 2018 at the center of a ticketed theater event that put host Jane Pauley in front of an audience at alive). Paramount Plus’ debut points to other formats that may be under consideration at ViacomCBS for some of its more well-known news properties.