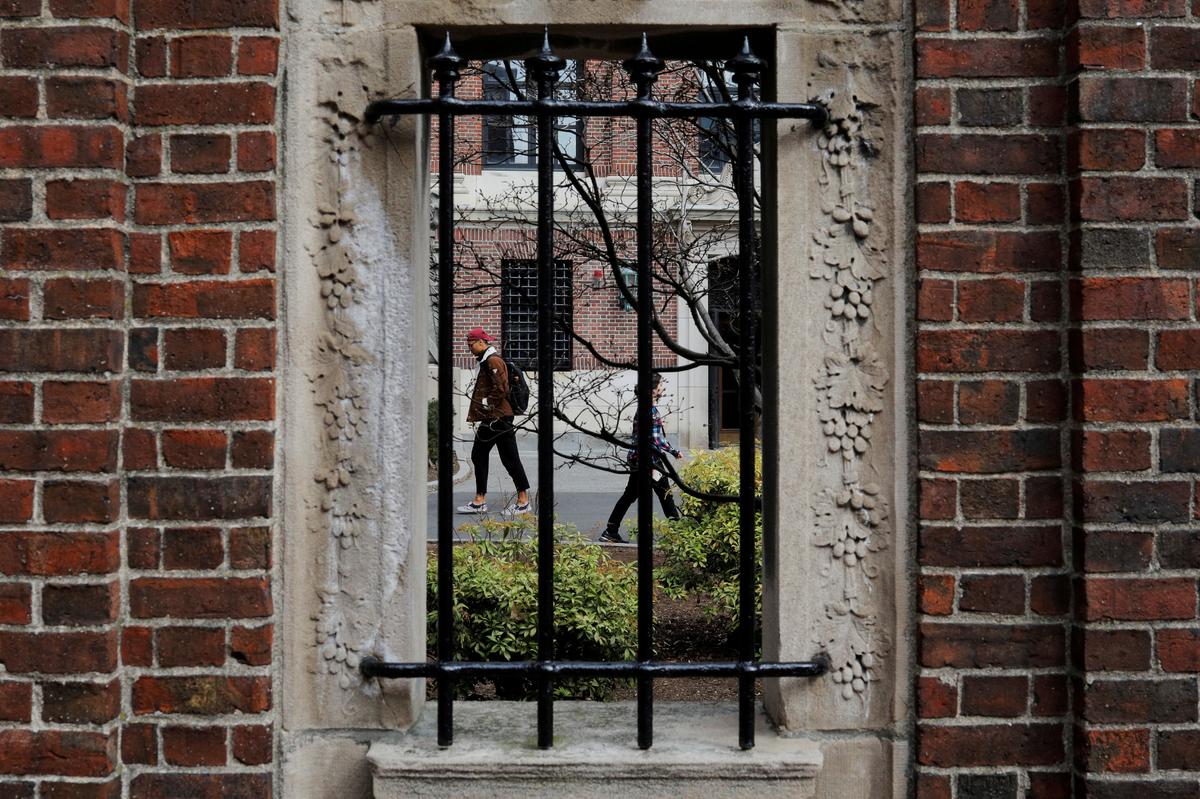 FILE PHOTO: Students and pedestrians walk through the courtyard of Harvard University after the school asked its students not to return to campus after spring break and they said they would move on to virtual instruction for classes postgraduate and undergraduate, in Cambridge, Massachusetts, USA, March 10, 2020. REUTERS / Brian Snyder

WASHINGTON (Reuters) – International students have already been denied entry to the United States under new Trump administration rules that prevent them from leaving the country if their schools teach all classes online amid the coronavirus pandemic , according to a court document filed Sunday.

The “friend of the court” brief, written by dozens of universities and colleges, was filed in support of a lawsuit filed by Harvard University and the Massachusetts Institute of Technology (MIT) seeking to block immigration rules issued on July 6 that dazzled academic institutions. across the country.

The report says the United States immigration authorities “were already preventing returning students from returning to the country,” citing the case of a DePaul University student who returned from South Korea and was denied at the International Airport. from San Francisco.

DePaul declined to make the student available for an interview. A spokesman for US Customs and Border Protection had no comment about students being denied entry under the new rules.

The report was just one of a series of presentations in support of the lawsuit from major business associations, unions and tech companies, including Google, Microsoft, Facebook and Twitter. They were joined by more than two dozen cities, towns, and counties that denounced the rule.

On Monday, the state of Massachusetts led a coalition of 16 other states and the District of Columbia in filing a lawsuit that called the new rules “cruel, abrupt and illegal.”

New York state also filed a lawsuit against the visa rules on Monday, following lawsuits by the state of California and others in recent days.

A federal judge in Boston is scheduled to hear arguments Tuesday about a motion seeking to temporarily block the rule.

Report by Ted Hesson in Washington; Additional reports by Kristina Cooke and Mimi Dwyer in Los Angeles and Radhika Anilkumar and Shubham Khalia in Bangalore; Edition of Mica Rosenberg and Steve Orlofsky