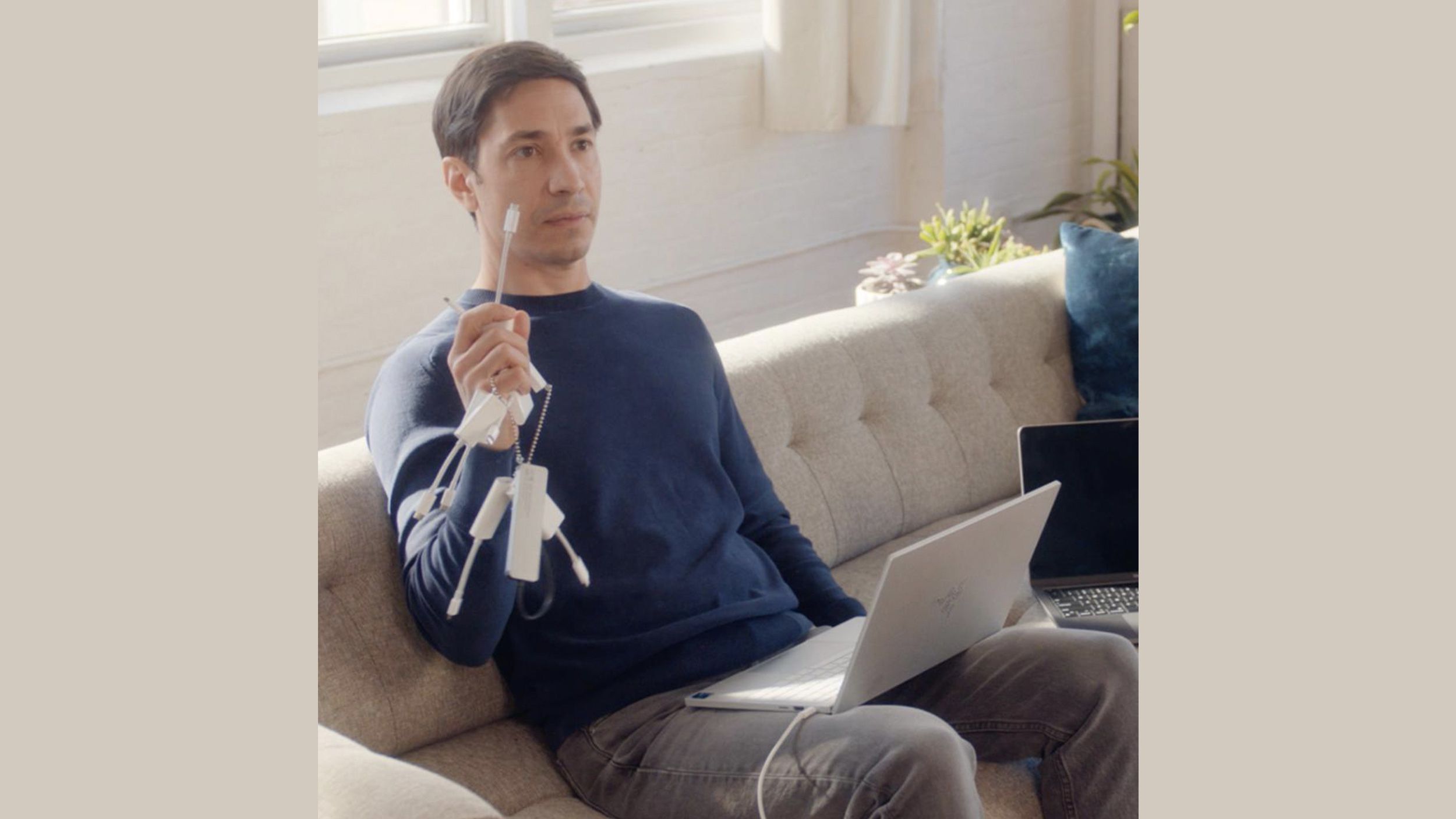 Intel continues its anti-Apple ad campaign, sharing today a tweet denouncing the lack of ports on the Mac M1. In one photo, actor Justin Long sits on a couch with a Windows PC and holds a handful of Apple dongles.

Apple Macs have long been ridiculed for their lack of ports and the need to use dongles for various accessories and displays. Since 2016, Macs have only included USB-C ports, and Apple has eliminated HDMI ports, USB-A ports, and SD card readers from its line of laptops. However, that will change in 2021, and rumors suggest that Apple will introduce new MacBook Pro models that once again feature an SD card reader and HDMI port.

Apple analyst Ming-Chi Kuo, who shared Apple’s future port plans in January, said that in the future, “most users will not need to buy additional dongles.”

The ad follows several anti-M1 Mac videos that Intel shared yesterday with Justin Long, who used to appear in Apple’s well-known “I’m a Mac” ads. In the videos, Long promotes Intel-based PCs, highlighting their gaming capabilities, touchscreens, and other features.

Intel’s announcements come as Apple is moving away from Intel chips in its Mac lineup. Apple released the ‌M1‌ chip in MacBook Air, 13-inch MacBook Pro and Mac mini in November, and more silicon chips from Apple are on the way. Over the course of the next two years, Apple plans to move away from Intel chips entirely.

The Justin Long ads aren’t the first anti-Apple ads Intel has shared. In February, Intel launched a Twitter-based campaign to try to point out the shortcomings of the ‌M1‌ Macs. Intel appears to feel threatened by Apple’s chip options. The ‌M1‌ chips received a lot of attention at launch due to their impressive speed and efficiency, which Intel chips cannot match.

Apple has even faster chips on the way, and Intel will have little to say once MacBook Pro models with next-gen Apple silicon chips and a variety of ports become available.