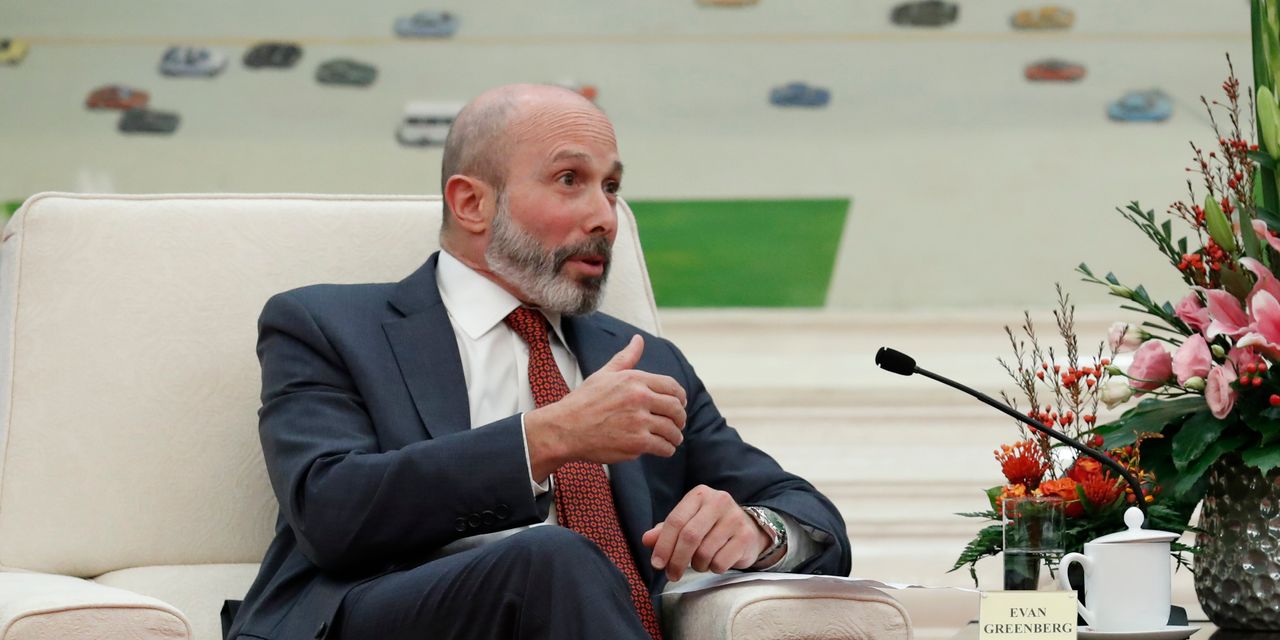 , one of the nation’s largest, oldest and best-known property casualty insurers, has made a preliminary proposal to acquire Hartford Financial Services Group Inc.,

another historical name in the industry.

Connecticut-based Hartford said in a statement Thursday afternoon that it “has received an unsolicited and non-binding proposal from Chubb” to acquire the 211-year-old company. Hartford said its board of directors “is carefully considering the proposal with the help of its financial and legal advisers.”

In a statement after the market close, Chubb said the proposal would value Hartford at $ 65 per share, saying the combination “would be strategically and financially attractive to both groups of shareholders and other groups.”

“We have not yet received a response to our proposal, but we look forward to having private and constructive discussions to quickly consummate a fair transaction that benefits all of our respective shareholders,” Chubb said in the statement.

The offer indicates that Chubb CEO Evan Greenberg is ready for another bold deal.

In 2016, Mr. Greenberg was CEO of commercial and home insurer Ace Ltd. when he combined it with then-New Jersey-based Chubb Corp. in a transaction of approximately $ 30 billion. The merger made Chubb an international powerhouse.

Greenberg and his team have posted strong financial results, and Chubb has become one of the world’s largest insurers, with a market capitalization of more than $ 75 billion as of Thursday. Its shares fell 2.6% at the close of the market.

After Bloomberg News first reported Thursday on Chubb’s approach to acquiring Hartford, Hartford shares rose. They jumped further after the insurer’s mid-afternoon press release, ending the day up nearly 19%. Its market capitalization is around $ 24 billion.

Hartford was one of the worst hit US insurers during the 2008-09 global market crash. The company accepted federal aid, which it has since reimbursed in full. In the years since, Hartford ditched several units to focus primarily on property and casualty insurance for businesses and individuals, offerings for employer benefit programs, and mutual fund businesses.

Its chief executive, Christopher Swift, made a few acquisitions in recent years as the firm narrowed its focus. Those deals included the purchase of a specialty commercial insurer, Navigators Group, and a unit of Aetna Inc. that provides life insurance, disability income and other products for companies’ employee benefit programs.

Prior to its merger with Ace, Chubb was known to the public as a leading provider of homeowners insurance for wealthy Americans through its expensive but extensive masterpiece coverage.

Evercore ISI analyst David Motemaden said Hartford was a logical choice for a company like Chubb, which is trying to beef up operations to secure small business clients. In a research note, he said that Hartford’s small business franchise could complement Chubb’s leadership position in large business underwriting, while Hartford’s business of insuring mid-size businesses would bolster Chubb’s operations in that part of the world. market.

Hartford said in its statement that its board of directors “is committed to acting in the long-term best interests of shareholders.”

It was featured in the March 19, 2021 print edition as ‘Chubb Bids For Rival Hartford’.