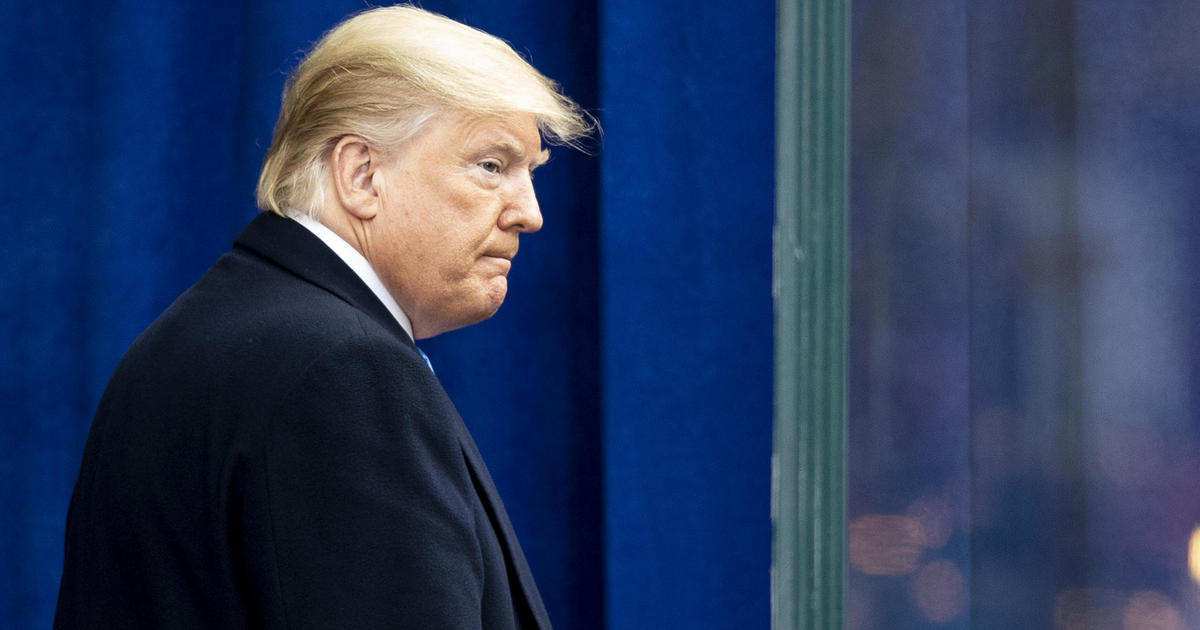 Tonight, a new report by Bob Woodward of the Washington Post stated that President Trump was warned about the danger of coronovirus in January, but publicly opted to minimize the threat. Woodward’s new book, “Rage”, is his latest work in a 50-year career that is under investigation by American presidents. His first investigation, reported with Carl Bernstein, led to the resignation of Richard Nixon. To “anger”, Mr. Trump agreed to 18 recorded interviews. Many, you are about to hear, started with the words of the White House operative, “Mr. Woodward? President.” Mr. Trump asked, sometimes late at night, to talk about the threat of ‘Black Lives Matter,’ nuclear war, and the stern warning he received during an intelligence briefing this past January.

Bob Woodward: On January 28 of this year, before the virus was on anyone’s radar, National Security Advisor, Robert O’Brien told the president, “This virus will be the biggest national security threat to your presidency.”

Scott Pelley: What was the President’s response?

Bob Woodward: His head popped up and he asked questions.

President Trump’s questions at the January 28 meeting highlighted differences. Beth Sanner, from the Office of the Director of National Intelligence, said the virus could not be worse than SARS in 2003, when there were only eight known infections in the US. But, says Woodward, Deputy National Security Advisor Matt Pottinger, who was a reporter in China, told Mr. Trump that his informal Chinese contacts had given a serious warning.

Bob Woodward: Pottinger said that his contact in China told him “it’s like the Spanish flu pandemic of 1918 that kills 675,000 people in this country.” It was a surprising moment for the Trump presidency and, I think, in American history. Because he then publicly rejected the virus. And he knew that it was an epidemic.

The next day, the White House announced the Coronovirus Task Force. It was Mr. Trump on January 30, two days after the warning.

President Trump during a January 30 public speech: We think we have this very well under control. We have very few problems in this country at the moment – five. And those people are all recruiting successfully. But we are working very closely with China and other countries, and we think this is a very good end for us. So that I can assure you.

The Chinese authorities knew what they were hiding about COVID-19.

On 31 January, the President banned travel from China. The following week, in a phone call, Mr. Trump told Woodward what he was learning about the virus. It was 7 February.

President Trump made a phone call with Bob Woodward on 7 February: It goes through the air, Bob. It is always hard to touch. You know, touch, you don’t need to touch things. right? But air, you only breathe air and it passes like this.
And so it is very difficult. He is very fragile. It’s also more deadly than you, you know, its even louder flus. This is deadly stuff.

Three weeks after that call, the president spoke to the public.

During a press conference at the White House on February 26, President Trump: It’s just like the regular flu for which we have flu shots. And we’ll essentially give a flu shot to it for a quick look. Yes go ahead …

Scott Pelley: In a February 7 interview, it’s clear that the president knows what the stakes are. But he is not sharing it with the public at that time.

Bob Woodward: Yes. This is a tragedy. The President of the United States has a duty to warn. The public will think the same. But if they feel that they are not getting the truth, then you are going on the path of deception and can come up.

Scott Pelley: Did the President ever reveal to you why he was not telling the public what the stakes were with the coronovirus?
Bob Woodward: So in March, I asked this exact question. You know what’s going on And the President said:

Bob Woodward: I think he didn’t understand the American public. And he said, “Well, I don’t want to create panic.” We know, from history, when the truth is told to the public, they are organized. “We have a problem. We’re going to step up.” And Trump thought, “Oh, well, they’ll panic.” When there is a crisis, when the president, in particular, knows something, it is time to tell the public in some form or the other. He failed.

Scott Pelley: You write in the book that, “The President’s handling of the virus reflects his instinct, habits and style.” what is that?

At age 77, Bob Woodward fact-checked nine presidents. “Rage” is his 20th book. It is published by Simon & Schuster, part of ViacomCBS.

Bob Woodward: The title, “Rage,” comes from the same. He said that he expresses anger among people. And he does not know whether it is positive or negative or good thing or bad thing. And also, it describes a situation now in the country. Very angry there.

His interview for “Raga” Started at the Oval Office, then continued for months in phone calls, many ‘out of the blue’ from Mr. Trump.

Bob Woodward: Yes. I mean, you have an audiotape of where they come from. “Mr. Woodward, President.”

Bob Woodward: It started in December 2019, before the virus was on anyone’s radar. So, we were talking a lot about North Korea.

Bob Woodward: I think the public didn’t realize, and Trump told me, again and again. He said, “You don’t know how close we were to the war.”

Instead, North Korean dictator Kim Jong Un offered to meet. He did it three times. Woodward has more than two dozen letters in his diplomatic courtship.

Bob Woodward: “Our meetings, our relationships, are out of a fantasy film,” says Kim Trump. He says, “There is a magical power among us.” “Even now, I cannot forget the moment in history when I held His Majesty’s hand as firmly as the whole world would see.”

Scott Pelley: And what did they make them?

Bob Woodward: They never thought about who is writing them. But analysts concluded that they are the masterpiece. Because they are appealing to Trump’s sense of grandeur.

Woodward’s interview took a sharp turn on May 25, after George Floyd was killed by Minneapolis police officers. The Black Lives Matter movement ruled.

Woodward asked Mr. Trump whether a privileged life left him out of touch.

During June 19, Bob Woodward called with President Trump: … and do you mean by any means stripping that privilege and putting you, to a certain extent, in a cave, as it puts me – And I think a lot of White, privileged people – in a cave and who we have to work to get out of that to understand the anger and pain that, in particular, Black people feel in this country? do you watch?
President Trump: No. You really drank Kool-Aid, didn’t you? Just listen, wow. No, I don’t think so at all.

Bob Woodward: He was ridiculing me for reflecting the whole movement after George Floyd.

By the time of his last interview in August, Mr. Trump had become the leader of a nation most afflicted by the virus. The President came to this conclusion.

Bob Woodward: “Nothing more could be done. Does he remember what he told me about, in February, it’s even more deadly than the flu. I mean it almost took my breath away. , Was such a certainty when it was absolutely wrong about the issue that defines the state of this country.

This week, the Washington Post published Woodward’s calls with the president, and Woodward was criticized for not reporting back in February, what Mr. Trump had said about the virus being fatal. Woodward says he did not know at the time whether Mr. Trump was right. In our interview, we asked about another controversy — contained in the last line of the book.

Scott Pelley: It may disappoint some of your fans that you reach an editorial conclusion at the end of this book, something that journalists should not do.

Bob Woodward: Yes. I say that the chairman is the wrong man for work.

Scott Pelley: But, you’re known as a reporter who hasn’t put his thumb on the scale. And yet, at the end of this book, you do just that.

Bob Woodward: This is a conclusion based on the evidence, overwhelming evidence, that he cannot grow on the spot with the virus and tell the truth. And one thing President Trump told me was, “On the presidency, there’s always dynamite behind the door.” “The real dynamite is President Trump. He is the dynamite.”

The president’s last call came too late. He asked Woodward to include the August peace deal between Israel and the United Arab Emirates, but “Rage” was already off the press. Woodward took the opportunity to level with the president.

Bob Woodward: And I said, “This is a difficult book. There are going to be things you don’t like, things you’ve made.” And finally, he said, “Well, I didn’t find you on this book. Maybe I’ll see you on the next one.”

President Trump makes a phone call with Bob Woodward during August 14: … but it looks like I don’t have it on this book, but we’ll see you sometime later, I think.
Bob Woodward: It’s tough, sir. Thanks a lot.

Scott Pelley: And you told the president that this is a difficult book, in your words, what did he do?

Bob Woodward: An hour and a half later, he tweeted that the book Bob Woodward was fake.