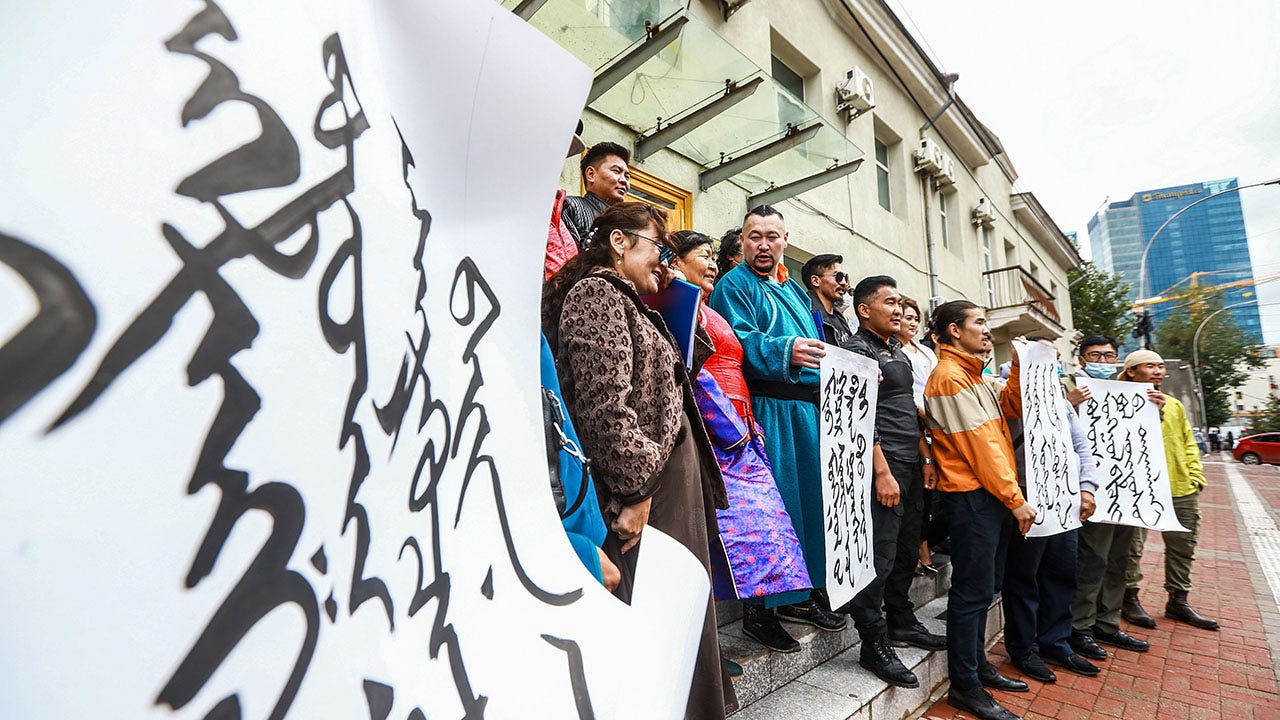 Ethnic Mongolians protested in Beijing this week over the new policy of Beijing to replace their native language with Mandarin in several school subjects.

The BBC reported that this policy would affect politics, history and language and literature subjects taught in schools in the Inner Mongolia Autonomous Region of China.

India honored China as ‘evolutionist’, which is a very small number

Many of the ethnic Mongol minorities fear a transition from the Mongolian language to Mandarin, China’s official language, will destroy their cultural identity and force them to assimilate into the majority Han Chinese culture.

In protest of the move, parents threatened to keep their children home from school, while according to national reports, the crowd demonstrated outside the area’s schools.

Mongolians in the Ministry of Foreign Affairs in Mongolia’s capital Ulaanbaatar protested against plans to only hold classes in Mandarin Chinese, on Monday in schools in Inner Mongolia. (Photo via Bayambasuran Byamba-Ochir / AFP Getty Image)

Temptiltsu Shobsood, the president of an exiled group called the Inner Mongolian People’s Party, said the policy is a form of “cultural genocide”.

“The whole world is talking about human rights, but we are not visible enough,” he told the BBC from Germany.

The Guardian reported that China stated that the need for Mandarin was to ensure high levels of textbooks and syllabi and to ensure a common identity through shared language.

However, Angbetu Togochog, director of the US-based Southern Mongolian Human Rights Information Center, told the outlet that people in Inner Mongolia see their language as one of the last remaining pieces of their culture that have been targeted for decades.

“Mongolians have gone through a lot in the last 70 years, including genocide, political oppression, economic exploitation, cultural identity and environmental destruction,” he said. “Therefore, after 70 years of China’s heavy-handed policy, the Mongolian language is the last remaining symbol of Mongolia.”