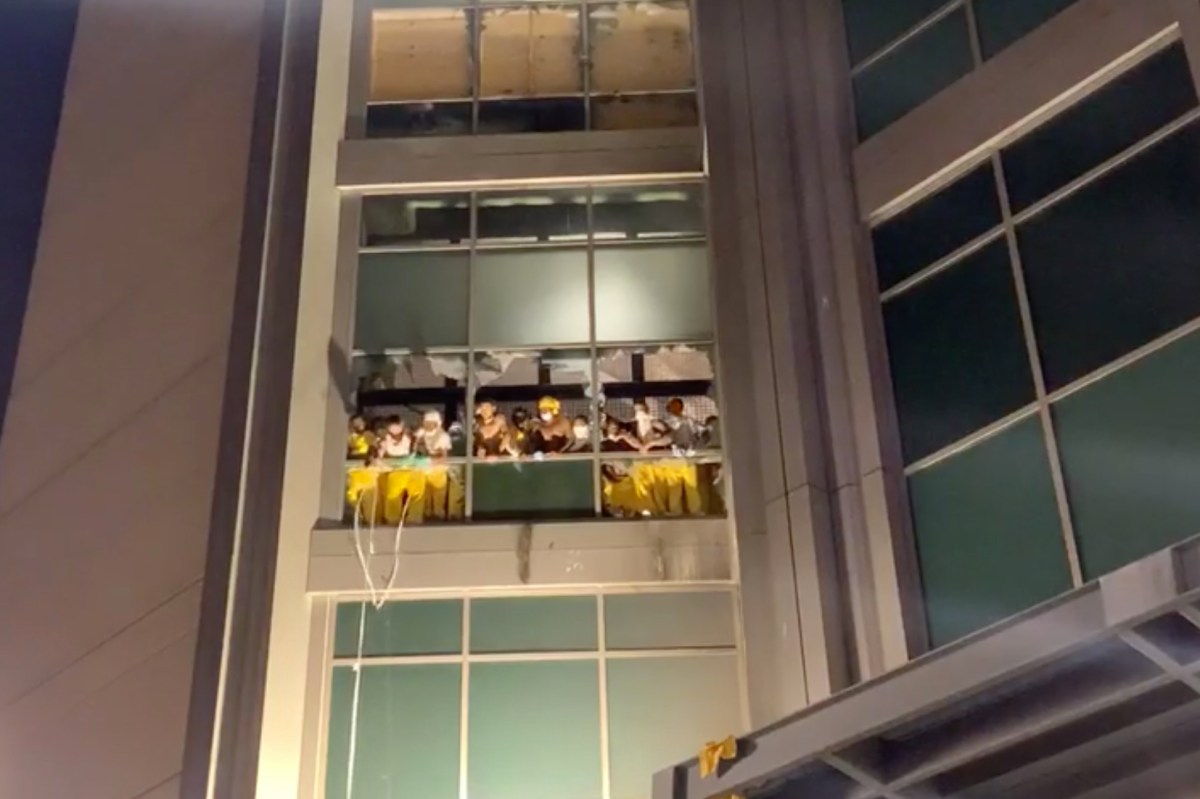 Dozens of inmates at a St. Louis jail rebelled Sunday night, smashing windows and setting the facility ablaze, according to reports.

About 60 inmates in riots wreaked havoc at the Justice Center on the facility’s second and third floors starting at 8:45 p.m., police told KTVI.

Shooting posted on social media by KSDK reporter Casey Nolan, several prisoners are shown smashing third-floor windows as witnesses below cheer them on.

Several inmates were holding signs outside their windows, according to images posted on Facebook by Real Stl News, which read “Free Ace” and “Free LJ.”

No one escaped during the chaos, although inmates dropped a makeshift rope from the third floor to a second-floor landing, according to social media images.

At approximately 10:20 p.m., police officers removed the inmates from the windows, KSDK reported. Soon after, firefighters put out a fire started by inmates.

The inmates then broke windows and set fire to the rear of the building, according to reports. The second fire was also put out by fire crews.

Sunday night’s chaos comes about two months after 117 inmates in the jai broke free from cells and caused similar destruction, setting fires and breaking windows, according to KSDK.