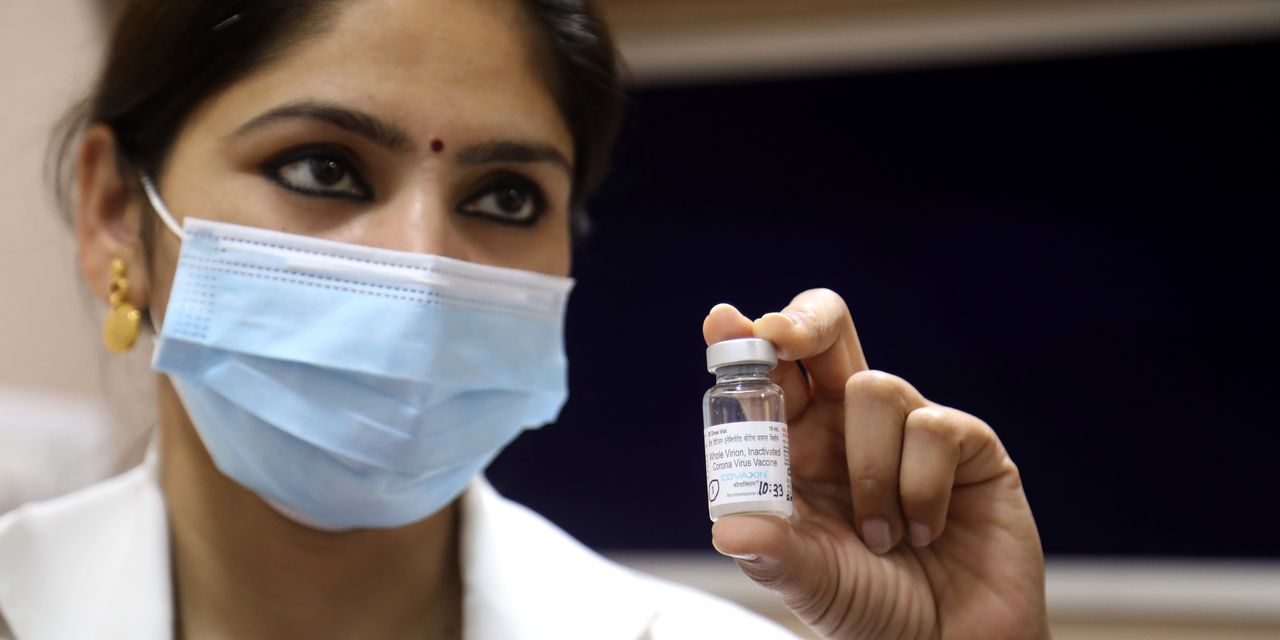 NEW DELHI – India’s Bharat Biotech said its Covid-19 vaccine has been shown to be 81% effective in protecting people in a large clinical trial, a report that could strengthen India’s inoculation campaign and vaccine diplomacy efforts.

Bharat Biotech is one of the largest vaccine producers in the world, but little known outside the industry. It has been developing a Covid-19 vaccine since the first half of 2020, which New Delhi approved for emergency use this year. India has already administered the vaccine to more than a million people.

Many Indians, however, have said that they were reluctant to receive the Bharat Biotech injection because they wanted to wait for the results of late-stage trials. India’s vaccination campaign has gone much slower than expected and some health workers said one reason was that people did not feel safe about the Bharat Biotech vaccine.

The company said it wanted to clear up any concerns with its announcement on Wednesday. Interim results from its phase 3 trial, which administered its vaccine or placebos to 25,800 people between the ages of 18 and 98, suggest that it is effective against Covid-19. The company added that it has early indications that it is also effective against the more contagious British variant of the coronavirus.

“Today is an important day for us, the company and also for the country and Indian science,” said Krishna Ella, President and CEO of Bharat Biotech.

More than 11 million people have been confirmed to be infected in India, a number second only to the US While the virus kills fewer Indians per capita, the country’s economy has been one of the hardest hit.

India is in the midst of what may be the world’s most ambitious vaccination campaigns. It is trying to shoot 300 million of its more than 1.3 billion citizens by August. It has administered around 15 million doses so far, most of them the vaccine developed in the UK by the University of Oxford and AstraZeneca PLC and mass produced in India by the Serum Institute of India.

Prime Minister Narendra Modi conveyed his confidence in the local vaccine this week when he took his first injection of the Bharat Biotech version.

“It is remarkable how our doctors and scientists have worked in rapid time to strengthen the global fight against COVID-19,” he tweeted with a photo of him receiving the vaccine.

India has emerged as a surprise pioneer in vaccine diplomacy, stepping up to help primarily developing countries, and also some wealthy countries, as much of the supplies in the US and Europe have been allocated and Manufacturers around the world have run into unexpected production bottlenecks.

India has been able to ship tens of millions of doses abroad due to the huge production capacity of the Serum Institute of India, which has been producing enough AstraZeneca vaccines to supply the local inoculation campaign with more than enough leftover for export. It has exported more than 45 million doses to around 45 countries, including Canada, Kenya and Cambodia. About 7 million of those doses were donated by the Indian government.

With the results of Phase 3, Bharat Biotech also plans to become a large exporter. He said Wednesday that more than 40 countries were already interested in using his vaccine.

The company is not new to the vaccine race. It has produced billions of doses of other vaccines over the years. It said its Covid-19 vaccine would be particularly competitive with the many on the market because it only needs to be stored in regular refrigerators and doses can be used up to 28 days after opening a vial. Other vaccines must often be used within hours of opening, which means that any doses not used within a day must be discarded.

The Bharat Biotech vaccine was developed in conjunction with the Indian Council for Medical Research, a government organization, which said the success of the late-stage trial was a source of national pride.

“The journey from the bank to the bedside of the completely indigenous Covid-19 vaccine in less than eight months shows the immense strength of self-sufficient India to fight adversity and stand firm in the global public health community,” said Balram Bhargava. CEO of ICMR. “It is also a testament to India’s emergence as a global vaccine superpower.”

—Krishna Pokharel contributed to this article.