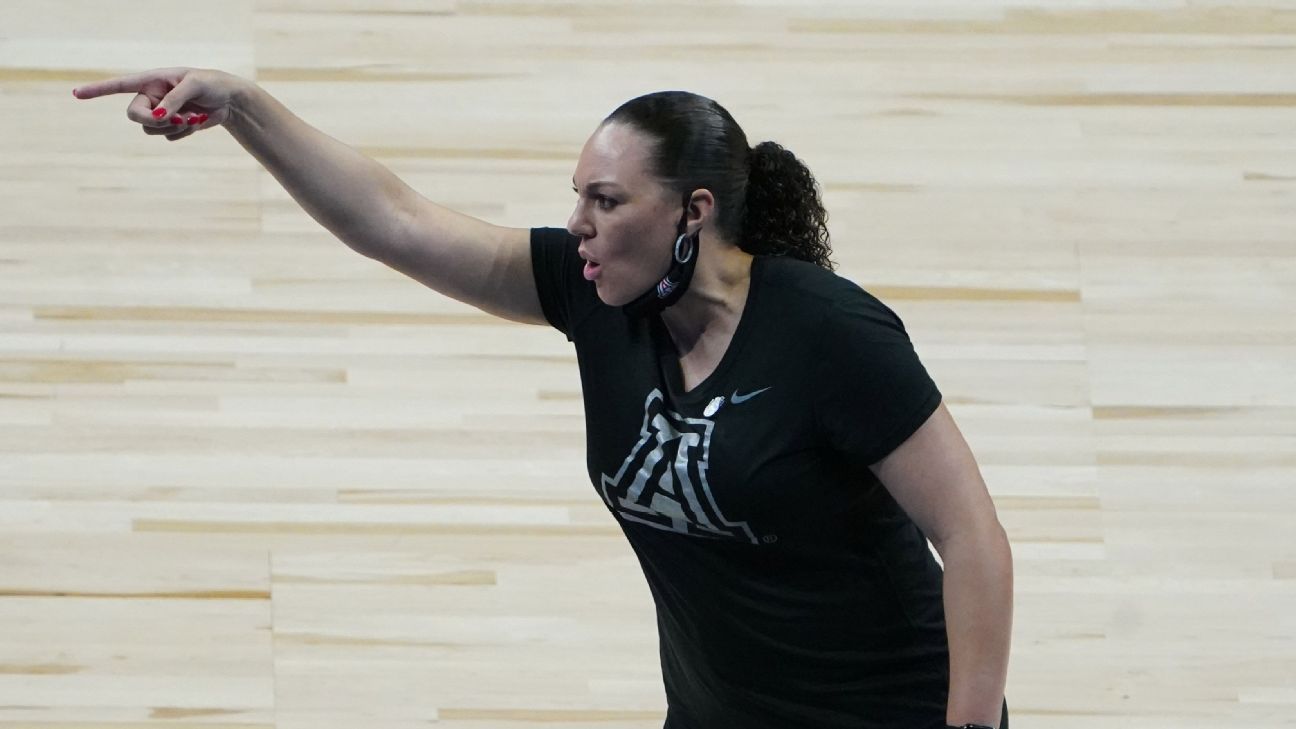 When Adia Barnes became Arizona’s head coach of women’s basketball in 2016, everyone she knew seemed to think it was a mistake, even though it was her alma mater.

“When I took the job, it was a bad job,” Barnes said. “Everybody said, ‘Don’t take it.’ All my mentors, friends who are legends in the game … they said it was a bad job, you can’t win, it’s hard to recruit there. “

However, Barnes’ No. 3 seeds will go to the NCAA Women’s Elite Eight, and on Monday they will face another team that is in a regional final for the first time in show history: the No. 4 Indiana.

The Regional Market saw its top two seeds, NC State and Texas A&M, head to Indiana and Arizona, two schools with a historic men’s basketball record as national champions, on Saturday. And now they are making their own story on the women’s side.

“The state of Indiana is basketball,” said Hoosiers coach Teri Moren, an Indiana native who played collegiate for Purdue. “Tradition has always been on the side of men. We wanted to build our own.”

Indiana (2018) and Arizona (2019) took steps toward that by winning WNIT titles the past two years. Those championships gave both programs the necessary postseason success to learn from.

This is the first time since 1997, when Notre Dame took on George Washington, that two Elite Eight rookies meet in a regional final. The Irish won that matchup and then lost in the national semifinals. But since then Notre Dame won NCAA titles in 2001 and 2018 and became a national powerhouse.

Hoosiers guard Ali Patberg, a native of Indiana, began her college career at Notre Dame in 2015. But she suffered an ACL injury that ended what would have been her freshman season before it began. After playing the next season at Notre Dame, Patberg said his confidence had sunk and he moved on.

“She was devastated when she got to Indiana,” Moren said. “But as long as she had someone who was willing to work out and be in the gym with her and love her and laugh with her, we just watched her blossom in front of us with the kid I saw in high school playing.” so bravely. “

Patberg led the Hoosiers with 17 points Saturday in their 73-70 win over NC State.

“My journey has been very different,” said Patberg. “But, you know, it was perfect. I had a lot of tough battles in the beginning. But I came to Indiana where they believed in me.”

Arizona made a Sweet 16 earlier: In Barnes’ senior year, 1998, when he lost in the regional semifinals to UConn. She was the Pac-10 player of the year and played in the WNBA from 1998 to 2004, winning a championship with Seattle in her final season in the league. She also played abroad before entering as a coach. She was an assistant in Washington in 2016 when the Huskies reached their first women’s Final Four, and shortly after Barnes left for Arizona.

On Saturday, Pac-12 player of the year McDonald had one of the best games of her career at the perfect time for the Wildcats: 31 points and five rebounds in a 71-59 victory over Texas A&M. Defensively, he helped hold Aggies point guard Jordan Nixon to three points after Nixon scored 35 in the second round.

“I knew what it would be like to transfer to Arizona,” McDonald said. “I had to take everything with a grain of salt, I have to be positive knowing that I was out. I knew I had to improve, make my teammates better.

“What a feeling. I’m speechless. It’s crazy. It’s exciting. It’s been incredible. It’s been a wonderful journey. It’s not over yet.”