Indian glacier in Himalayan valley, cause of flood 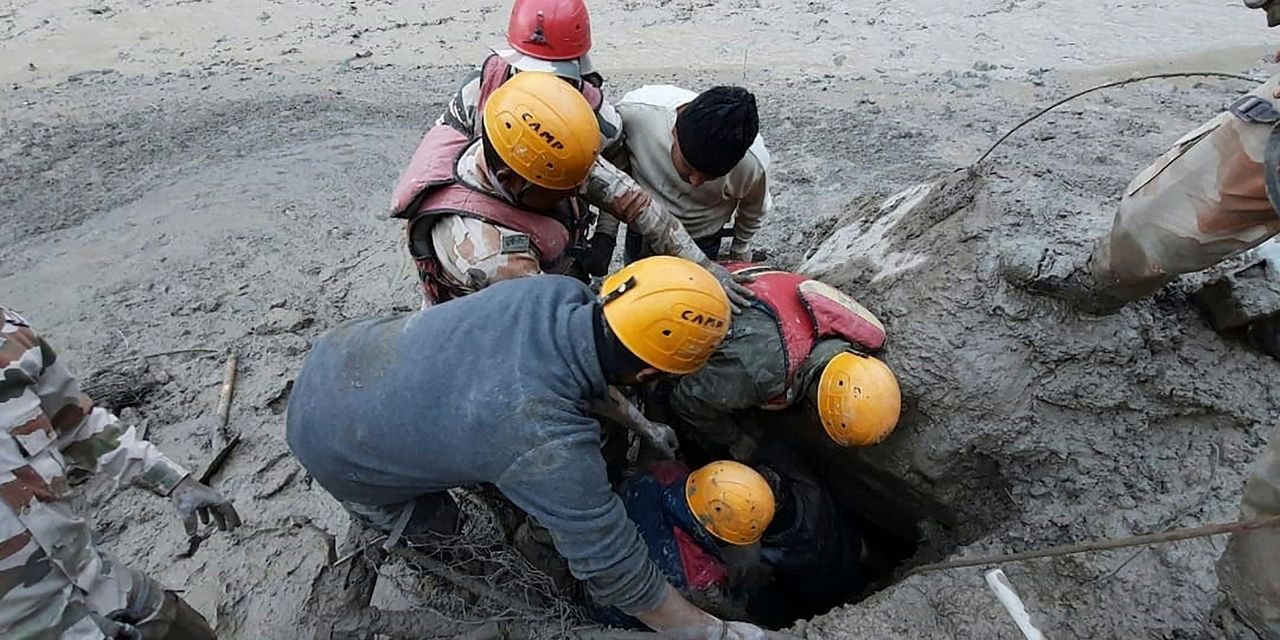 At least 14 people died and more than 150 people went missing after a flood swept through a Himalayan mountain valley in northern India, which slipped into hydroelectric projects and fired workers at the sites.

The flooding was caused when a glacier near one of the Ganges tributaries, the sage Ganga river, broke into the river on Sunday morning. Local television footage showed a large surge of brown water splashing across the valley, filling the edges, triggering avalanches and knocking over buildings.

The water went into a small hydroelectric project, a dam being washed away and a large hydroelectric project being damaged. According to Mukesh Kumar, data entry operator of the District Disaster Management Authority of Chamoli in the state of Uttarakhand, around 154 people working in both the projects were missing since Sunday night.

Mr. Kumar said, “14 dead bodies of the workers were removed from the river.” “We will only know the identity of the dead and missing workers tomorrow.”

Teams of the army, police and India’s National Disaster Response Force helped in the rescue work till late night, including helping the excavated workers trapped in the tunnel at a site. The government said naval divers were being flown on Sunday, while the Indian Air Force was ready for additional help with any help.

In the news briefing, Chief Minister Trivendra Singh Rawat said, “All our focus is on rescue.”

Hundreds of people died in the same state after a similar flood in 2013, when a snow-capped lake wall broke after heavy rains – one of the holiest temples in Hinduism with thousands of pilgrims passing through a valley Were going on

More than 4,000 people went missing after that disaster, although the official death toll was kept up to a few hundred, government officials said at the time.

Prime Minister Narendra Modi said that he is talking to senior officials and getting updates on rescue operations and relief operations. He announced a government fund to support the families of those killed and injured by the disaster.

“India stands with Uttarakhand and the country prays for everyone’s safety,” He said on twitter.

-Rajesh Roy contributed to this article.