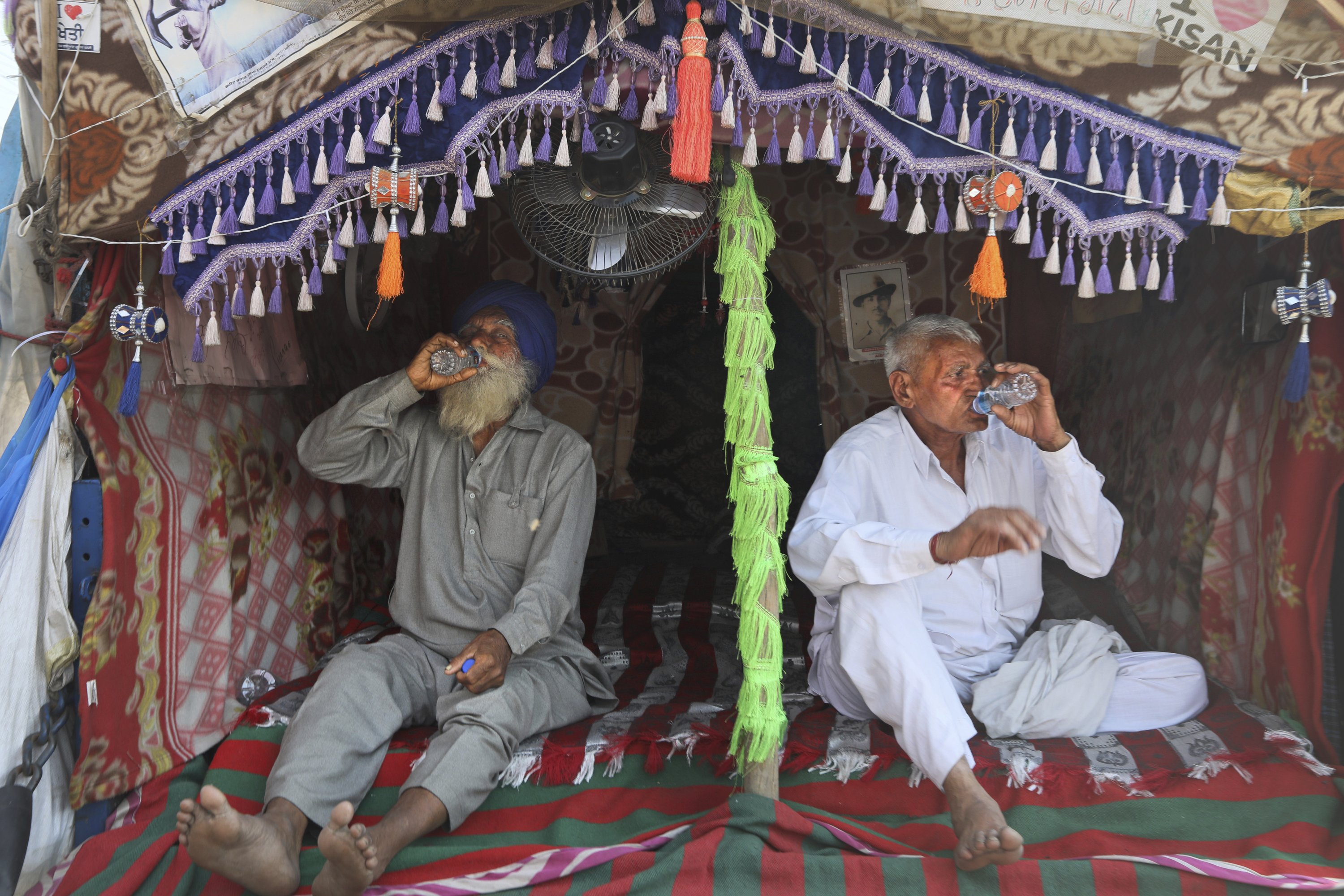 NEW DELHI (AP) – Thousands of Indian farmers blocked a massive highway on the outskirts of New Delhi on Saturday to mark the 100th day of protests against farm laws that they say will devastate their income.

Farmers stood on tractors and waved colored flags as their leaders chanted slogans through a loudspeaker atop a makeshift stage.

Thousands of them have crouched outside New Delhi’s borders since late November to express their anger at three laws passed by Parliament last year. The government of Prime Minister Narendra Modi says the laws are necessary to modernize agriculture, but farmers say they will leave them poorer and at the mercy of big corporations.

Samyukta Kisan Morcha, or Joint Farmers Front, said the blockade would last five hours. “It is not our hobby to block roads, but the government does not listen to us. What can we do? “Said Satnam Singh, a member of the group.

Farmers have not been intimidated even after violence erupted on January 26 during clashes with police that left one protester dead and hundreds injured. But they could soon be in trouble.

For 100 days, Karnal Singh has lived in the back of a trailer along a vast stretch of arterial highway connecting North India with New Delhi. He camped on the outskirts of the capital when he was under the grip of winter and smog. Now the city is preparing for scorching summer temperatures that can reach 45 degrees Celsius (113 Fahrenheit). 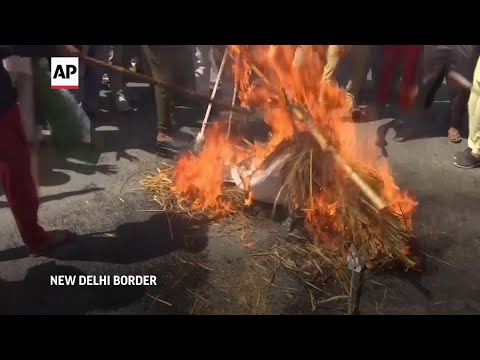 But Singh, like many other farmers, is unfazed and plans to stay until the laws are completely repealed.

“We are not going anywhere and we will fight to the end,” said Singh, 60, on Friday, as he sat cross-legged inside a makeshift shelter in the back of his truck.

The atmosphere on the border of Singhu, one of the protest sites, was boisterous on Friday, and many farmers settled in its surroundings for the long term.

Huge soup kitchens continued to operate, feeding thousands of people daily. Farmers crowded both sides of the road and hundreds of trucks have been converted into rooms, equipped with water coolers in preparation for summer. Electric fans and air conditioners are also being installed on some trailers.

Farmers say the protests will spread across the country soon. However, the government expects many of them to return home once India’s main harvest season begins at the end of the month.

Karanbir Singh dismissed such concerns. He said his community, including friends and neighbors in the villages, would take care of the farms while he and others continued the protests.

“We will help each other to ensure that no farm goes unharvested,” Singh said.

But not all farmers are against the law. Pawan Kumar, a fruit and vegetable grower and a fervent Modi supporter, said he was ready to give them a chance.

“If (the laws) turn out to be of no benefit to us, then we will protest again,” he said. “We will block roads and make the protest even bigger. Then more ordinary people will join, even workers. But if they are beneficial to us, we will keep them. “

Several rounds of talks between the government and farmers have failed to end the stalemate. The farmers rejected a government offer to suspend the laws for 18 months, saying they want a complete repeal.

The legislation is unclear on whether the government will continue to guarantee prices for certain essential crops, a system that was introduced in the 1960s to help India shore up its food reserves and avoid shortages.

Farmers also fear that the legislation indicates that the government is moving away from a system in which an overwhelming majority of farmers sell only in markets authorized by the government. They worry that it will leave them at the mercy of corporations that will no longer have a legal obligation to pay them the guaranteed price.