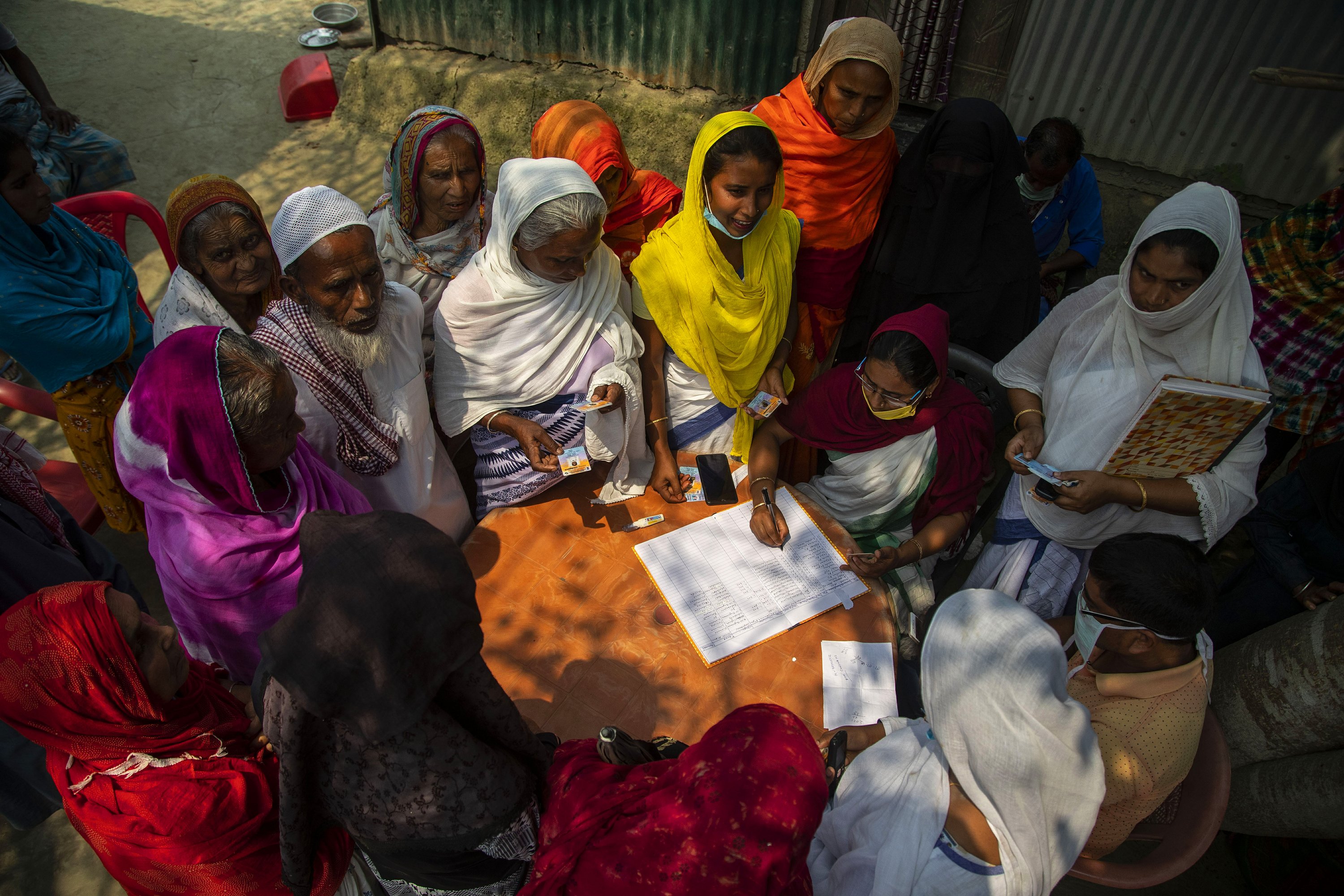 NEW DELHI (AP) – India reported a record daily increase in new coronavirus cases for the second time in four days on Wednesday, while New Delhi, Mumbai and dozens of other cities announced they are imposing curfews to try to stem the surges. infections.

The increase of 115,736 coronavirus cases reported in the last 24 hours exceeds the 103,844 infections reported on Sunday. Deaths rose by 630 in the past 24 hours, the highest since November, bringing the total death toll in the country to 166,177 since the pandemic began.

So far, the federal government has refused to impose a nationwide lockdown to contain the latest increase, but has asked states to decide to impose local restrictions.

“The pandemic is not over and there is no room for complacency,” Health Minister Harsh Vardhan said on Twitter. He urged people to get vaccinated.

India now has a seven-day moving average of more than 78,000 cases per day and has reported 12.8 million virus cases since the pandemic began, the highest after the United States and Brazil.

Due to a surge in infections, India has now delayed exports of large quantities of vaccines. So far it has shipped 64.5 million doses.

Experts say the increase, which is worse than last year’s peak in mid-September, is partly due to growing disregard for social distancing and the wearing of masks in public spaces.

As health officials continue to warn of gatherings in public places, Prime Minister Narendra Modi and his party leaders continue to hold massive demonstrations in several states where local elections are taking place.

While on the campaign trail in West Bengal state on Tuesday, Modi was seen greeting supporters without a mask from his car.

His government has also allowed a large month-long Hindu festival to take place that draws tens of thousands of devotees daily to the banks of the Ganges River in the northern state of Uttarakhand.

In other developments in the Asia Pacific region:

– North Korea has continued to claim a perfect record for avoiding coronavirus in its latest report to the World Health Organization. At the beginning of the pandemic, North Korea described its efforts to keep the virus out as a “matter of national existence.” It closed its borders, banned tourists, and expelled diplomats. The country still severely limits cross-border trafficking and has quarantined tens of thousands of people who have shown symptoms. But he still says he has not found any cases of COVID-19, a widely disputed claim. In an email sent to The Associated Press on Wednesday, Edwin Salvador, the WHO representative in North Korea, said North Korea reported that it screened 23,121 people for the coronavirus from the start of the pandemic to April 1. and that all the results were negative. Salvador said North Korea said 732 people were tested between March 26 and April 1. WHO officials say North Korea no longer provides the UN agency with the number of people it quarantines with suspicious symptoms.

– South Korea has reported 668 new cases of the coronavirus, its biggest daily jump in nearly three months, as concerns mount about another surge and a slow launch of the vaccine. Figures released by the Korea Disease Prevention and Control Agency on Wednesday brought the number of national cases to 106,898, including 1,756 deaths. Most of the new cases occurred in the Seoul area and other major cities. Officials previously insisted that a wait-and-see approach to South Korea’s vaccine launch was feasible because the nation’s outbreak was not as severe as in the United States and Europe. Now, they say they are considering all possible measures to avoid a shortage, and it remains to be seen whether they would consider curbing exports of AstraZeneca shots produced by local firm SK Bioscience.

– Faced with criticism for a delayed vaccine launch, Australian Prime Minister Scott Morrison notes that his country has faced difficulties in obtaining the promised vaccine doses from Europe. He said that more than 3 million of the AstraZeneca vaccine doses contracted by Australia have yet to arrive, but that should not be taken as a criticism of the European Union. “That is just a simple fact. That is not a dispute. It is not a conflict. It is not an argument. It is not a shock. It is a simple fact. And I am simply explaining to the Australian public that supply problems are limiting and limiting, particularly in recent months, the general launch of the vaccine, ”Morrison told reporters in Canberra. He said he will write again to the European Union and AstraZeneca requesting that they send the full order for vaccine doses. Morrison said some of the doses will be shipped to help neighboring Papua New Guinea deal with the virus outbreak. In March, Europe stopped some 250,000 vaccines going to Australia due to concerns about shortages in European supplies.

– Nepal resumed administration of COVID-19 vaccines on Wednesday with vaccines donated by China. The Himalayan nation had started its vaccination campaign in January with AstraZeneca vaccines made by the Serum Institute in India, but had to suspend it after India cut off supplies. China donated 800,000 doses of the Sinopharm vaccine that was flown in last month. India had given away 1 million doses of the AstraZeneca vaccine for the first time and Nepal bought 2 million more from the company. However, only 1 million was supplied and the company has delayed delivery of the other half.