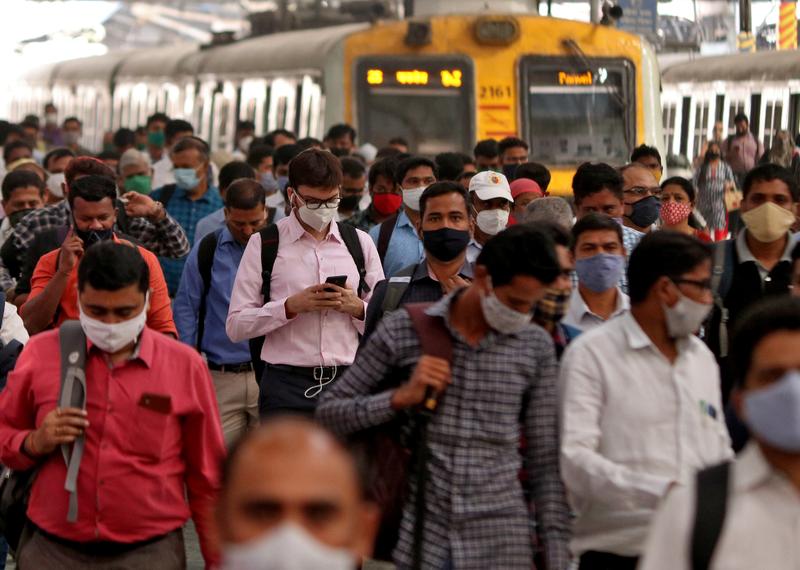 NEW DELHI (Reuters) – India on Wednesday reported a new variant of the coronavirus as it struggled with the highest count of new infections and deaths in a single day this year.

The variant, described by officials as a “double mutant,” has been found in more than 200 samples in the hardest-hit western state of Maharashtra, which is home to India’s financial capital, Mumbai.

Health officials said the new variant had not been detected in large enough numbers to link it to increased cases in Maharashtra and other states, including Kerala and Punjab.

Epidemiologists said that the term “double mutant” refers to a completely new variant that has the characteristics of two already identified variants.

“The double mutant is not a scientific term. It’s just another mutant that seems to be unique to India, ”said Ramanan Laxminarayan, founder of the Center for Disease Dynamics, Economics and Policy in New Delhi.

“Is there any reason to be concerned about this particular variant? Not yet, because we have no evidence that these variants are more transmissible or more lethal than we already have, “he added.

About 20% of the samples containing the new variant in Maharashtra were found in the city of Nagpur, a key commercial and logistics center, said the director of the National Center for Disease Control, Sujeet Kumar Singh, at a press conference. .

The variant is evolving, Singh said, adding that nine of those samples were also found in New Delhi, which has seen a steady rise in infections in recent weeks.

The two approved vaccines from India, one developed by AstraZeneca and the University of Oxford, and the other, a local injection of Bharat Biotech, are effective against variants of the virus first identified in Britain and Brazil, health officials said.

On Wednesday, India reported 47,262 new infections during the previous 24-hour period, the highest since early November, bringing its overall count to 11.7 million. Only the United States and Brazil have a higher number of cases.

Several states announced a ban on large gatherings ahead of the Hindu festival of Holi this weekend.

The federal government also announced that it was expanding its vaccination campaign nationwide to include all people over the age of 45 as of April.

India ranks third in the world in terms of total vaccination, after the United States and China, but ranks much lower in per capita terms, the Our World in Data website showed.