Inactivity | Teridius White, John Brown are out for the Tennessee game 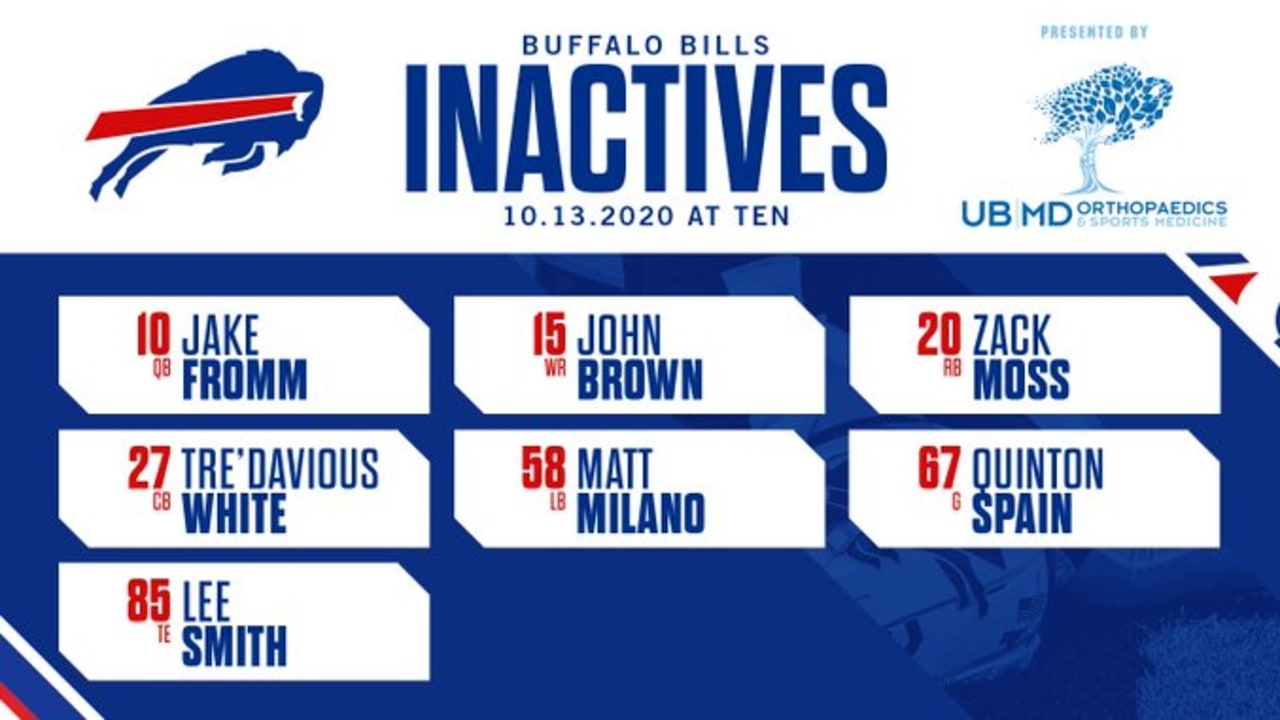 He entered Tuesday night’s game against the Titans as a suspect. It was made official tonight. Bill will be without WR John Brown with a calf injury and CB Tre’Davious White with a back injury.
For White, it was the first NFL start of his career due to injury.
White participated in pre-game workouts to test his back injury, but it clearly did not seem enough to play as he lined up the Bills passive list.
The All-Pro cornerback has missed only one game in his NFL career, as the Bills had already secured a playoff berth in the final of the 2019 regular season.
In an effort to bolster the roster at the corner position, the Bills elevated Rocky CB Dan Jackson from the practice squad and he remains active tonight.
John Brown had only one game last season for the Bills in 2019, along with being a season finalist when he was healthy. He was limited in practice this week.
The team also called LB Andre Smith from practice and he is also an active player tonight.
Guard Quinton Spain received a late scratch after notifying the team of a foot injury in the pre-game warmup.
Here is the complete list of Bills passive players for tonight’s game.