In an election on race, gentrification and party loyalty, Atlanta awaits a recount to determine its next mayor 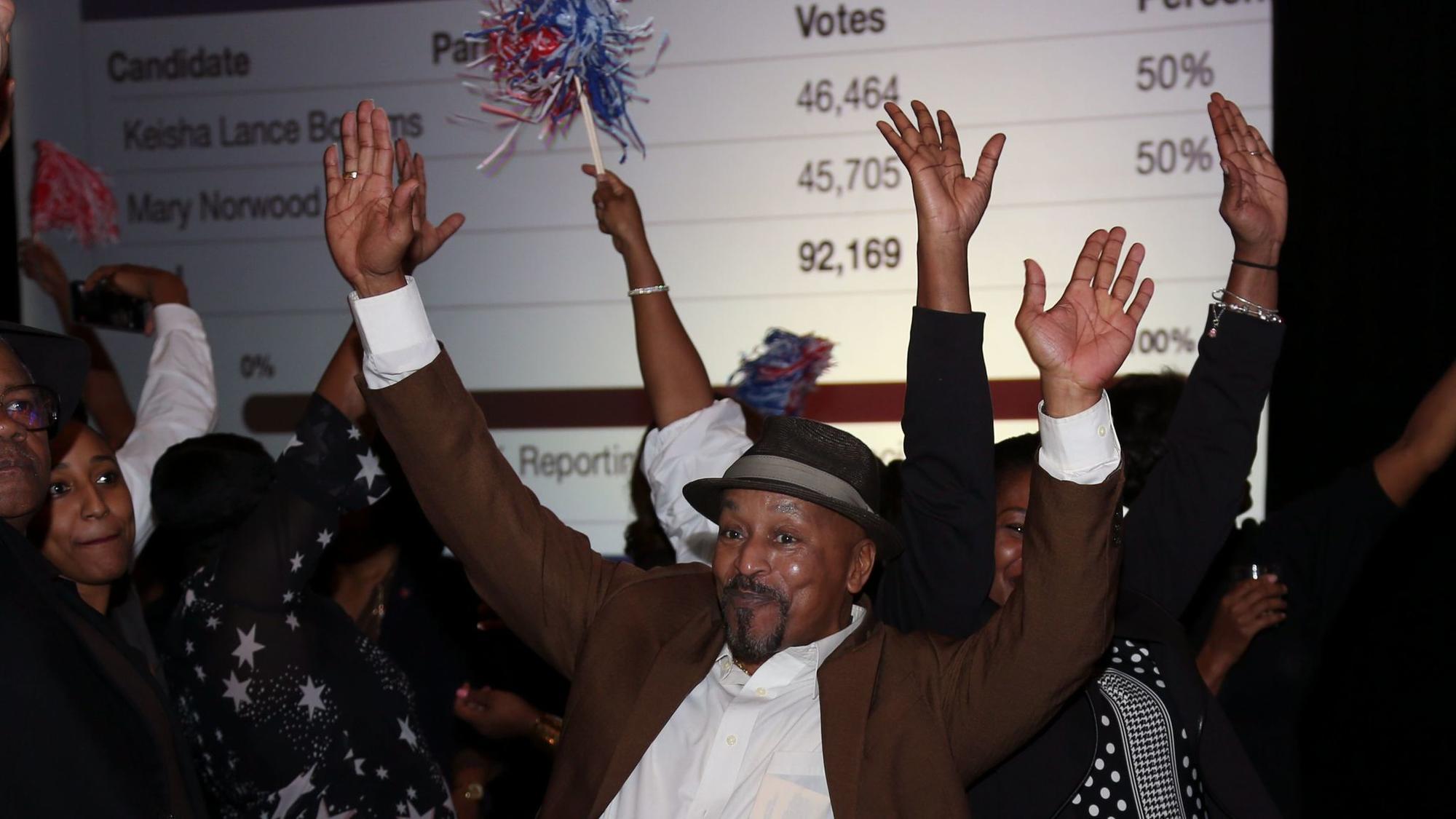 It was an agonizing decision for Gerald Griggs.

As a black man, lawyer and community activist of 39, he felt the weight of civil rights history here and his loyalty to the Democrats by drawing him to the black Candidate for mayor, Keisha Lance Bottoms, councilor and standard bearer of the political establishment of Atlanta.

But as an opponent of the growing inequality that rapid gentrification has brought to Atlanta, he was tempted to vote for a candidate who seemed more likely to break with the status quo, Mary Norwood, an independent who is white.

"Like so many people in the city, I'm torn, I want change," Griggs said before casting his vote on Tuesday. "While it seemed that the city was progressing for all, in fact it was not progressing, we have one of the greatest inequalities of wealth in any city in the nation."

In the end, he chose the black establishment candidate. Bottoms declared victory early Wednesday after the initial count put it ahead by 759 votes, but now awaits the results of a recount that officials said could take several days.

If it confirms the Bottoms advantage, Atlanta will continue its streak, beginning in 1973, to elect only African-American mayors.

"I believe in the dream that is Atlanta," said Griggs, noting that he had grown up under the spell of Maynard Jackson, the city's first black mayor, and Andrew Young, another Atlanta mayor, as well as an icon of rights. civilians

The results suggest that race was a major factor in the voting of people, with residents in the poor and black neighborhoods of the south of the city overwhelmingly favoring those below and those of the richest, white neighborhoods in the city. North of Norwood.

That polarization, along with demographic changes and black participation, finally defined the mayoral race, said Andra Gillespie, a professor of political science at Emory University.

"The proportion of black voters was enough to be able to push Keisha Lance Bottoms over," he said.

The mix of voters has changed as Atlanta has become richer and more white: with African Americans dropping from 61% of the population in 2000 to 54% in 2010. So far, the black establishment has prevailed, as It seems that it will do it this time, but it is not clear how long it will last.

This is the second time in a decade the city has been close to electing a white mayor. In 2009, Norwood dragged the current mayor, Kasim Reed, by 620 votes after the initial count. Reed went on to win by a margin of 714 votes in a recount.

If Bottoms, 47, maintains her leadership, she would become the second black mayor of the city.

City councilwoman since 2010, won support from key Democratic figures such as Reed, Young and US Senators Kamala Harris and Cory Booker.

But some would-be allies saw her as a symbol of the status quo, citing her ties to Reed, whose administration has been persecuted by an ongoing federal investigation into the hiring of the city. She has also been criticized for receiving two salaries from the city, as councilor and president of the Atlanta and Fulton County Recreation Authority, and not paying her water bills in full.

Norwood, a 65-year-old city councilor and long-time community organizer of the Buckhead tony neighborhood, calls herself a populist outsider and has earned a reputation for steadfastly attending community meetings throughout the city and to be widely available to the voters. The Democrats of Georgia consider it a Republican secret, highlighting its links with donors of the Republican Party and indecision on issues such as racial discrimination.

Still, several Black leaders, including former Mayor Shirley Franklin and City Council Speaker Ceasar Mitchell, backed Norwood. [19659002] "This election has to do with character, transparency and integrity," said Franklin. "Not the race."

"For his resume, knowledge of the problems, demonstrated commitment to public service and integrity, Norwood is easily the best candidate," liberal columnist Jay Bookman wrote in the Atlanta Journal-Constitution.

When Bottoms declared victory early Wednesday, she declared that she was committed to working for the good of all residents, extending an olive branch to Norwood supporters.

"I hope to commit to you, making sure our city keeps moving forward," he said. "And for those who did not support me, I hope to work with you also because this is still a city for all of us."

The elections in Atlanta are likely to continue to be contested as the city's demographics change, veteran political observers said future mayoral candidates will likely have to work harder to attract a broad spectrum of voters.

"We have to recognize that there are racially polarized votes in the city," Gillespie said. "The candidates will have to find a way to understand the concerns of the voters and to unite the voters in a way that unites the communities and does not divide."

Ultimately, Gillespie said, a white mayor would not spell the end of African-American power and political prominence in the city.

"There has been a long-term investment in the idea that Atlanta demonstrates its racial progressiveness by having high-level African-American political leadership," he said. "If Mary Norwood was elected mayor, that symbol will disappear." Atlanta would have to rethink what "the city too busy to hate" looks like.

While Griggs sees division throughout the city, he hopes to pressure Bottoms and other politicians to address the underlying problems of economic inequality, affordable housing and crime. the reform of justice that has left many black voters dissatisfied with the status quo.

"What you have now is a city that is divided," he said. "We have to unite the city by making sure that economic prosperity flows throughout the city and that the policies that come from the City Council reflect the values ​​of Atlanta: black and white."

Jarvie is a special correspondent.