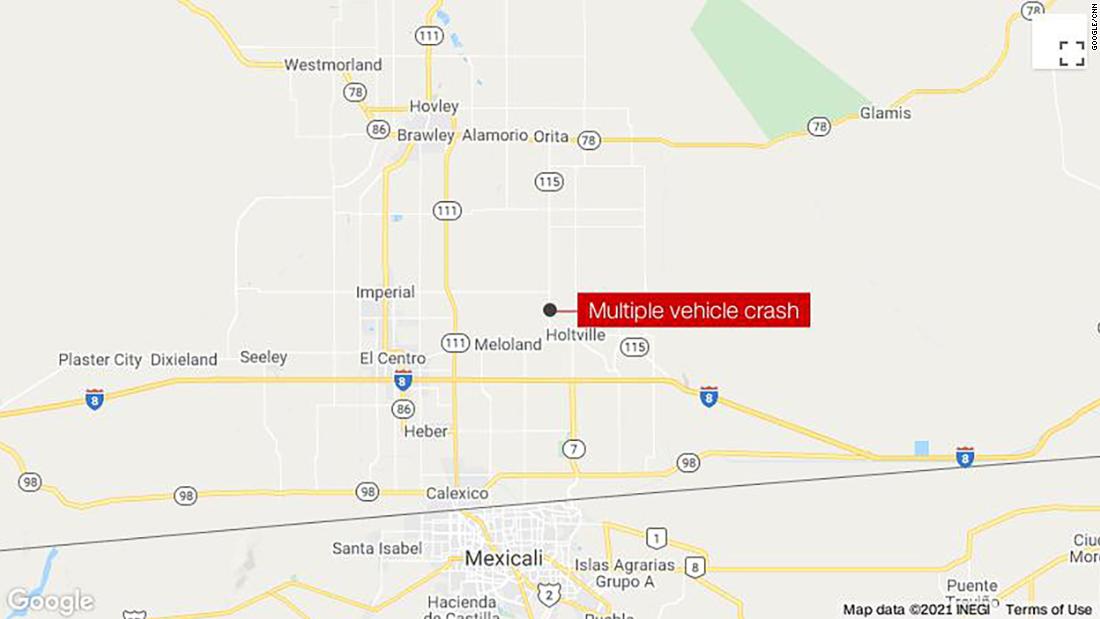 A vehicle was traveling west on Norrish Road near State Route 115 when it was traveling “in the direct path” of a truck traveling north on 115, said California Highway Patrol Officer Arturo Platero. The cause of the crash is under investigation.

There were 27 passengers in the van that collided with a gravel-filled truck, said Judy Cruz, general director of the Emergency Department at El Centro Regional Medical Center.

He said 14 people had died at the scene and another person died shortly after arriving at the hospital.

“As you can imagine, patients are going through a difficult time,” said Adolphe Edward, executive director of El Centro Regional Medical Center. “This was a serious accident and we are treating them in the emergency room.”

Imperial County fire officials said multiple agencies were responding to the crash, which is being treated as a mass casualty event.