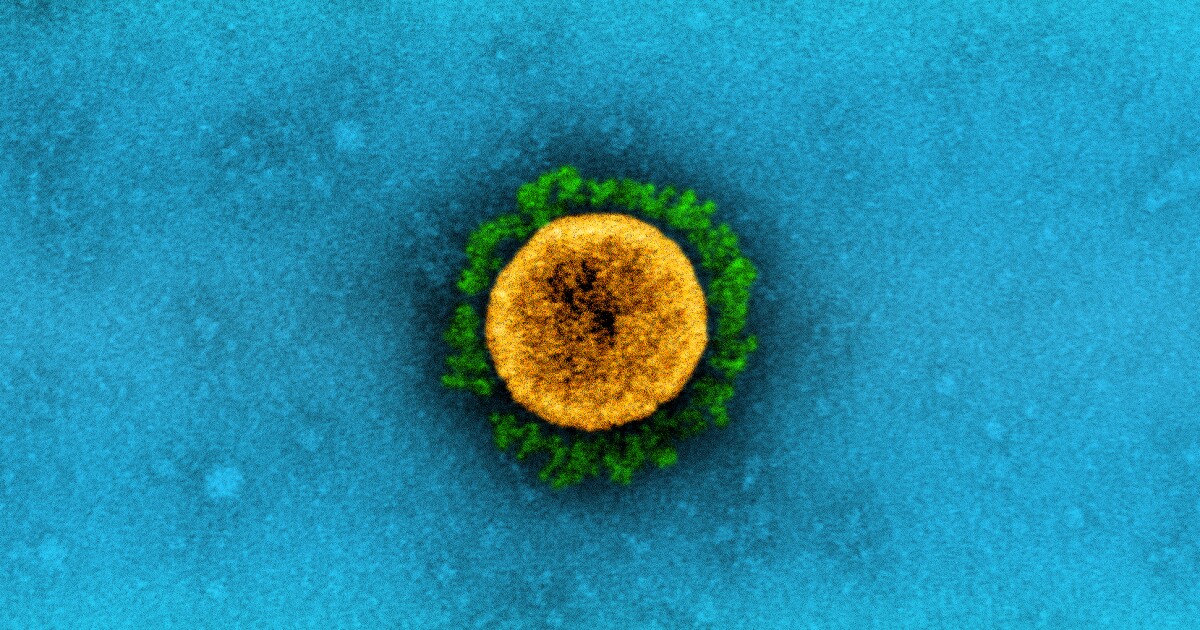 One of the enduring questions of the COVID-19 pandemic is how much immunity people have left after recovering from a coronavirus infection. New research suggests that the level of protection is comparable to that of receiving a vaccine, at least for a few months.

Among a group of hundreds of thousands of Americans who tested positive for a SARS-CoV-2 infection, the risk of developing a subsequent infection more than three months later was approximately 90% lower than that of people who had not previously been infected and therefore had no immunity to the virus, according to researchers at the National Cancer Institute.

For comparison, when the vaccines made by Pfizer-BioNTech and Moderna were tested in phase 3 clinical trials, they reduced the risk of developing COVID-19 by at least 94%.

The findings, published Wednesday in JAMA Internal Medicine, could help inform plans for workers to return to their offices, send students and teachers back to school campuses and allow the economy to reopen further.

“I think we knew this, that immunity [after natural infection] it lasts a long time, ”said Dr. Monica Gandhi, an infectious disease specialist at UC San Francisco who was not involved in the new research. “But it is still very exciting.”

There are three important things scientists need to know to understand the biological value of coronavirus antibodies, said Dr. Mitchell H. Katz, who directs NYC Health and Hospitals. They are: Do antibodies protect against infection? Can they be reliably detected with current tests? And, if they offer some protection, how long does it last?

The new study “provides reassuring answers to the first and second questions,” Katz wrote in an editor’s note accompanying the study.

To investigate immunity to the coronavirus, cancer researchers examined the results of more than 3 million blood tests administered to Americans between the start of the pandemic and August 23. A total of 378,606 of those tests tested positive for antibodies to SARS-CoV-2 – a sign that the person who provided the sample had an active coronavirus infection.

Among the millions of people who were tested, some – about 11% of those who tested positive and 9.5% of those who tested negative – later performed a different test to look for evidence of the coronavirus genetic material in samples. of patients, which are usually collected through the nose, throat or saliva.

The researchers used these results to see if people who had had a coronavirus infection were less likely than their uninfected counterparts to have SARS-CoV-2 particles in their system. For their analysis, they classified the results into four groups based on the gap between the antibody test and the genetic test.

After running the numbers, the researchers found that between 3% and 4% of those who originally tested negative for coronavirus antibodies subsequently tested positive with the genetic test. This was true in all four time ranges: 0 to 30 days, 31 to 60 days, 61 to 90 days, and more than 90 days. The consistency was likely a reflection of the relatively stable rate at which people in their communities were being infected at the time, the researchers said.

Compare that to people who originally tested positive for coronavirus antibodies. Their genetic test results were positive at very high rates in the first 30 days (11.3%), which the researchers said was likely a sign that leftover viral particles were still being cleared from their systems.

However, the positivity rate for the genetic test plummeted to 2.7% in the second month after infection, then fell to 1.1% in the third month. And after those 90 days, only 0.3% of people with a previous coronavirus infection had another infection that was detected with a genetic test.

That coronavirus infection rate was 10 times lower than that of people who presumably had not been previously infected.

That level of protection appears to be comparable to the benefits offered by the Pfizer and Moderna vaccines in their clinical trials, the study authors noted.

“Of course, the protection induced by a safe vaccine is clearly preferable,” they were quick to add, “as the risk of a serious outcome for the entire population from a licensed or approved vaccine is expected to be orders of magnitude less. than that of a natural vaccine infection. “

Although the findings may be of great interest to scientists, they are unlikely to make much of a practical difference at this stage of the pandemic, Gandhi said. This is because vaccines appear to be at least as protective as a past infection, and they are already being implemented.

These findings “could have been used two months ago,” he added.

While this study did not measure how long the benefits of a previous infection last beyond 90 days, other lines of evidence suggest that it takes time to diminish. For example, Gandhi pointed to a paper in Science that found that immune cells triggered by SARS-CoV-2 remained in the body for at least eight months.

The findings may help explain why new infections in Los Angeles County have declined in the wake of a devastating increase in holidays. Dr. Roger Lewis, director of COVID-19 hospital demand modeling for the Los Angeles County Department of Health Services, estimated that approximately 1 in 3 people in the county now have immunity to the coronavirus.

Still, the study authors said more research would be needed to get a clearer picture of natural immunity to the coronavirus.

“Factors that influence the risk of reinfection, such as variations in viral strains, the immune status of patients or other characteristics at the patient level, should be evaluated in subsequent studies that include a follow-up beyond 90 days,” they wrote. .