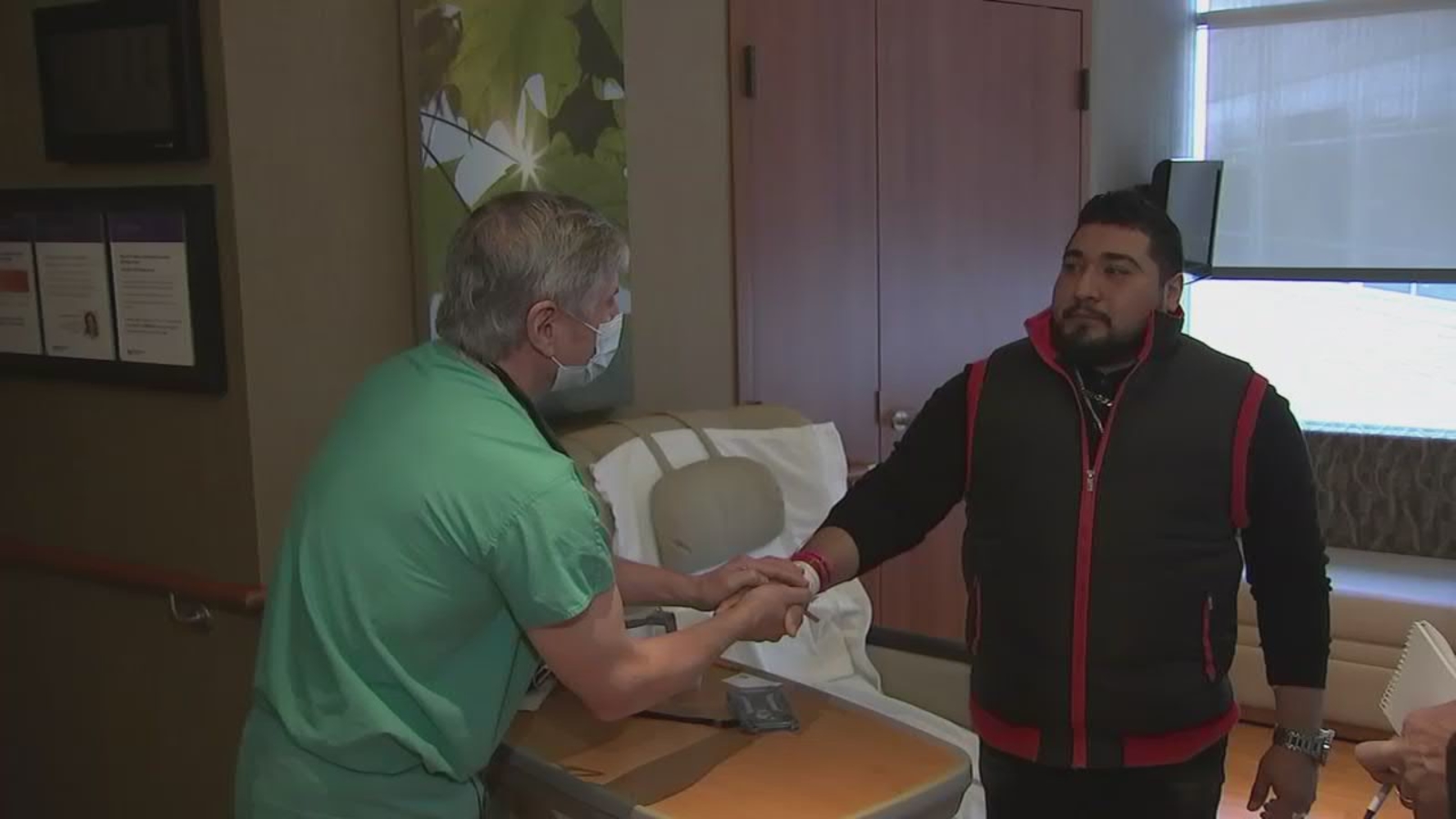 DUPAGE COUNTY, Ill. (WLS) – Jason Barbosa met the doctor who saved his life for the first time on Monday.

In fact, the last time Dr. Jeffrey Huml treated Barbosa, he was unconscious; COVID-19 forced him into a coma for six weeks.

Barbosa said his entire body shut down and the virus nearly killed him on several occasions.

“They told my family to say goodbye to me three times. They told them they were going to disconnect me,” he said.

But Barbosa survived and is on the long road to recovery.

“I’m in awe. This is truly a miracle,” said Northwestern Medicine’s Dr. Huml.

While Barbosa has some relatives in the western suburbs, his immediate family, including his wife, two children, and his parents, are all in Mexico. They were unable to visit him during the nearly four months he was at Central Dupage Hospital.

Barbosa is 25 years old, she had no pre-existing health problems and her doctor said her case should serve as a warning.

Barbosa was discharged from the hospital last August, but he still has to check into the hospital frequently as he deals with the aftermath of the virus. He hopes to get the vaccine as soon as possible and to see his family.

“When I woke up it was the first thing I thought, to be there for them,” he said.

At its peak, Central DuPage Hospital was treating 111 COVID patients. Now the number has dropped to about 25, but doctors said it is important to remember the threat of serious illness or even death.