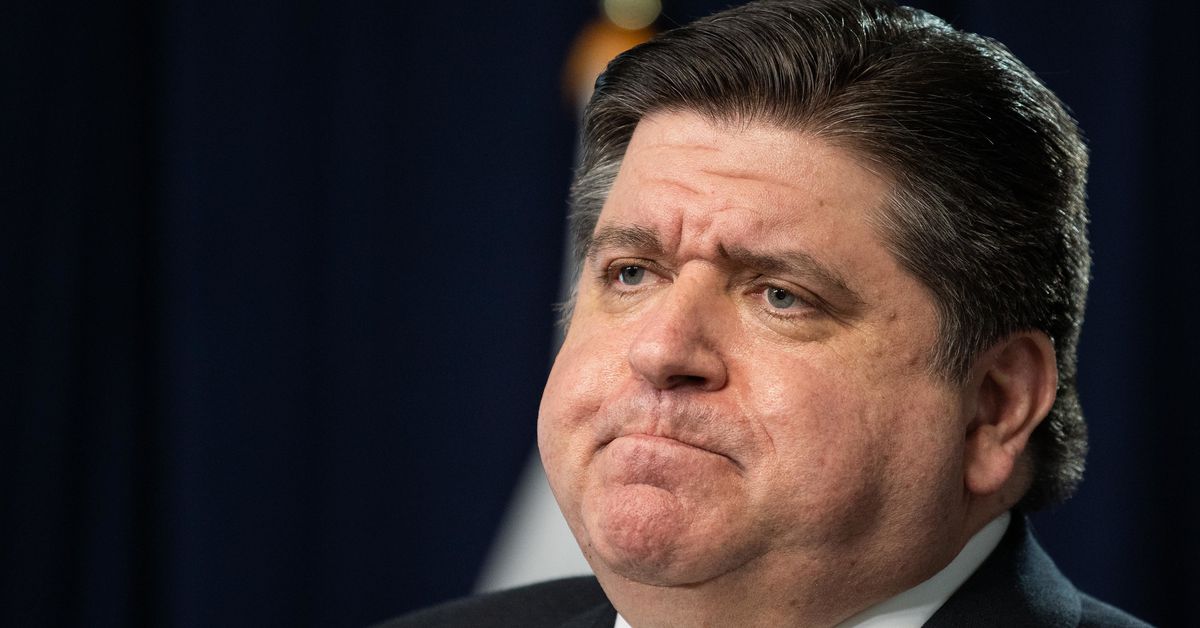 Citing a “possible worrying trend” in rising COVID-19 infection rates across the state, Gov. JB Pritzker on Friday dispatched vaccination teams to five most affected counties in northwestern Illinois and authorized other departments of local health agencies to expand eligibility to receive more arm injections as quickly as possible.

Public health officials say they have seen a decline in demand in several counties, leaving appointments unfilled while the average coronavirus test positivity rate across the state has increased by 38% in less than two weeks.

That’s why the governor’s health team is allowing local health officials to begin distributing doses to any resident 16 years of age or older “at their immediate discretion,” according to the Illinois Department of Public Health.

“We want to avoid a sudden spike, so we’ve tried to get through this as quickly as possible, making sure we’re not only vaccinating more people, but we have teams going to the regions of the state where this is happening, and… making changes so that we can reduce the numbers, ”Pritzker said during an unrelated press conference on the South Side.

The worrying rally also threatens to derail Pritzker’s “bridge phase” plan, which was poised to loosen more trade restrictions in a few weeks.

Officials did not specify all the communities where demand for vaccines “appears to have decreased.” They urged residents to contact local health departments directly to see if they have expanded eligibility.

“Every county is different, and local health departments know best how to vaccinate people in their communities as soon and as fairly as possible,” Ezike said.

Pritzker previously announced plans to open appointments for all residents age 16 and older beginning April 12, although officials in Chicago and suburban Cook County have said it will likely happen closer to May 1 for area providers. from the city.

For now, Pritzker is also sending “rapid response” vaccination teams to five counties in the northwestern part of the state where experts say they need to “deliver doses quickly to mitigate rising trends.”

The state is scheduled to receive an all-time high of nearly 1 million vaccine doses from the federal government next week. With the last 126,710 vaccinations administered statewide on Thursday, nearly 2 million residents have been fully immunized, but that’s only 15.4% of the population.

Illinois has had an average of 99,449 injections administered per day over the past week, while COVID-19 infection and hospitalization rates, which were near record lows earlier this month, have risen bit by bit as they did in last October before a devastating fall revival.

For the first time since February 6, the public health department reported more than 3,000 new cases of the disease in a single day, with 3,002 infections diagnosed among 76,774 tests. That raised the state’s moving average positivity rate to 2.9%, which had been at 2.1% on March 13.

Hospitals were treating 1,302 COVID-19 patients Thursday night, the most they have seen since late February, and a 15% increase compared to two weeks ago.

“While these rates are certainly significantly lower than the peak, they represent a possible early warning sign of a possible resurgence,” the state health department said in a statement.

The state also reported 33 more deaths, including that of a Cook County teenager.

Overall, Illinois’ death rate has been falling since late December, but experts agree that an increase in cases is often followed weeks later by an increase in hospitalizations and deaths.

Mayor Lori Lightfoot and Chicago Public Health Commissioner Dr. Allison Arwady raised the alarm earlier this week about the increase in transmission among young people in the 18-39 age range. The governor’s health team noted that the city has seen its daily case rate increase by 50% over the past week, while suburban Cook County has increased by 40%.

Pritzker touted its “aggressive action” against the potential increase about a week after outlining the “bridge phase” plan before a possible full reopening in May.

To reach the bridge phase, 70% of residents 65 and older must receive at least a first dose of vaccine, a benchmark that will hit the state “in the next few days,” authorities said.

The other requirements are to keep 20% or more of intensive care unit beds open statewide, and to keep hospitalization and death rates stable or declining over a 28-day period. Both metrics are going in the wrong direction.

“This is very concerning to us and makes us pause here to evaluate these numbers,” Pritzker said. “What we want to do more than anything is to make sure: is this a mistake in the numbers? … Or is it something that could have some lift characteristics, in which case, obviously, we want to be more careful.”

During the past year, more than 1.2 million residents tested positive for the disease and 21,203 died.