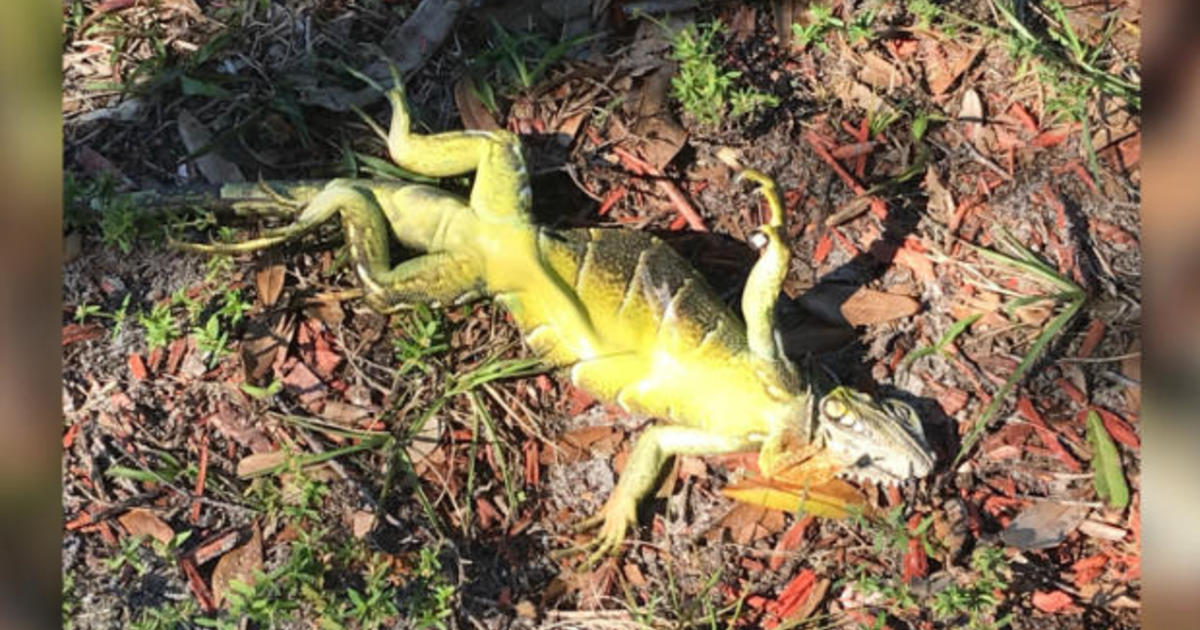 Temperatures are likely to drop further in South Florida on Saturday – so low, in fact, that the National Weather Service is warning that Iguana may fall From the trees. The iguana, which are cold-blooded, cannot handle the cold weather and when the temperature drops below 50, they become lethargic and appear dead.

National Weather Service in Miami tweeted On Friday that “some of our iguana friends will be sleeping tomorrow morning whether they planned or not.” It was followed by “Don’t be surprised if you see them falling from trees as trees fall in their 30s and 40s.”

Christmas night will be the coldest night of the season, with temperatures in South Florida at 40 and some upper 30s, according to CBS Miami.

Zoo Miami Communications Director Ron Magill told CBS Miami that the threat to the iguana depends on the size of the iguana. He said that the larger the iguana, the longer the cold can endure.

He said that many iguans in South Florida have adapted to dig deep pots, so they are insulated from the cold. The iguana also live close to large bodies of water, which can be warmer than the air temperature, so it can help them avoid small cold snacks.