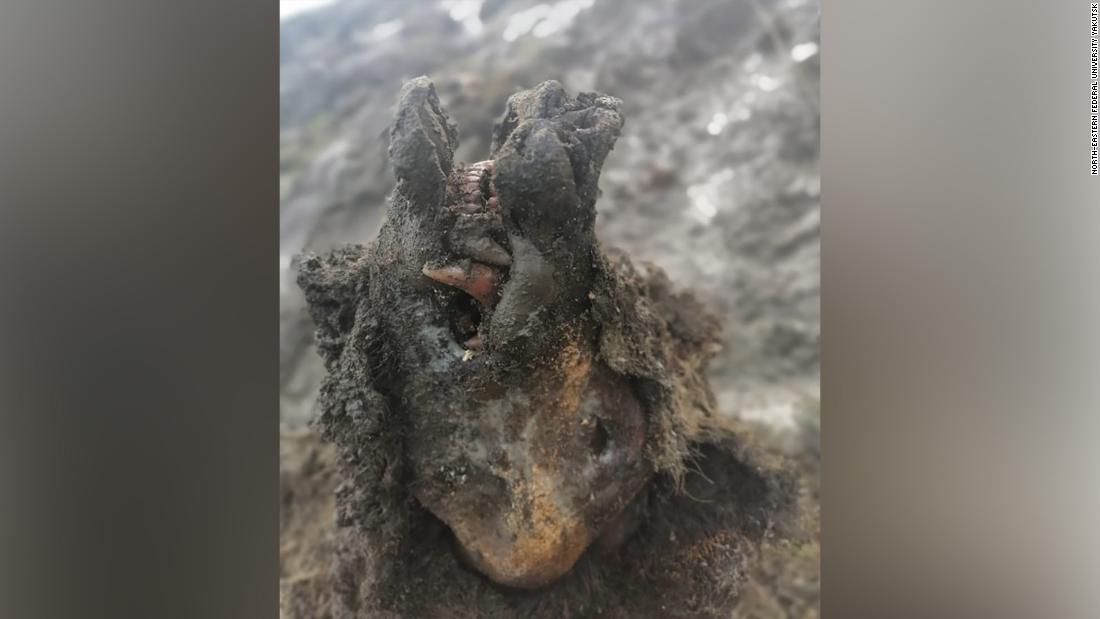 The surprising discovery was made by reindeer shepherds on the Liachowski Islands, which are part of the New Siberian Archipelago archipelago in the far north of Russia.

Earlier, according to a team of scientists from North-Eastern Federal University (NEFU), Yakutsk, Siberia, only the bones of the cave’s bears were detected, but the nose of this specimen was also intact.

The discovery is of “world importance”, said a leading Russian expert on the species of the extinct ice age.

In a statement released by the university, scientist Lina Grigorieva said: “Today it is the first and only discovery of its kind – the corpse of an entire bear with soft tissues. It is fully preserved, including all internal organs as well Nose is also included.

“Previously, only skulls and bones were found. This discovery is very important for the whole world.”

The adult animal was found by a group of reindeer herds, who then transferred the right to sample research to NEFU, which is at the forefront of research into extinct wool mammoths and rhinos.

According to the team, cave bears (Ursus speleus) are a prehistoric species or subspecies that lived in Eurasia in the Middle and Late Pleistocene period and went extinct around 15,000 years ago. Preliminary analysis suggests that the bear is 22,000 and 39,500 years old.

“Radiocarbon analysis is necessary to determine the exact age of the bear,” said Maxim Cheprasov, senior researcher at the Mammath Museum Laboratory in Yakutsk.

Scientists have not yet been to the site of the discovery – the ancient body was found a long way from Yakutsk, which itself is more than 5,000 miles from Moscow.

In recent years significant discoveries have been made in Siberia in the form of permafrost melts, including giant breasts, woolly rhinoceros, ice age falls, numerous puppies and cave lion cubs.