I gave my employees a $ 15 minimum wage. It didn’t destroy my business. 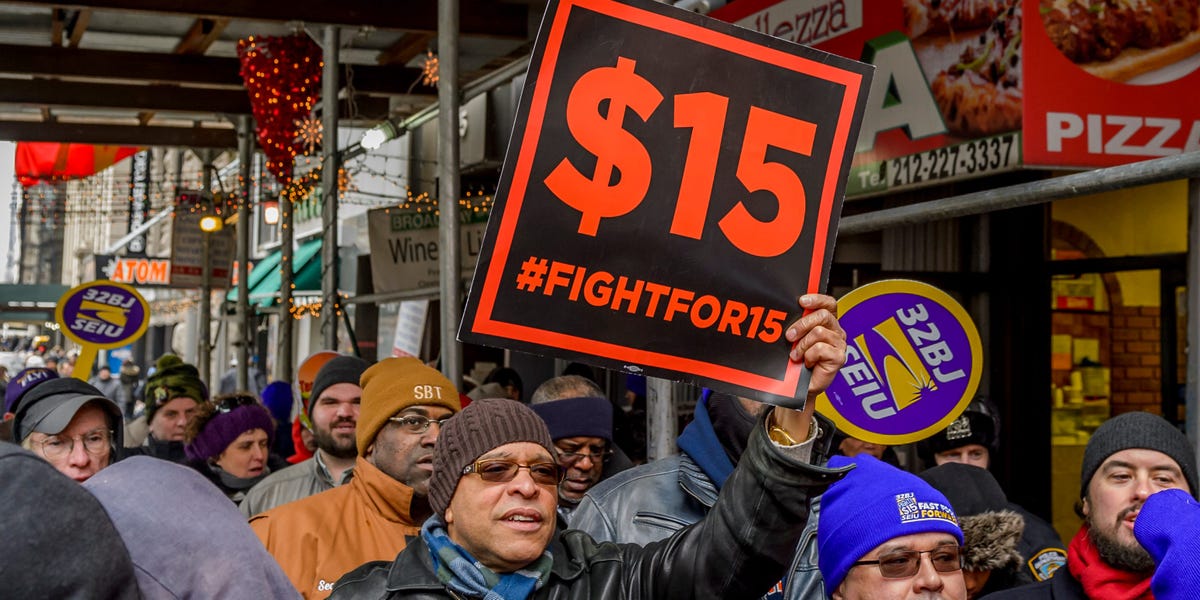 We can afford to raise the minimum wage. As part of his administration’s bold COVID-19 relief package, President Joe Biden has promised to raise the federal minimum wage to $ 15 an hour. The trickle-down approach to recovery advocated by the previous administration failed our country and only led to more economic hardship for working Americans. If successfully enacted, a federal minimum wage of $ 15 an hour would benefit not only workers, but businesses and the economy as well. Why am I so sure?

Because my company tested it. It worked.

Conservatives were quick to jump on Biden’s proposal, arguing that a $ 15 minimum wage would hurt small businesses and result in massive job losses, but these claims are simply untrue. At our company, CareCentrix, we froze the salaries of the top 20 executives to help raise our company’s minimum wage to $ 15 an hour seven years ago, and good things followed. Productivity increased and we cut employee turnover in half. With our front-line employees finally able to focus on their jobs and not worry about their bills, profits rose and everybody in my company benefited.

Is CareCentrix considered a small business? If so, let’s make that clear here. Otherwise, we will have to add additional information to argue that small businesses will not be hurt by a salary increase.

My business is thriving because we recognized that paying our entry-level workers wages that left them increasingly unable to pay basic living expenses was morally and financially absurd.

The moral argument for raising the minimum wage is as clear as it is tragic. At CareCentrix, we learned that one of our teammates lived in her car to save on bills, while another entry-level employee needed to raise money from her teammates to buy diapers. The more I learned about the harsh reality my workforce faced in trying to care for their families and balancing their expenses with the current minimum wage, the clearer it became that a change was overdue.

Take those stories, multiply them by the millions, and you will see a clear picture of what failure to pay people a living wage has done, and will continue to do, to the social and economic fabric of our country if left unaddressed. The United States appears to be heading for a K-shaped recovery from the economic crisis brought on by the pandemic, where wealthy executives like myself enjoy massive gains in wealth, while low-wage workers disproportionately lose their jobs and savings. When low-wage workers find work, they often work for the federal minimum of $ 7.25 an hour, a rate that doesn’t even cover rent anywhere in the United States, let alone provide the dignified life essential workers deserve. .

Some critics argue that raising the minimum wage during a pandemic exacerbates our existing economic woes. Yet failing to pay fair wages was precisely what put so many hard-working Americans on the brink in the first place, that the COVID-19 crisis then pushed them away. Raising him now will literally save lives. Studies conducted even before the pandemic show that raising the minimum wage by just $ 1 prevents thousands of suicides each year.

The moral argument is compelling, but the economic argument for raising wages is equally clear. Raising the minimum wage is one of the best macroeconomic tools we have to reactivate the economy when we need it most.

Consumer spending accounts for a whopping 70% of the growth of the American economy each year. The low wage crisis existed before COVID-19, but the pandemic has made it infinitely worse. Now we see worrying drops in consumer spending. A simple solution to that problem is putting more money in people’s pockets, and raising wages is the perfect way to do it. Not only will this ensure that more than 40 million workers – a quarter of the workforce and two-thirds of the working poor – have a little more money to spend, actually increase job growth for retail and small businesses.

Congress, and the general public, should not accept critics’ false frame of minimum wage. My company (among others) is proof of the widespread benefits of raising wages to $ 15 an hour. Our success can be replicated across the country and shows that increasing wages and business success are not competing interests. We can raise the minimum wage, raise workers, and jumpstart our economy in the process.

John Driscoll is the CEO of CareCentrix, a leading post-acute care company that has been voted one of the best places to work nationally by various organizations. John serves as President of Waystar Corporation. He also chairs the Truman National Security Project and is a member of the Patriotic Millionaires.