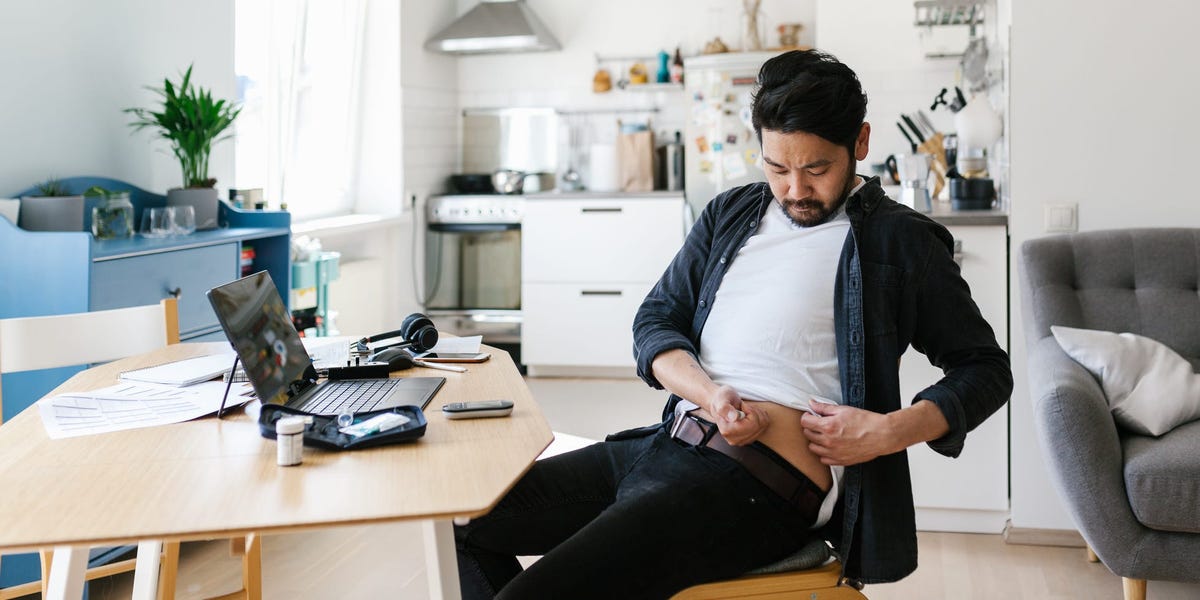 By comparison, normal blood sugar levels typically range between 80 mg / dL and 130 mg / dL. Hyperglycemia is most common for people with diabetes, and essentially, it describes high blood sugar that defines the chronic condition.

In some cases, hyperglycemia can also occur as a result of stress or as a side effect of steroid medication. Here’s how you can recognize the signs of high blood sugar and reduce it quickly.

The most common symptoms of hyperglycemia include:

However, the only way to make sure that you have hyperglycemia is with blood, says Jordan Messler, MD of a group at Morton Plant Hospital in Clearwater, Florida. This can confirm that your blood sugar level is high, and by how much. In fact, symptoms will often not be severe until blood sugar rises above 200 mg / dL.

If left untreated, hyperglycemia can cause diabetic ketoacidosis (DKA) in some cases within 24 hours. This condition, most common in people with type 1 diabetes, occurs when the body is not able to properly break down sugar for fuel, so it instead breaks down fat, Messler says. It naturally releases acid into the blood, and because the body cannot shed acid quickly, it becomes toxic in the blood.

DKA is a medical emergency, and people with the following symptoms should go to the emergency room, especially if they have diabetes, Messler says:

Both type 1 and type 2 diabetes can cause hyperglycemia. But there are other possible causes, such as stress or steroid medications.

Since the body cannot break down blood sugar, it builds up in the bloodstream and is more likely to cause high blood sugar levels, or hyperglycemia.

Hyperglycemia can sometimes occur in people who are being treated for diabetes. These spikes in blood sugar levels can occur for the following reasons:

Even people without diabetes can have hyperglycemia. For example, stress can cause insulin resistance – a condition where your body does not use insulin effectively.

At the same time, the stress hormone cortisol encourages the release of liver glucose, or glucose stored in the liver, which further increases blood sugar. This so-called “stress hyperglycemia” can occur during acute medical conditions, such as an infection or heart attack, Messler says.

Steroids such as prednisone and methylprednisolone can also cause hyperglycemia in 46% of patients without diabetes, but this usually resolves when the drug is discontinued.

Like the effects of stress, these drugs also increase liver glucose release and insulin resistance, and hyperglycemia can occur even if you do not have diabetes.

The goal of treatment for hyperglycemia is to lower blood sugar. For people with diabetes, this may mean adjusting your insulin dose, or following a plan that you and your doctor have made ahead of time when you experience hyperglycemia.

People who have chronic hyperglycemia due to diabetes should also work to lower their blood sugar over time, in addition to treating individual episodes of hyperglycemia.

“The best way to lower blood sugar, for someone who has diabetes, is through lifestyle changes, such as diet and exercise,” Messler says.

People with type 1 diabetes will need insulin to lower blood sugar levels, while type 2 diabetes patients are often treated with an oral medication such as metformin, and possibly in the form of insulin as well, Messler says.

However, for people with stress or steroid-induced hyperglycemia, the condition usually resolves on its own, as soon as the stress spreads, or about four to six hours after the drug is stopped.

If hyperglycemia persists after addressing the underlying health condition, the patient may discover diabetes, Messler says.

Hyperglycemia is a serious condition, especially if left untreated. Since it can only be diagnosed by measuring blood sugar, it is important to talk to your doctor if you are concerned about hyperglycemia.

“If you suffer from symptoms of increased thirst and frequent urination with weight loss, you should discuss it with your doctor and check your blood sugar,” says Messler.

He also recommends that people who have diabetes risk factors – including being overweight, having a family history of diabetes, or being over 45 years old – have regular blood sugar levels.