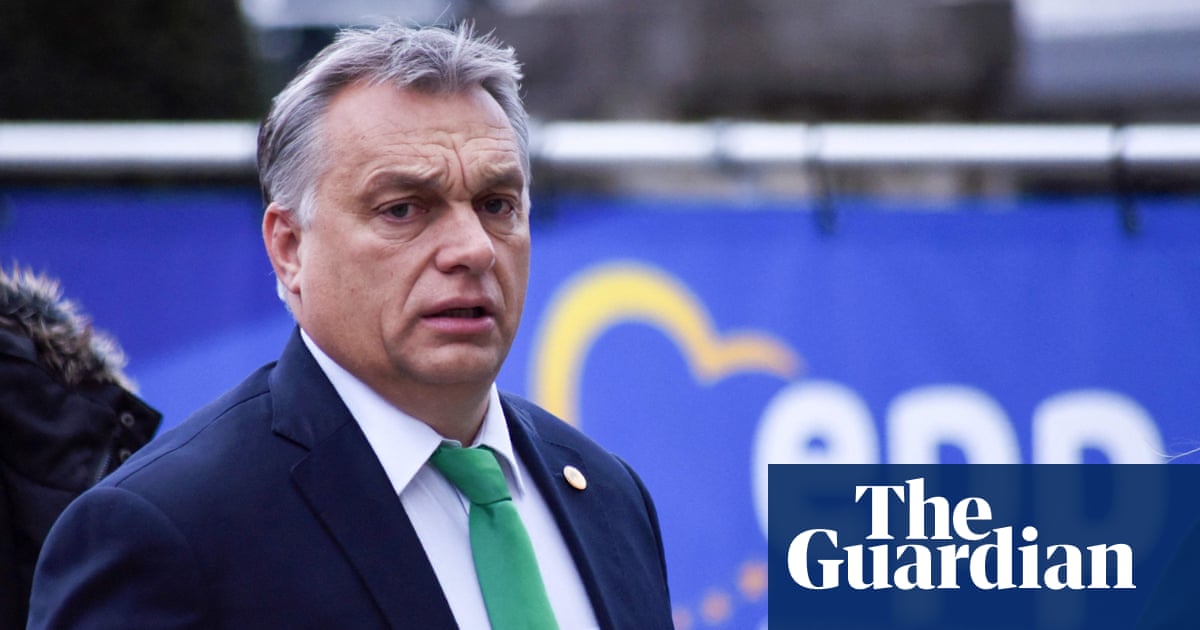 Hungarian Prime Minister Viktor Orbán removed his right-wing Fidesz party from the main center-right political group in the European Parliament after the European People’s Party (EPP) moved towards exclusion by changing its rules.

The 180 EPP MEPs, some of whom have campaigned for years for the expulsion of Fidesz, which they accuse of weakening the judiciary and curbing media, academic and other freedoms, backed the change by 148 votes to 28 and four abstentions.

Orbán, the party chairman, said in a letter posted on Twitter shortly after the vote that it was “disappointing” that in the midst of a pandemic the EPP was busy cutting the rights of its own representatives.

He accused the EPP of “trying to silence and disqualify our democratically elected MPs.” The vote was “a hostile move against Fidesz and our voters,” he said, as well as “undemocratic, unfair and unacceptable … Therefore, the governing body of Fidesz has decided to leave the PPE Group immediately.”

A spokesman for the EPP parliamentary group, Pedro López de Pablo, said the Hungarian prime minister’s response to Wednesday’s vote was “his own personal decision” and that the group would not comment.

Dacian Ciolos, chairman of the centrist Renew Europe Group in parliament, welcomed what he described as “the long-standing departure of Fidesz and Viktor Orbán from mainstream European politics.”

Under Orbán, Fidesz had “eroded democracy in Hungary and shattered European values,” Ciolos said. “It is regrettable that the EPP has harbored the slide towards authoritarianism in Hungary for so long. There is no room for Fidesz’s toxic populism in European politics ”.

Orbán’s decision to walk away from the largest voting bloc in parliament ends years of disputes between the EPP parties over whether or not to expel his right-wing populist party from the group or keep its MEPs on board.

In a letter to EPP leader Manfred Weber on Sunday, Orbán had threatened to leave the group, saying the proposed rule changes – to allow entire member parties, rather than just individual MEPs, to be expelled by majority. simple – they were “tailor-made to punish Fidesz”.

The EPP suspended Fidesz’s membership in 2019 due to growing concerns that the rule of law was eroding in Hungary and that the party was engaging in anti-Brussels rhetoric and attacking EPP leaders. The party currently has 12 MEPs.

Subsequently, the PPE sent a delegation to produce an internal report evaluating the future membership of Fidesz, a move that generated a very critical response from Orbán, who said the party would make its own decision about its future.

More recently, the EPP suspended Tamás Deutsch, the head of the Fidesz delegation in the European Parliament, stripping him of his right to speak in plenary sessions and removing him from his positions in the group, after he compared Weber’s comments with the slogans. of the Gestapo and the secret police of the communist era of Hungary.

Many of the more moderate national EPP delegations, who welcomed Orbán’s party in the early 2000s, lobbied for Fidesz to be expelled, arguing that he no longer represents the group’s values.

Othmar Karas, an Austrian member of the EPP and vice president of the European Parliament, said the vote was “a clear sign of our ability to act and our credibility”, as well as “a rejection of an attempted blackmail by Viktor Orbán.”

Petri Sarvamaa, a Finnish EPP MEP, called Fidesz’s departure “a great relief and a historic day”, saying the party had “trampled on democratic values” and built a system in which “EU funds they have been channeled into the pockets of the leaders. ” ”.

Orbán’s decision to take over Fidesz of his own free will represents a welcome solution to a long-standing and increasingly damaging problem for the EPP, as tensions with Hungary and Poland over the rule of law are likely to escalate in the coming years. months.

Fidesz MEPs could now join the conservative and eurosceptic European Conservatives and Reformists (ECR) group dominated by the Polish party Law and Justice (PiS), or the far-right nationalist group Identity and Democracy founded in 2019 by France’s Marine Le Pen. and Matteo Salvini from Italy.

In addition to Merkel’s CDU, the EPP faction includes the Opposition Civic Platform of Poland, Belgian Christian Democrats, Les Republicains of France and others. It will remain the largest group in the 705-member chamber even after the departure of the Fidesz MEPs.