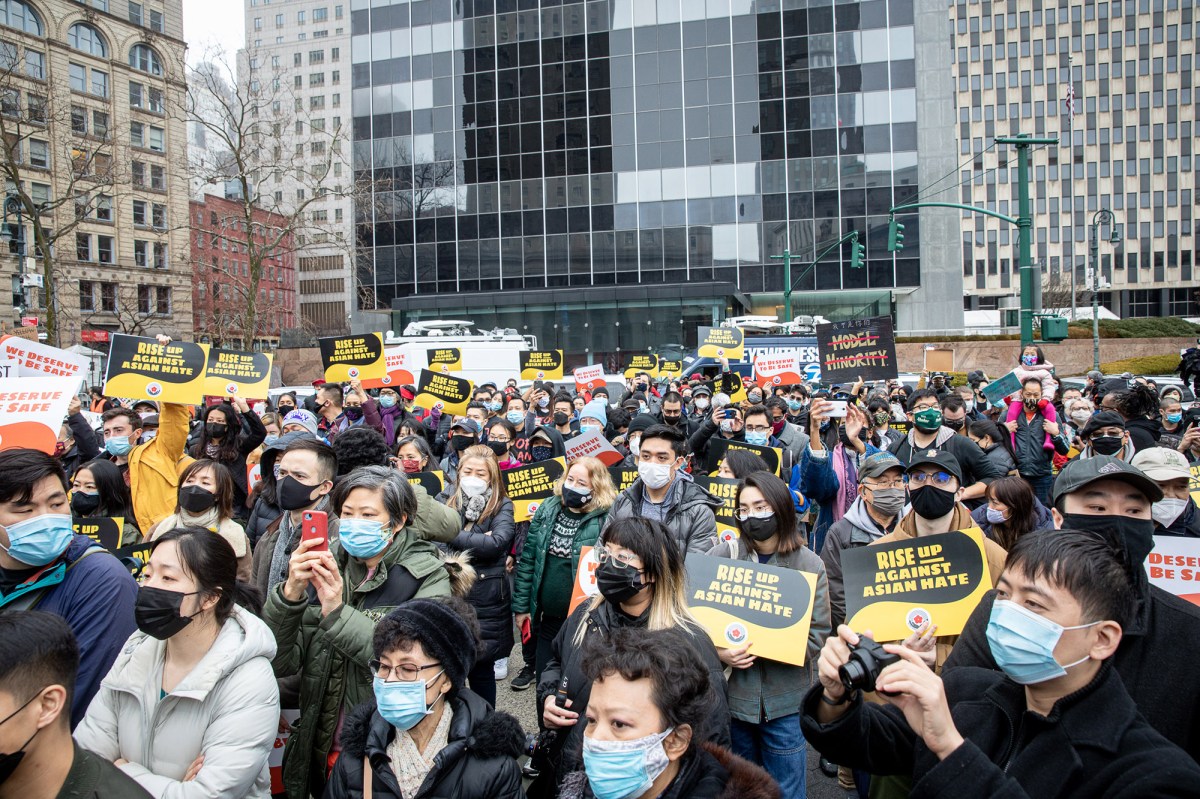 Hundreds of people demonstrated in Lower Manhattan on Saturday to protest the growing violence against Asian Americans.

The Foley Square rally took place near the site of Thursday’s attack on a 36-year-old Asian man, who was stabbed in the stomach. Police arrested Salman Muflihi, 23, who was initially charged with attempted murder as a hate crime and assault as a hate crime, among other charges.

“We will not accept hate in New York City! Stop the Asian hatred. This is the message that we need to spread not just in New York City, but across the country. Stop Asian hate, stop doing it now, ”Mayor de Blasio told the crowd.

Rep. Grace Meng, a Democrat from Queens who is of Taiwanese descent, said: “Too many people are living in fear right now.”

“People are literally afraid to leave their homes,” Meng said. “All our lives we have been taught to fit in. Just shut up, don’t talk, be invisible. If you are invisible enough, you will be seen as an American. But we are here to say that we will no longer be invisible! We will talk! … We are Americans too. “

State Senator John Liu, a Taiwan-born Democrat from Queens, said: “When he attacks any of us, we will all stand up and fight. … Let’s be loud and proud. “

Prosecutors dropped the hate crime charges against Muflihi during his appearance in Manhattan Criminal Court on Saturday. He now faces charges of attempted murder and attempted assault in the case.