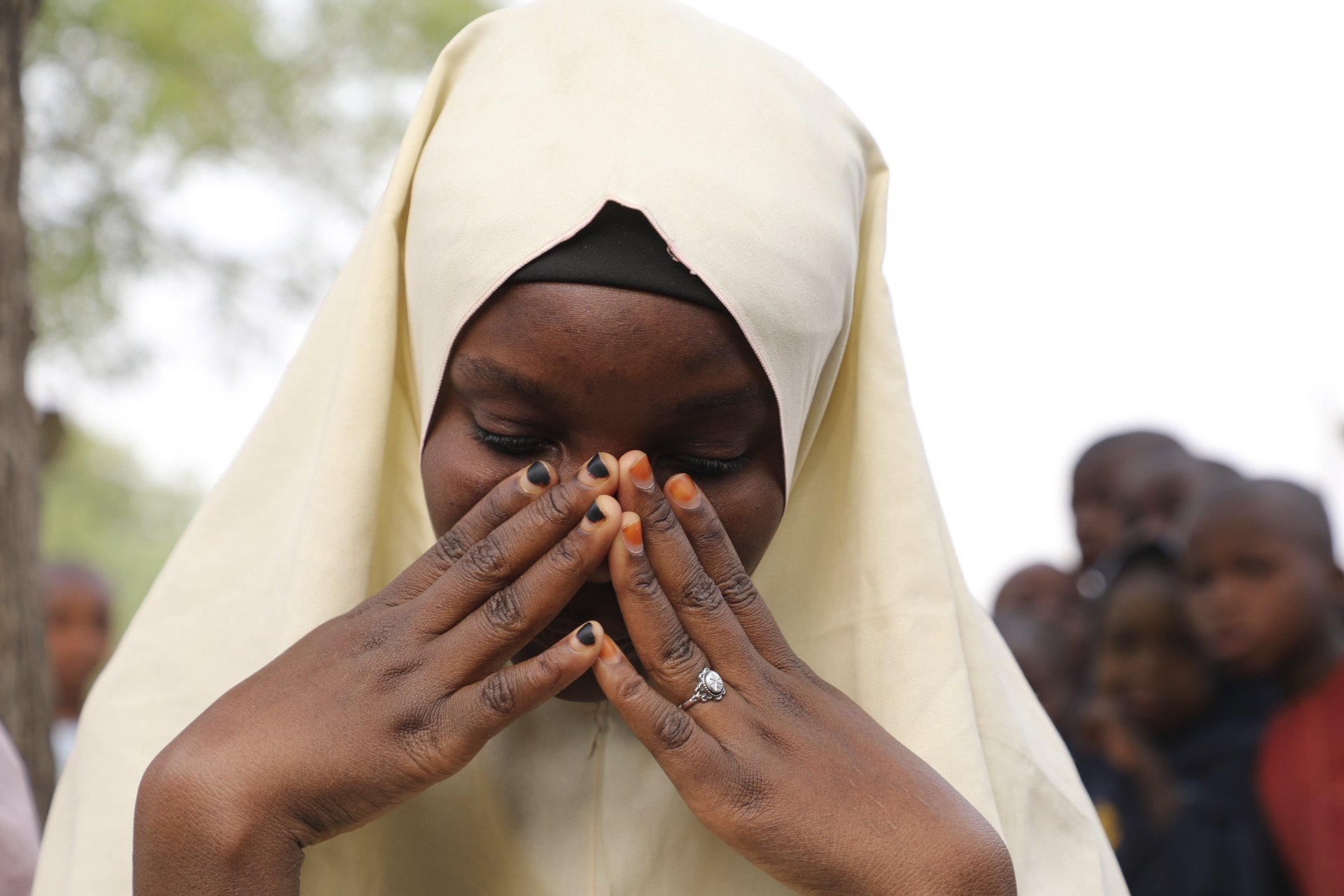 LAGOS, Nigeria (AP) – Gunmen abducted 317 girls from a boarding school in northern Nigeria on Friday, police said, the latest in a series of mass kidnappings of students in the West African nation.

Police and the army have started joint operations to rescue the girls after the attack on the government girls’ secondary school in Jangebe city, according to a police spokesman in Zamfara state, Mohammed Shehu, who confirmed the number. of kidnapped.

One of the parents, Nasiru Abdullahi, told The Associated Press that his daughters, ages 10 and 13, are among those missing.

“It is disappointing that even though the military has a strong presence near the school, they were unable to protect the girls,” he said. “At this stage, we just wait for divine intervention.”

Resident Musa Mustapha said the gunmen also attacked a nearby military camp and checkpoint, preventing soldiers from interfering while the gunmen spent several hours at the school. It was not immediately clear if there were any casualties.

Several large groups of armed men operate in the state of Zamfara, described by the government as bandits, and are known to kidnap for money and lobby for their members to be released from jail.

Nigerian President Muhammadu Buhari said on Friday that the government’s main goal is to ensure that all hostages from the school are returned safely, alive and unharmed.

“We will not succumb to the blackmail of bandits and criminals who attack innocent students with the expectation of huge ransom payments,” he said. “That bandits, kidnappers and terrorists do not have any illusions that they are more powerful than the government. They must not confuse our restraint with the humanitarian goals of protecting innocent lives as a weakness or a sign of fear or irresolution. “

He called on state governments to review their policy of making payments, in cash or in vehicles, to bandits.

“Such a policy has the potential to backfire and have disastrous consequences,” Buhari said. He also said that state and local governments must play their role by being proactive in improving safety in and around schools.

The UN Secretary General, Antonio Guterres, strongly condemned the kidnappings and called for the “immediate and unconditional release” of the girls and the safe return to their families, calling the attacks on schools a serious violation of human rights and children’s rights, said UN spokesman Stephane Dujarric. .

The UN chief reaffirmed the UN’s support for the Nigerian government and people “in their fight against terrorism, violent extremism and organized crime,” Dujarric said, and urged the Nigerian authorities to “spare no effort to bring to justice those responsible for this crime. ”

“We are angry and saddened by another brutal attack on school children in Nigeria,” said Peter Hawkins, UNICEF representative in the country. “This is a serious violation of children’s rights and a horrible experience for children.” He asked for his immediate release.

Nigeria has witnessed several such attacks and abductions over the years, notably the mass abduction in April 2014 by the jihadist group Boko Haram of 276 high school girls in Chibok in Borno state. More than a hundred girls are still missing.

In December, 344 students were abducted from Kankara Government Science High School in Katsina state. They were finally released.

Anietie Ewang, a Nigerian researcher at Human Rights Watch, pointed to the recent kidnappings and tweeted that “strong action is required from authorities to change course and keep schools safe.”

Amnesty International also condemned the “appalling attack” and warned in a statement that “abducted girls are at serious risk of harm.”

Teachers have been forced to flee to other states for protection and many children have had to abandon their education amid frequent violent attacks on communities, Amnesty said.