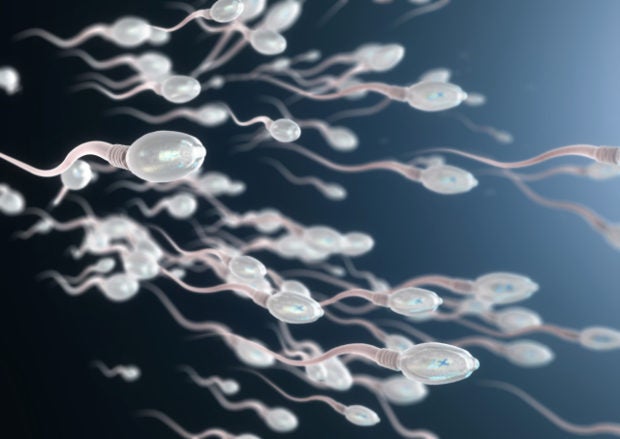 Amid the many global problems we face today, one of humanity’s greatest problems goes relatively unnoticed: the decline in reproductive health, especially for men.

Specifically, men’s sperm count in the West has dropped significantly by 59% between 1973 and 2011 due to chemicals found in everyday items, according to a co-authored study by Dr. Shanna Swan in 2017.

In the study, which has made headlines around the world, scientists noted that sperm count is of considerable public health importance for several reasons, including declining male fertility and increasing other health problems. , such as testicular cancer.

“If you look at the curve in sperm count and project it forward, which is always risky, it reaches zero in 2045,” Swan said in his new book, “Countdown: How Our Modern World Is Threatening Sperm Counts, Altering Male and Female Reproductive Development and Endangering the Future of the Human Race ”, quoted by Axios on February 24.

In the book, Swan also noted that, in addition to the decline in sperm count, penis size and testicle volume have decreased among humans in recent decades.

“The current state of reproductive affairs cannot continue for much longer without threatening human survival,” Swan writes in the book.

Swan has since doubled down on his warning via American scientist on March 16, where she co-wrote with Stacey Colino that declining reproductive health is also happening to women.

They found that reproductive problems in men have increased by 1 percent each year, while the miscarriage rate for women in the United States is also increasing by 1 percent annually.

Swan and Colino pointed out that while the 1 percent may not seem like a large number to the public, it actually is because this means a 10% increase every decade and a 50% increase in just 50 years.

This rise in reproductive health problems is faster than the pace of global warming, but the public has not been as vocal or informed on the issue, which threatens humanity’s existence.

This decline in reproductive health is largely due to the hormone-disrupting chemicals found in the items around us: from plastic containers, food containers, water bottles to electronic devices, pesticides, and many others.

These items contain chemicals such as phthalates, bisphenol A, and flame retardants, among others. It’s no coincidence that the decline in reproductive health began in the mid-20th century when these items began to be produced in large numbers, the researchers noted.

“Exposure to these chemicals is especially problematic during pregnancy because what happens during pregnancy does not stay with the pregnancy. Rather, an expectant mother’s exposure to toxic chemicals in the air she breathes, the water she drinks, the food she eats, and the products she smears on her skin can enter her body (and therefore the fetus). ) and influence your baby’s reproductive development. ”Swan and Colino explained.

“This is particularly true early in pregnancy, in what is called the reproductive scheduling window, and it is especially true for baby boys,” they added.

Among the many health problems, the effect of these chemicals on reproductive health has also been associated with premature death.

The researchers urge humanity to “change our collective approach” and prioritize the requirement of replacing these chemicals in our everyday items with chemicals that do not affect our hormones.

“It is also time to establish better testing methods and regulatory actions so that only safe chemicals can enter the market and our bodies. In other words, we must stop using each other and our unborn children as laboratory rats for EDC exposures, ”Swan and Colino emphasized.

“The health and future of the human race really depends on it,” they added. Ian Biong /ra