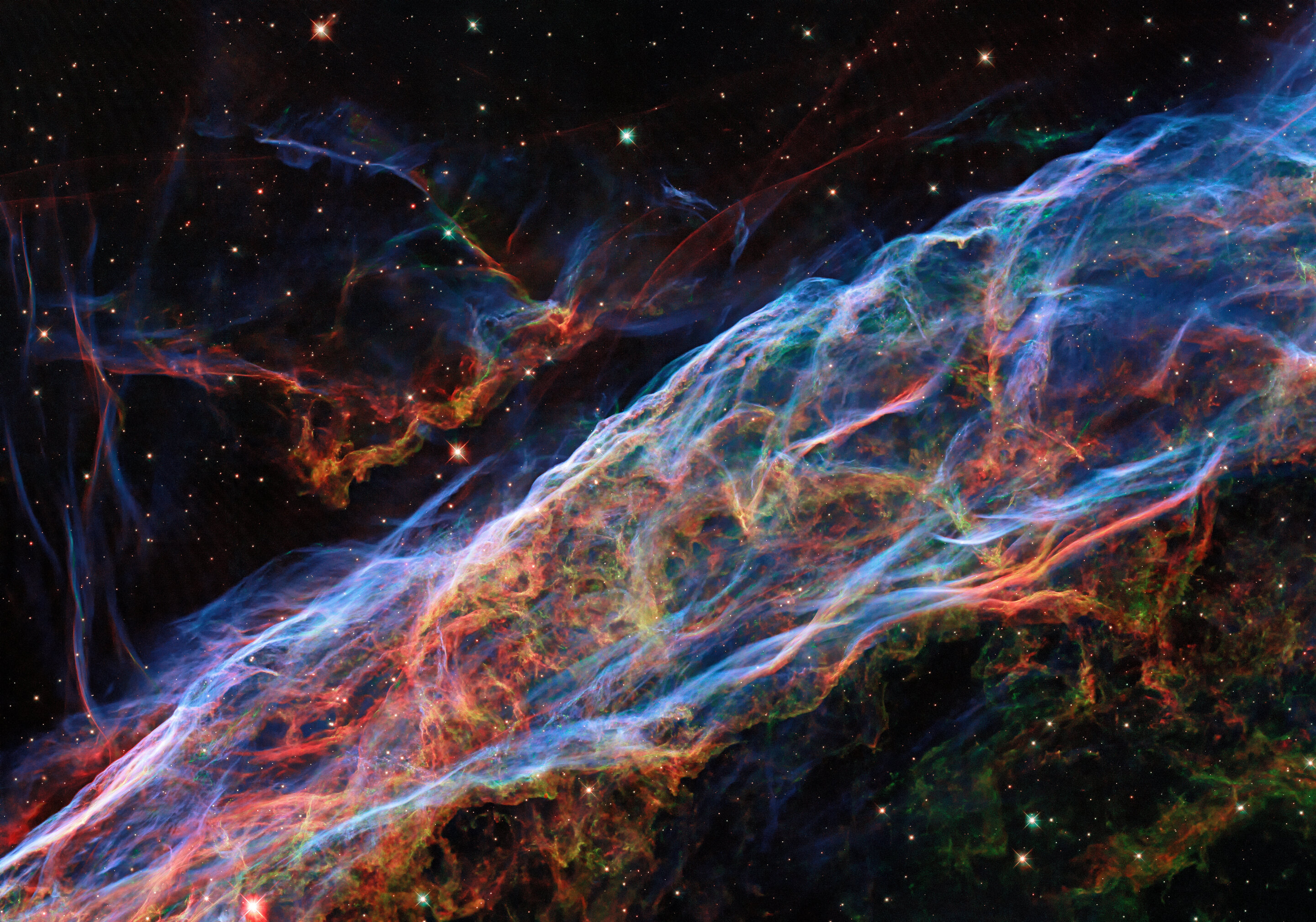 This image taken by the NASA / ESA Hubble Space Telescope revisits the Veil Nebula, which appeared in a previous Hubble image post. In this image, new processing techniques have been applied, bringing to light fine details of the nebula’s delicate ionized gas threads and filaments.

The Veil Nebula is located about 2,100 light-years from Earth in the constellation Cygnus (the Swan), making it a relatively close neighbor in astronomical terms. Only a small part of the nebula was captured in this image.

The Veil Nebula is the visible part of the nearby Cygnus Loop, a supernova remnant formed approximately 10,000 years ago by the death of a massive star. That star, which was 20 times the mass of the Sun, lived fast and died young, ending its life with a cataclysmic release of energy. Despite this stellar violence, shock waves and supernova debris sculpted the delicate tracery of ionized gas in the Veil Nebula, creating a scene of striking astronomical beauty.

The Veil Nebula also appears in Hubble’s Caldwell Catalog, a collection of astronomical objects that have been imaged by Hubble and are visible to amateur astronomers in the night sky.