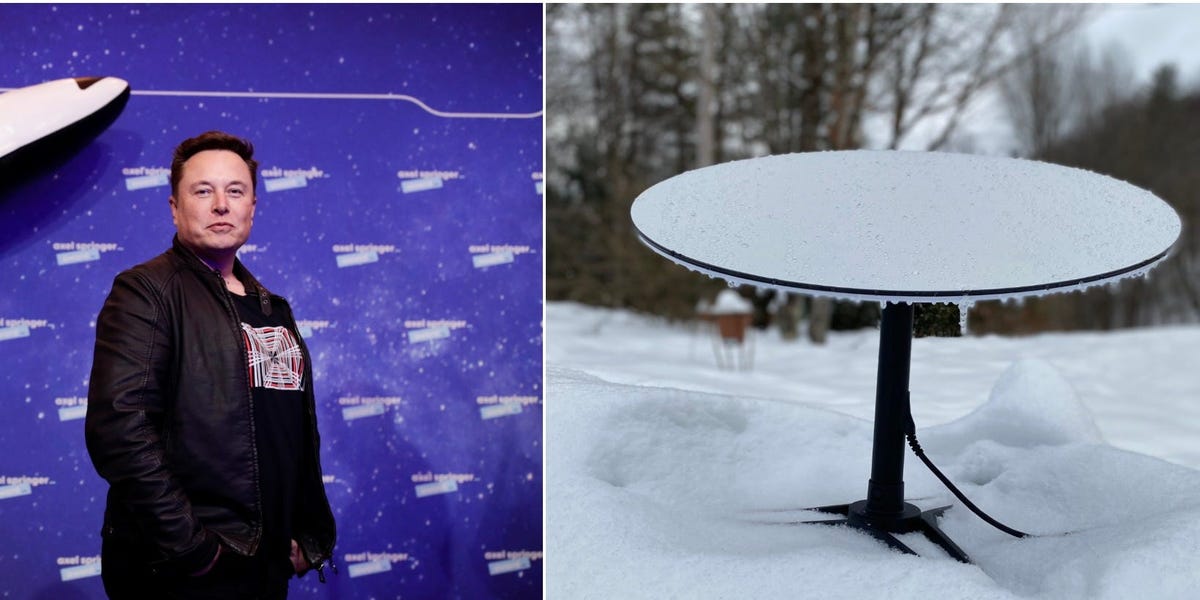 With more than 10,000 users worldwide and pre-orders of $ 99 in more than six countries, demand for SpaceX’s Starlink Internet network is growing rapidly.

SpaceX’s Falcon 9 rocket brought another 60 satellites into orbit on Sunday, bringing the number of Starlink satellites to 1,241 and expanding the Internet network even further.

CEO Elon Musk’s goal is to build a high-speed broadband system operated by satellites that envelop the Earth and provide Internet to people, especially those in rural areas. There could be as many as 42,000 satellites in orbit by mid-2027.

The question is, how do you set up the $ 499 satellite service from your own home?

Starlink users revealed to Insider the five steps to setting up fast satellite Internet from their own home.

For Starlink to provide the best speeds, the terminal must have about 100 degrees of clear sky above to easily connect to satellites. Get ready to set up the kit here.

2. Open the box and look at the instructions.

When you open the gray box of Starlink, there is a sheet of paper with three pictures, without words. These are the instructions. Pull out the instructions and you’ll find the Starlink kit neatly stacked with the tripod on top of the terminal next to the router and a 100ft thick black cable.

Alternatively, if you want to securely attach the Starlink to a ceiling or pole, you can purchase a “Volcano Roof Mount” or a “Pipe Adapter” from the Starlink website.

“It was literally so easy to set up because everything is already plugged in and ready to go,” said Dan Ventrudo, who is based in Northern Ontario in Canada.

Plug the end of the cable into a power source to get Starlink up and running. Two white lights will appear on the power brick. The terminal will then tilt up.

“The ordering and setup process was really simple and easy,” said Gary Konkol of Wisconsin. “Now I am a real participant of the 21st century!”

Go to the app store on your smartphone to download the Starlink app.

Click the “Start setup” button and it will ask if the entire kit is connected. Click “Open Wifi Settings” and join the Starlink network. Then set your WiFi with a name and password in the app, and connect to it in your phone’s WiFi settings.

Go back to the app to check when the terminal connects to the satellites. It will then tilt to align with any of the 1,241 Starlink satellites in orbit. This may take a few minutes.

“The whole process, from unpacking to fast internet connection, took about 20 minutes,” said Tom Gooch, a Starlink customer in rural Montana, who placed his terminal on top of his roof.

Check out contributor Alex Lockie’s experience with Starlink after moving to rural Vermont and the comparison to Hughes Net.

Are you a Starlink user with an interesting story about the service? How did you find Starlink customer service? Contact this reporter at [email protected]