How Israel became the world leader in vaccines 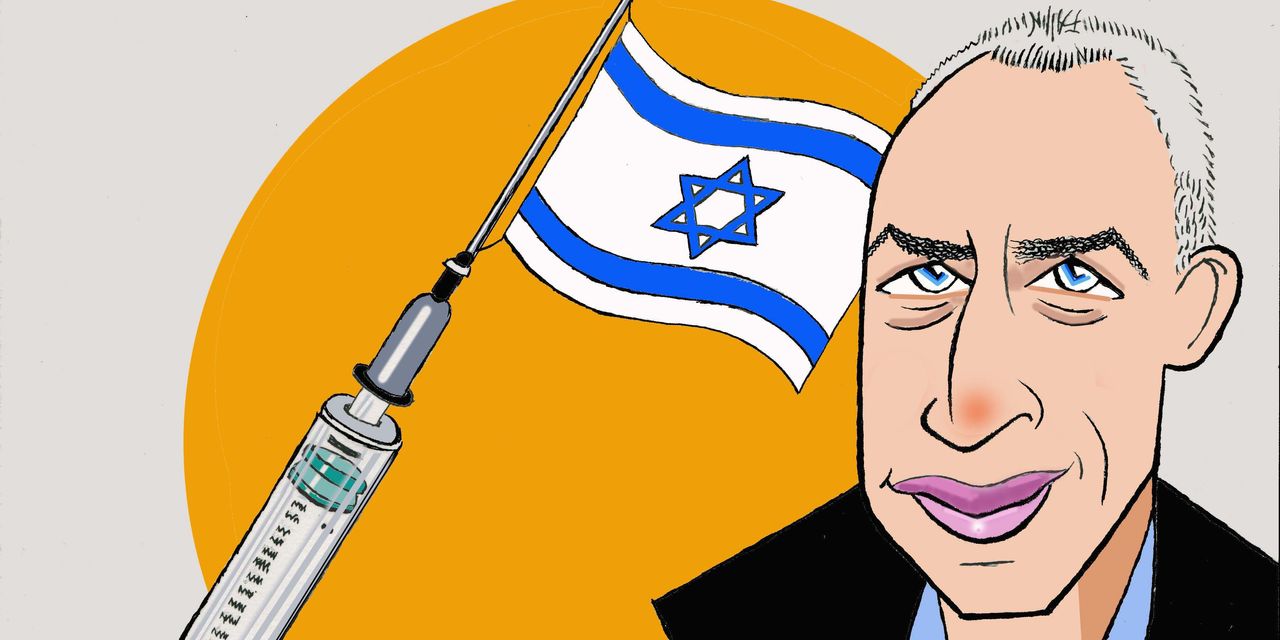 More than 55% of Israelis over the age of 16 have been fully vaccinated against Covid-19 in the 12 weeks since the first prick was administered to a shaking prime minister, Benjamin Netanyahu, on national television. That’s the best immunization rate in the world and roughly four times the rate in the United States.

To find out how the Jewish state has become so outstanding, I interviewed its national Covid-19 coordinator, Nachman Ash. Dr. Ash, 60, began his medical career in 1987 as a combat medic in the Israel Defense Forces. Before retiring from service, he rose to the rank of Brigadier General and the position of Surgeon General in the IDF. Sitting in his spartan office in Lod, south of Ben Gurion International Airport, he tells me that he is waging a “24/7 war.” His current job is “the most intensive” he has ever had, “much more difficult” than being the medical director of the Israeli army, even in wartime.

Dr. Ash is Israel’s second Covid Czar. He took office on November 12, after his less diplomatic predecessor resigned amid clashes with Netanyahu and fights with ultra-Orthodox (often recalcitrant) Jews, who were angered by the lockdowns and other social restrictions.

Like all good officers, he is proud of his victories, but is quick to give credit to others. He attributes Israel’s vaccination successes to its political leaders, who showed foresight in concluding the first deals to store the Covid vaccine. Officials had “direct discussions” with Pfizer,

in which they offered the company a scientific quid pro quo. Israel received vaccines early and in the quantities it needed, and in return Pfizer received access to vaccine results, tabulated by a country with a world-class medical system and a reputation for statistical and scientific integrity. Dr. Ash calls it “a win-win deal” and thinks Pfizer would say the same.

The results are in line with those of earlier, much smaller clinical trials. “We are seeing about 95% effectiveness in preventing disease,” says Dr. Ash. “So in real-life data analysis, the results are as good as the research that Pfizer had done.”

Widespread vaccination has lowered infection rates and improved morale in a gregarious country that has endured three rigorous blockades in the past year. The last, much hated by Israelis, ran from January 8 to February 7, 2021. Citizens were confined less than 1,000 yards from their homes. The schools were closed.

Dr. Ash is unapologetic about the difficulties. “I think each of the three times we had to use the zippers, it was absolutely necessary.” It disagrees with the Great Barrington Declaration, in which a group of epidemiologists advocates for the “targeted protection” of the vulnerable and an end to lockdowns.

“No no no. I think it is a very dangerous way to deal with the pandemic,” says Dr. Ash. “They believe in stopping the pandemic through what I would call ‘natural group immunity’, which is achieved by allowing the But this is wrong, because we will lose many lives. ”The strong commitment to protect the lives of its citizens has been a hallmark of Israel’s civic compact since its inception. The same aversion to loss of life that characterizes Israel. Israel’s civil defense against Hezbollah’s rockets can be seen in its cautiously gradual approach to resuming normal life amid the pandemic. The country is betting heavily on vaccines. “Once about 80% of the population of Israel is vaccinated, “he says,” we will be close to herd immunity. ”

Dr. Ash explains Israel’s vaccination methods and numbers to me with quiet satisfaction. “We vaccinated those who were at risk first, but not in spaces that were too tight.” Israel began in December by offering vaccines to everyone over the age of 60 (the age limit in most US states is 65), as well as anyone with comorbidities. When the number of people over 60 who got vaccinated stabilized, “we opened it to 50 and over.”

Israel then spread the vaccine to people between the ages of 16 and 18. “We wanted them to get vaccinated before they go back to school, once the lockdown is over,” says Dr. Ash. Children under the age of 16 are excluded because the US Food and Drug Administration, whose regulations Israel adheres to, has not approved the Pfizer-BioNtech vaccine for that age group.

After the teens, vaccination was opened up to almost everyone concerned. “We are not yet vaccinating anyone who has had Covid and has recovered,” says Dr. Ash, although they will soon receive an injection to boost their natural immunity. As of Friday, reports Dr. Ash’s spokeswoman, 3.1 million Israelis have received both injections and 5.1 million have received the first. For Israelis aged 50 and over, the complete vaccination rate is 86%. When you exclude the ineligible — children and the 738,000 people with immunity from previous infections — from the denominator, you end up with a complete vaccination rate of better than 80% for all ages 16 and over.

The vaccines have been administered through Kupat Holim, which in Hebrew means “sickness funds,” the four insurance organizations that are the mainstay of Israeli health care. All citizens are required by law to register with one of the four, and Dr. Ash was director of the Health Division of Maccabi Healthcare Services, the second largest, before becoming a Covid czar. There are clinics even in the smallest towns. “Every Kupat Holim,” says Dr. Ash, “is vaccinating his people.” This is an aspect of vaccine delivery that would be impossible to replicate in the US, with its hodgepodge of disconnected medical providers and insurers.

What the two countries have in common is an observable pattern of Covid vaccine skeptics. In Israel, three groups stand out for their susceptibility to what Dr. Ash calls “fake news” about the vaccine: Arabs, immigrants from Russia, and young women. At the request of the Israeli government, Facebook has removed content in “deliberately mendacious” Hebrew that claims the vaccine was a poison designed to kill the population and implant tracking chips in bodies. “Some young women,” she adds, “fear that they risk losing their fertility. This is unfounded. ”

But the government could have turned the corner with another group, the ultra-Orthodox, who have also resisted state leadership. “These groups are influenced by their rabbis,” says Dr. Ash, “and we have had good discussions with the rabbis about vaccines. They are encouraging people to get vaccinated, so now we’re doing quite well with them. “The key is to persuade the leaders of tight-knit communities that vaccination makes sense. ultra-orthodox groups or the Arabs “, although with the latter group, the division is not religious:” We work with mayors and local leaders. They can get the message across to their people much better than I can. ”

One way to overcome resistance to the vaccine, he says, is with the induction of a Green Pass. Israelis can download an app that verifies that they have been vaccinated or recovered from Covid. This allows pass holders to enter gyms, hotels, concert halls and other spaces that are off limits to those who are not immune.

And the Palestinians? Critics of Israel argue that it has not done enough for them. Dr. Ash responds that the Palestinian Authority has its own vaccine contracts and is part of the World Health Organization’s Covax initiative for low- and middle-income countries, but also points to a pattern of contacts between his team and administrators. in Palestine. territories.

Israelis and Palestinians, he adds, “share a very small territory, with many interconnections.” Many Israeli Arabs come and go to the West Bank and Palestinians come to Israel to work. “Then the disease unites us, definitely, and they will be vaccinated. Not only for them, but also for us. ”

Magazine contributor Mr. Varadarajan is a member of the American Enterprise Institute and the Classical Liberal Institute at New York University.