How a Nottingham engineer got a union jack on the Moon

April 5, 2019 Science Comments Off on How a Nottingham engineer got a union jack on the Moon 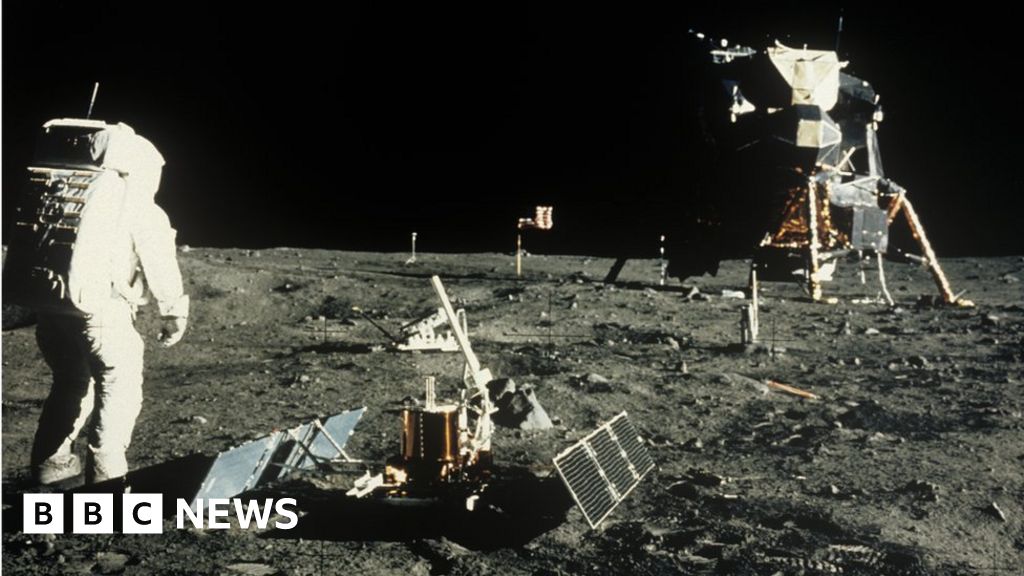 A British engineer has revealed for the first time how he got a union on the Moon.

Keith Wright, from Nottingham, worked for NASA during the historic landing of Apollo 11 by Neil Armstrong and Buzz Aldrin on July 16, 1969.

Mr. Wright said he worked with scientific equipment, which he knew would be on the Moon.

He told The One Show that, along with his signature, he drew the flag of the United Kingdom on part of a solar panel.

Mr. Wright told the presenter Carol Vorderman that he left a written tribute on the support of a team with solar panels.

He was employed by the de Havilland engine company to work on the Blue Streak rocket, before moving to the United States in 1967.

At the Kennedy Space Center, Mr. Wright worked as an engineer on the team that the crew would leave on the Moon.

"We had Neil Armstrong and Buzz Aldrin in our facilities and we did the job experiments they would do on the Moon," he said.

"Neil was very relaxed and quite jokey, we concentrated so much that he almost seemed normal, but when I thought about that later I got his signatures."

Nearly 500 million people observed Armstrong when he stepped onto the surface of the Moon, in the Sea of ​​Tranquility, after leaving the Eagle's landing craft.

The astronaut said famous: "That is a small step for man, a great leap for humanity."

He later joined the surface with Buzz Aldrin and the couple planted the Stars and Stripes flag, before deploying the device with the small scribbled union connector.