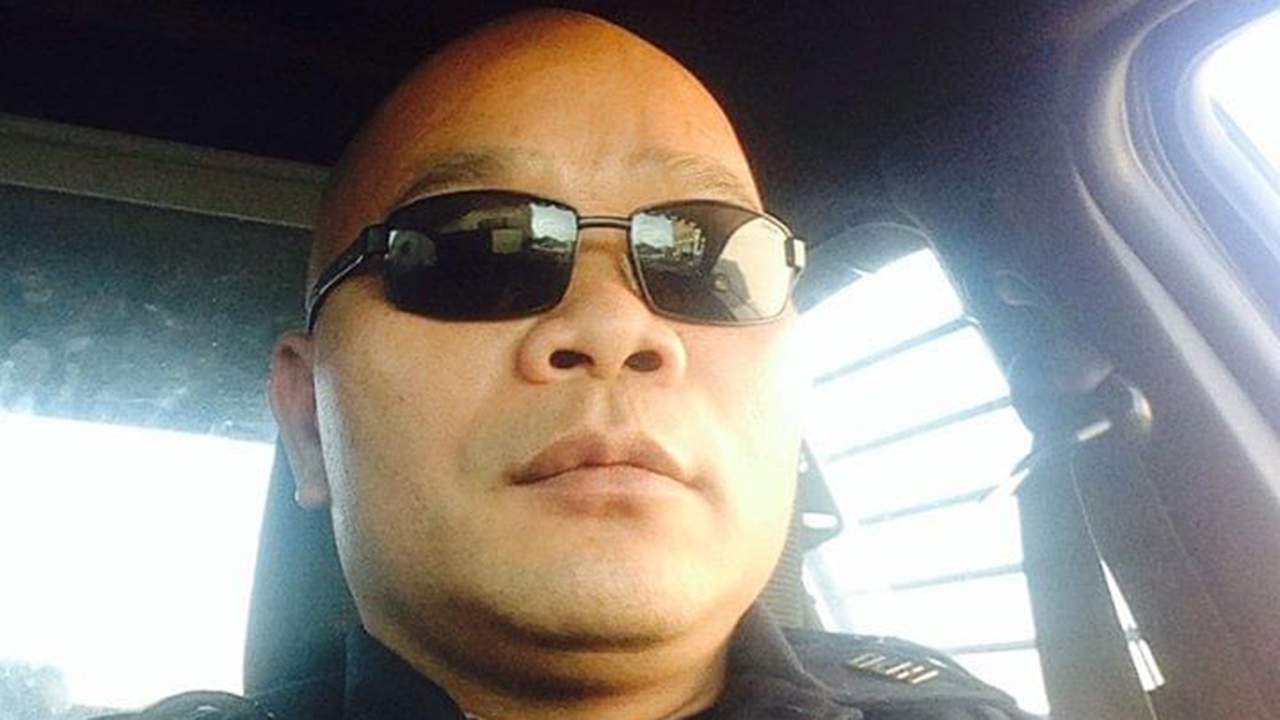 Houston – Houston Police Chief Kala Aisvedo said during remarks Wednesday that a Houston police officer on his time attended a Trump rally in Washington and then “entered” the US Capitol building last week.

An investigation is underway and Acevedo said he is “highly confident” he will be facing federal charges. He is now on administrative leave, Acevedo said.

“There is no excuse for criminal activity, especially from a police officer,” Acevedo said. “I cannot tell you the thought anger of a police officer and other police officers who think they have to go to the capitol or members of the military or the secret service.” And so our commitment in the Houston area is always to the rule of law. And it makes me sad to report that we have that one officer. And I want to announce it here because it is fact. And I’m trying to relax on Sunday night, I got my email with me and a member of this community sent me a picture showing the officers doing anything, with a Trump flag, face covered and The first thing I did was I went to the person’s Facebook confirmed that it was one of our officers. Keep in mind, everyone has a First Amendment to join the First Amendment Activity, but I first wanted to make sure that they don’t go beyond that and do something illegal and I can tell you that it’s more likely that This person will be charged with federal charges and rightfully so. “

Sources reveal that the officer of KPRC is Tam Din Pham. A source in KPRC 2 says that he was released from duty this morning.

Acevedo said Pham has 18 years of service with the department and has no previous disciplinary issues. The chief said that he traveled to Washington alone.

Law enforcement tells Channel 2 that they are also investigating several other individuals in the South Texas area for their alleged involvement in the attack on the US Capitol. The source indicated that none of them investigated who are members of law enforcement.

Potential criminal charges against the individuals allegedly involved are expected to come out of Washington DC as it is the focus of extensive investigations. However, local federal agencies are providing assistance in the investigation process.

Acevedo said he found officers could be involved on Sunday and reported to the FBI and a joint investigation was launched.

The chief said that he gave 48 hours notice to the officer to meet him.

“Let’s see if he shows up,” Acevedo said. “There is no excuse (for this), especially from a police officer.”

KPRC 2 is working to get more information about this officer and will report what we know as soon as we can confirm it.

Acevedo made this remark, answering questions about public safety ahead of planned or unplanned assemblies in the city leading up to next week’s presidential inauguration.

Acevedo said there are no known threats to Houston or the county, but described the area as a “hotbed” of activity for right-wing nationalists and hate groups.

The chief said that effective 6 am on Friday, officers will perform a modified “all hands on deck” posture in the area and officers will not be able to take extra days from January 20. This posture will be resumed after the inauguration.

The airports were of particular note. Acevedo said the area’s airports would not become protest zones and a safe environment would be maintained.

“If you start acting a fool, you will be asked to leave,” he said.

The department is monitoring social media and asking the public to report the things they see to their local authorities and the FBI.