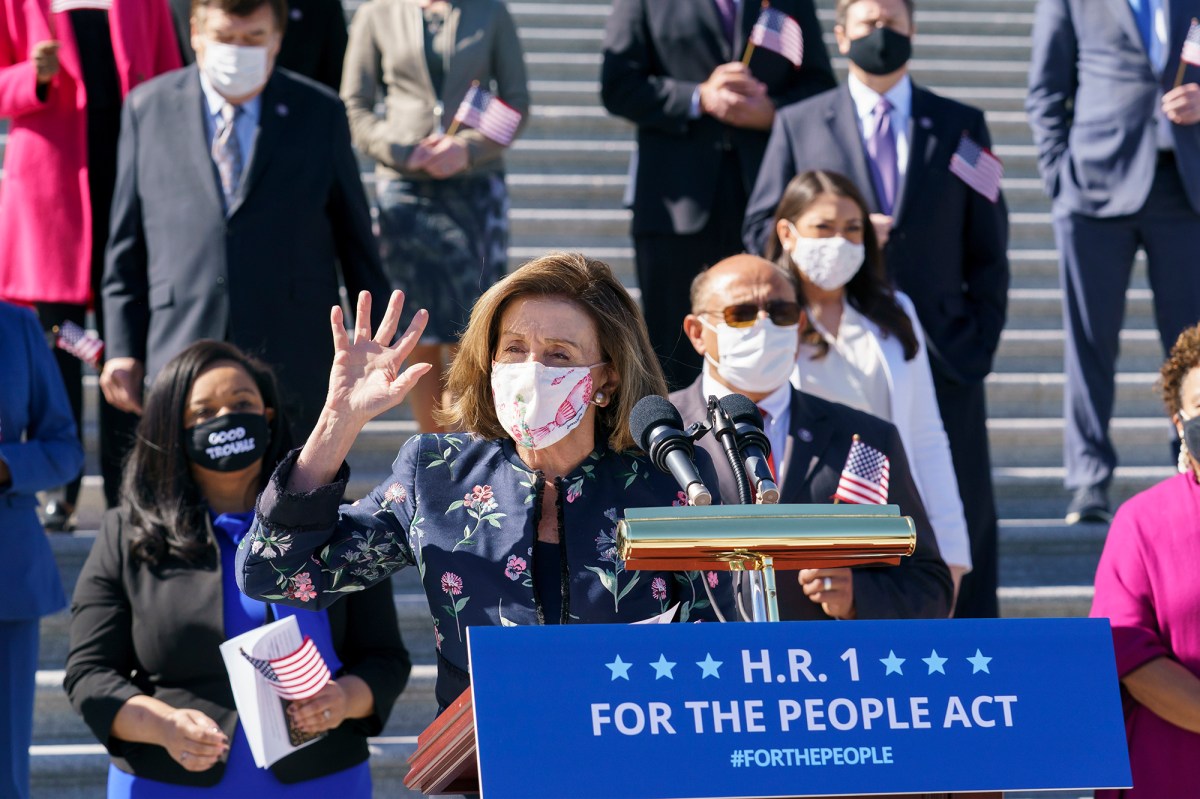 House leaders decided to scrap the expected votes Thursday due to reports that supporters of the QAnon conspiracy theory may attempt to storm the Capitol in an implausible plan to return former President Donald Trump to office, according to a Democratic congressman.

The Capitol complex is surrounded by 8-foot fences with non-scalable barbed wire and is still guarded by hundreds of National Guard members after the Jan. 6 riot on Capitol Hill, during which a crowd of Trump supporters rallied crashed into the building and disrupted certification. of President Biden’s victory.

But House leaders were fearful enough of another assault to move voting from Thursday to Wednesday night, Rep. Jim Himes (D-Conn.) Told CNN.

“Obviously, from a security standpoint, it’s better that we scatter to the rooftops rather than concentrating all in one building,” Himes said.

But the Democrat, who is a member of the House intelligence committee, said he was doubtful that anyone could violate the Capitol given the intense security.

“Capitol Hill, and I am sad to report this, is still an armed camp. There are heavily armed and armored National Guards all over the place. There are still fences. You can’t approach the Capitol without identification, ”Himes said.

He added: “Unless there is a very well-trained force on their way to Washington, DC, they will encounter security as they have never imagined before.”

The House will vote late into the night on legislation that includes a police reform bill so it does not have to meet on Thursday.

The threat reportedly involves online conversations about the theory that Trump will return to power because March 4 was historically a date for presidential inaugurations, before it was changed to be January 20.

The Jan.6 riot on Capitol Hill occurred after Trump supporters easily pushed themselves over the fence to the waist and approached Congress. Thousands of people who attended a speech by the then president near the White House descended on Capitol Hill as members of the crowd fought police to enter the building.