April 11, 2019 Science Comments Off on Hours of the Israeli ship Beresheet from the landing of the moon 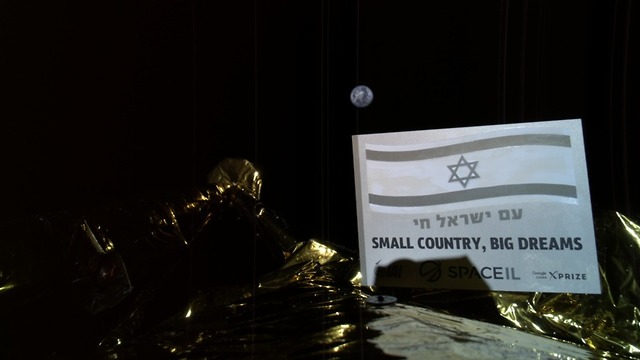 After a $ 100 million investment, a four-year construction process at Israel Aerospace Industries and SpaceIL, and a six-week space trip on Thursday night, Israel intends to become the fourth country in the world to land a ship Space on the Moon If successful, Israel will join the United States, China and the Soviet Union as the only ones that have achieved this goal.

Nine years ago, Israeli businessmen Yariv Bash, Yonatan Weintraub and Kfir Damari spontaneously decided to have a drink in the pub to raise money and participate in the Google Lunar X Prize competition to obtain a spaceship on the Moon. Together they formed SpaceIL and began to launch their dream.

On Thursday night, around 10:15 p.m., his spaceship, known as Beresheet (Genesis), is expected to touch earth on the lunar surface. The operation will be conducted by a control center in the Israeli city of Yehud, about 12 km southeast of Tel Aviv.

Beresheet is currently in orbit around the moon at 6,000 km / h, and will begin its autonomous descent to 25 km above the surface and 800 km from the landing site.

To control its landing, Beresheet will simultaneously fire all nine engines for 15 minutes. When it is 5 km above the surface,

The vessel's laser instrument to measure height will begin to update the computer over the ground level distance so that it can synchronize its motor function.

The ship will stop advancing when it is one kilometer above the surface of the moon, 40 seconds after landing. When it reaches a height of five meters, it will turn off its engines used to brake and will fall to the surface using four legs specially developed in Israel to cushion the blow.

After landing, Beresheet will take a selfie and send it back to Earth using NASA satellites recruited to help the Israeli space mission.

Beresheet image of the dark side of the moon.

The ship will continue to operate for another two days, during which it will conduct a study of the magnetic field of the Moon, led by the Weizmann Institute of Science in Israel. The temperature of the surface of the moon, which can reach 127 degrees Celsius, will leave the ship inoperable, although the laser on board means that it can be used later for scientific research.

A lot can still fail before landing, such as a communications failure, a malfunction of the computer, the failure of one or more engines that will hinder the speed to land properly or even the spacecraft that lands on a rock and falls down.

The landing site was chosen in advance for its relatively flat surface, and while the landing legs could stabilize Beresheet in some cases when landing in an area that is not completely sandy, they are not fail proof for every situation. In the case of a problem at the beginning of the descent, the ship is programmed to return to orbit the moon and wait for instructions from the control center in Yehud.

So far, the SpaceIL team has successfully solved a series of setbacks, such as a malfunction of the starship tracker of the spacecraft and an unexpected failure of the computer. What is certain is that the team at the control center, along with the entire country, will follow a small spacecraft from a small nation while trying to make history.